Thanks to all those who farmed, cleared, linked, recharged and even just muled keys from place to place as part of the Ely Starburst 2021, which saw Cambridgeshire, Norfolk and Suffolk illuminated with a heavenly radiance centred on the world famous Ely Cathedral.

This year we decided to use four anchor portals, splitting the figure into four quadrants and producing a Christmas Cross where the four regions met in the centre: 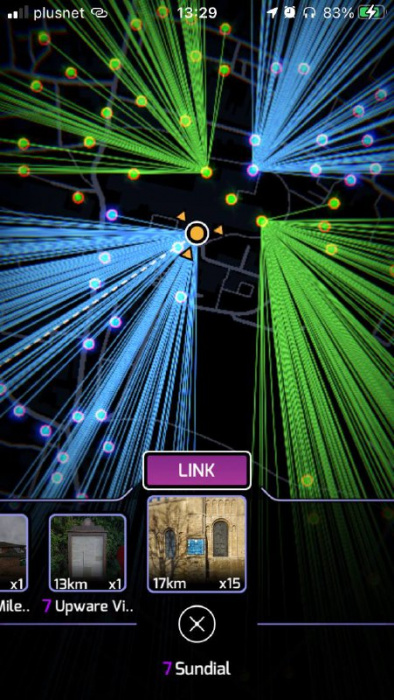 The central hub was an awe-inspiring sight, with the sky criss-crossed with links all converging on the mighty stone building:

Cross faction cooperation proceeded very strongly and smoothly with this event, even when the odd misplaced link sent Agents out of their way to flip and rebuild the odd problematic portal. As the Starburst grew and grew, we moved into the territory of one player after another who didn't know about the plan, but an organised effort to contact and recruit uninvolved Agents paid off, and by the end we made an amazing total of 1510 links with only a handful of minor mishaps.

The linkers for this operation were: 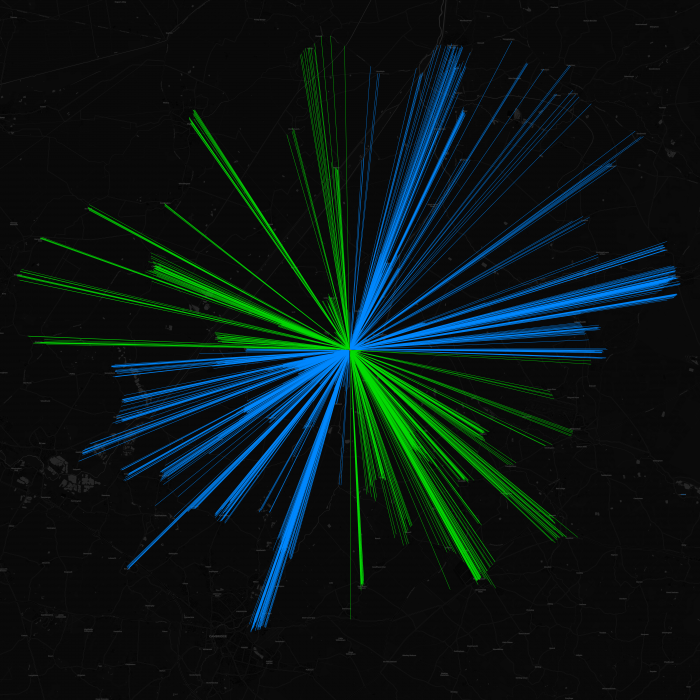