Three weeks ago, I was thinking about maybe I could get my second level 16 this year, I was at 14 at the time and asked agent Scruive, if I could use his link plan for lots of ap in a short matter of time. He said yes, and then I thought, why not try to make a new world record from level 1-16 and get my third 16 this year. Farming the keys began. Most keys were farmed by myself in a dark forest alone 14km bicycle ride away from home. Agent Scruive helped me with farming some of the keys and he had some keys beforehand. He also supplied all the Jarvis and SBUL that were needed. On monday when the 2x AP event started I got 20 million AP in 2 hours. On thursday we went to farm the last keys needed for the record attempt. We had 101 keys to 40 portals. On friday night at 1:28 I recursed and started linking as fast as I could with Scruive deploying the portals. We only had me and Scruive there so I had to deploy SBULs too. At 4:11 I was back at level 16 with the new world record made at 2hours 43 minutes time! 3746 links and 7054 fields were created. There also was some ghost links and on the last portal that I had to link, my game crashed for the only time and it took longer than usual to get the portals loaded... Very big thanks to Scruive for helping me in this project!!! 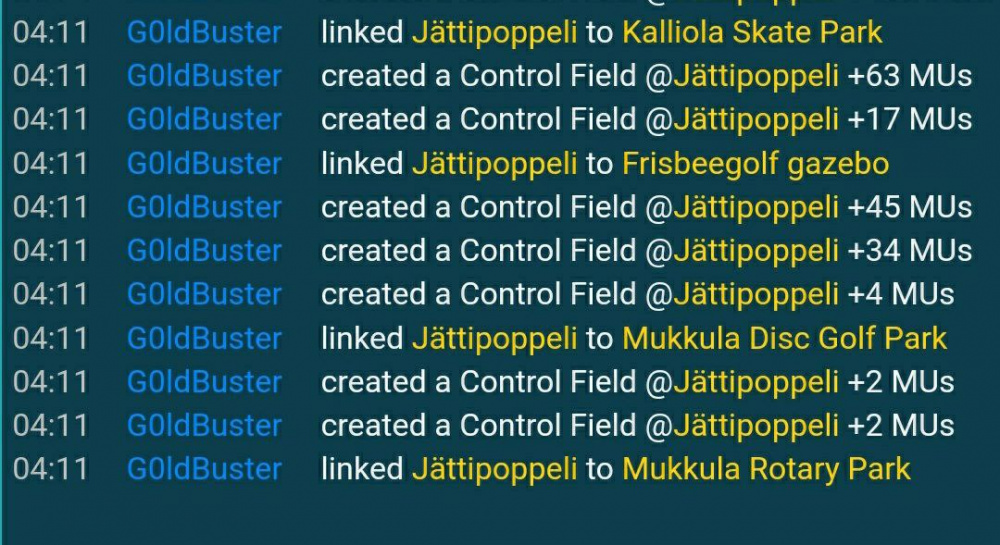