On 10th of November I had 2 portals approved: 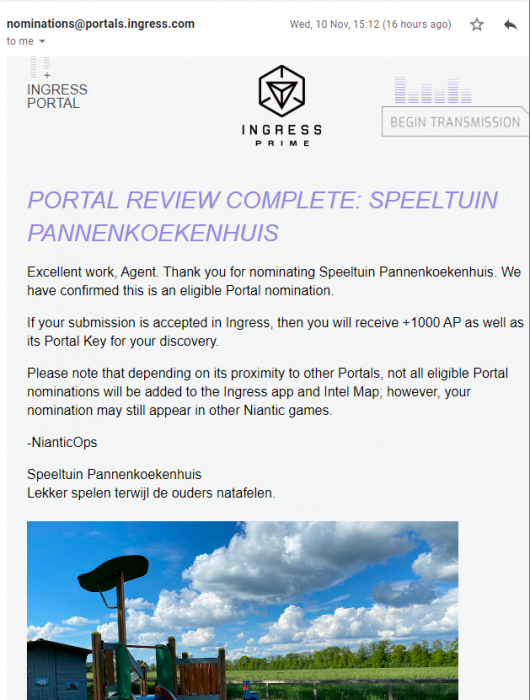 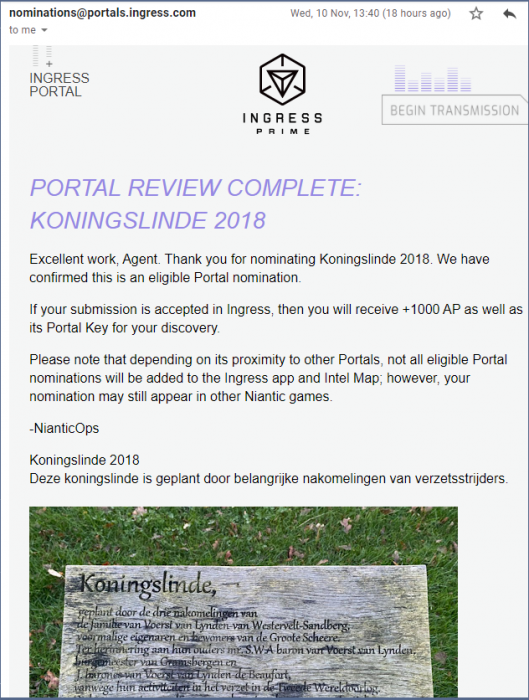 At that time no key was awarded. Over night I received the keys to both portals (so apparently the portal sync changed to not be instant anymore @NianticThia ?).

But then I went on to check my agent stats export (shown below) and there are no credits for these discoveries, while it was also impossible that these got synced to pokemon go and photo upped in this period, more so because both are not in a residential area. So what is happening here?