Agents, you may have noticed over the last two weekends there were some starbursts and fields that popped up all over the world. These starburst and fields were part of the Enlightened yearly Starbattle Competition. During four days, over 900 agents from 28 countries created links to make amazing starbursts that stretched for miles (kilometers) and fields that covered hundreds of MUs.

The first event was the Starburst Battle on the weekend of October 16 & 17th. During this event one of the teams attempted to beat the world record and nearly made it. The Wolves of Belgium started strong, but after only a few hours of throwing they ran into server issues causing them to hit the link limit of 7,294 on their portal. We immediately reached out to NIA to ask for help to try and get the servers back so the links could continue in. NIA tried to help with the problem, but it was just too much for the servers to handle. If they could have finished it may have been even greater then it was and beaten the record. But, we think this should be considered the new record for the new Lightship Servers as this is the first major starburst since the migration over. As the starbursts went up all of the agents participating were watching each other and cheering each other on. We had agents who wanted to push further in other areas after seeing what the Belgians were able to accomplish to see just how much they could get done. Our team of global watchers spent hours on Zoom talking and counting to make sure that we could get the accurate counts and stats and we can confirm that after all the excitement they were both exhausted and wanting to get ready for next year’s event. Agents joined in on an Afterparty Chat once they were done to compare experiences and how they felt about what the others had done. People were commenting on how much fun they were having and how exciting it was to be back out playing and doing things that they had missed with the pandemic. It was wonderful to see so many agents excited to be out playing.

For this year's starbattle agents went above and beyond in their preparation and during the event. We had agents single-handedly farming 3,000 keys to one portal or who joined two different starbursts in two countries on the same weekend. In London the starburst team even went for two stars on the same day, in combination with a great feast of cake and fish’n’chips. Other agents drove multiple times with their bicycle to farm keys at the 23km distant starburst portal, which made him drive 300km in total for keyfarming. Saint Petersburg and Moscow went for a starburst/field combination as well as San Diego. We had single players or two agent teams throwing starbursts in their town as well as over 200 agents working together for one starburst. Unfortunately spoofers interrupted with the starburst in Montréal, Canada.

The second event was the Fielding Battle on the weekend of October 23 & 24th. This event, even though it was smaller, was still just as impressive. Three of the five sets of teams all aimed for the 11pm UTC checkpoint on October 23rd. Agents were out as early as several hours before the checkpoint to get as many fields up as they could. In total they were able to get 159 fields up across 5 teams globally with a total of 363,988,544 MU.

We want to thank all of our organizers, location leads, intel watchers, Vanguards from both factions. Also thank you to @NianticPooja and @NianticThia for their support upfront and during the event. But most especially the agents on the ground. It was wonderful to have so many of you participate this year and we hope to see you all again in 2022!

Here are our stats for this year:

Highest number of MU (at Checkpoint)

Highest number of fields (at Checkpoint)

For Screenshots check out this album: shorturl.at/jmIKV

If you want to participate with your ENL Community the next time feel free to ask the following agents for more information: @Claudija @pandahe1en @DisasterMaker89 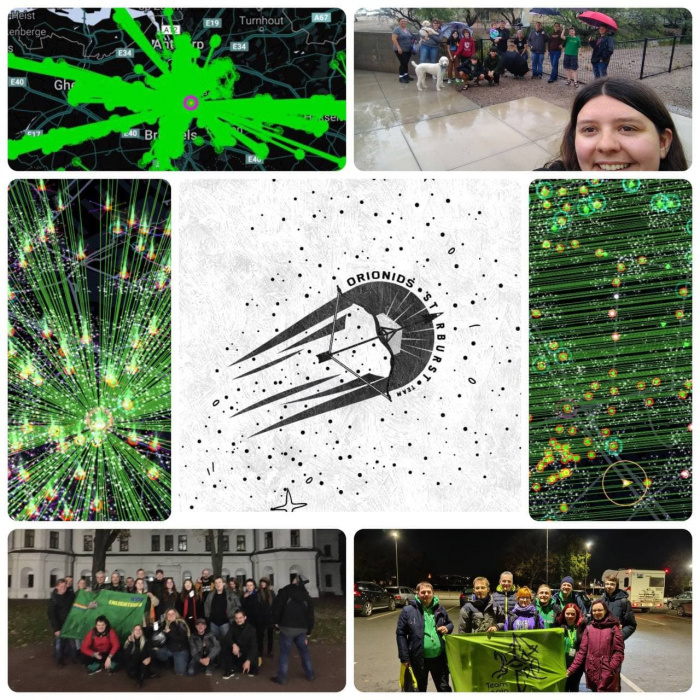