Something crazy happened: L1-L16 TWICE IN RECORD TIME - FIRST IN THE WORLD

Why run only one round when you can do it twice? Insane idea but not impossible.

All brain activity by Suiami

The best minions ever:

200 keys on each of the 40 base portals. Farmed keys in seven days with three players.

800 Soft Bank Ultra Link. Got a lot from other players and many were made in kinetic capsules.

200 ADA. Got those from other players who were part of this and some others as well.

How it was done:

There was the base that I made before starting.

The rest was easy to do. Started in the middle of the night so there would be only a small possibility for other players to come and get this mission halted with links or something else.

All linking rounds went like this: capture, four sbuls in, link your heart out, ADA and then to the next portal.

Maamesi and Pirivieteri deployed the portals and SBUL’s and used ADA’s. Dropping more keys to me meanwhile, of course.

When I was ready with both rounds after a foul hour mandatory break in between and checked up the total AP and time, I found out I beat the speed recurse world record that used to be 3 hours 20 minutes. My time was 3 hours 9 minutes.

I had become the first in the world to do recurse and max leveling two times in a row in world record time. 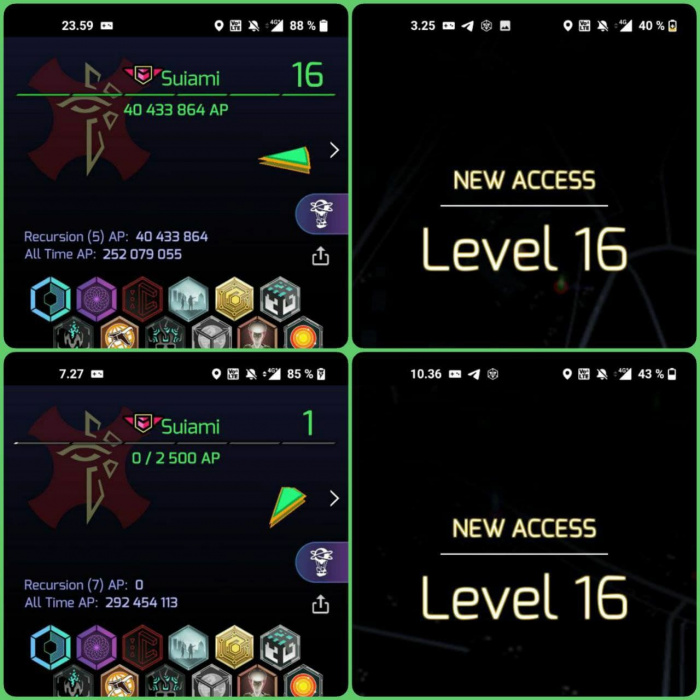