One the night before Navaratri I covered Bangalore under 9 layers of green with an average of 9.5 lakh MU per layer. Totalling over 8,49,92,291MU. Not bad, a pretty decent amount for only 9 layers. 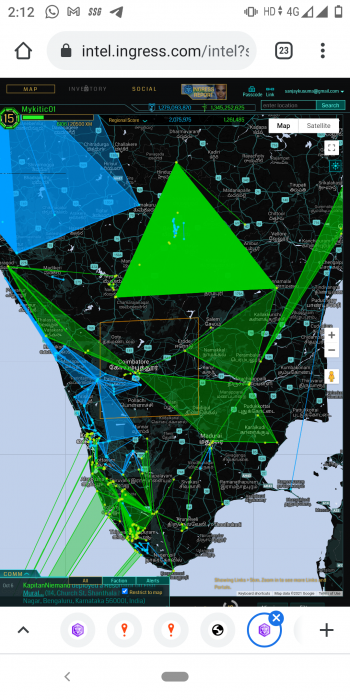 The preparations began a week ago. The place selected for layering was Nanjanagudu, an ancient temple town accessed via Mysuru, ex capital of Mysore state

I Had to be very careful since there were smurfs lurking in the area and any clue given to them would ruin all the plans. There were a lot of friendly links that had to be cleared and my fellow ENLs coordinated well with that. With @LegendSmasher being the hero, helped with clearing a long friendly link at the last moment in the most unpredictable weather of Bangalore. I left Bangalore without showing any activity and reached Mysuru, where I rented a bike and went to Nanjanagudu.

The base was a portal in Andhra Pradesh to Tamilnadu. The Tamilnadu portal was captured by @LegendSmasher a long time ago and the keys were shared to all of us. When I was travelling to Andhra Pradesh I saw a feasible plan for Bangalore cover and immediately made a link to the Tamilnadu portal. Later I made efforts to clear the friendly links and reached Nanjanagudu(around 170km from Bangalore)via Mysuru on the day before Navaratri. 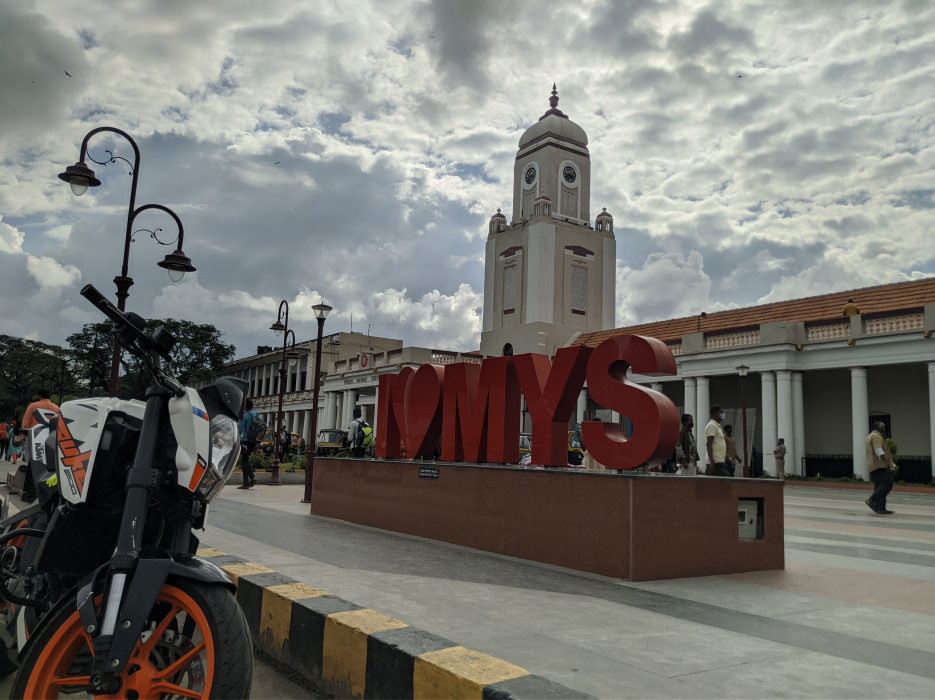 Welcomed by the beautiful colonial style railway station of Mysuru

The morning I left Bangalore, it was raining crazily here and seems like the rain followed me all the way till Nanjanagudu. There's a very old temple of Lord Shiva here. 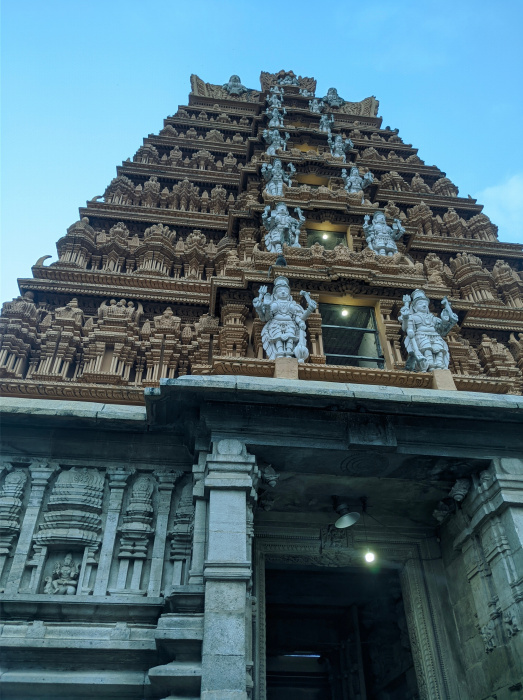 The ancient temple of Nanjanagudu

After a visit to the temple I started with layering. I could see pitch black clouds covering the sky but I had to complete my fields. The moment I made my first field rain started off like the skies had held onto the water for as long as a year. Glad I had an umbrella. There was a lot of walking required into the town to complete the fields. I walked in the rain and completed the fields. It was difficult as it was raining heavily and the streets were flooded with at least a 2-3inches of water. My shoes were ruined! Even with the umbrella I was half wet. At the end it was all worth it. Finally I stepped out after 2 year long pandemic lockdowns.

And to my treat the following day was Navaratri. Navaratri is the time Dasara is celebrated in Mysuru. The whole city is lit up with lights and processions. It's a treat to watch! 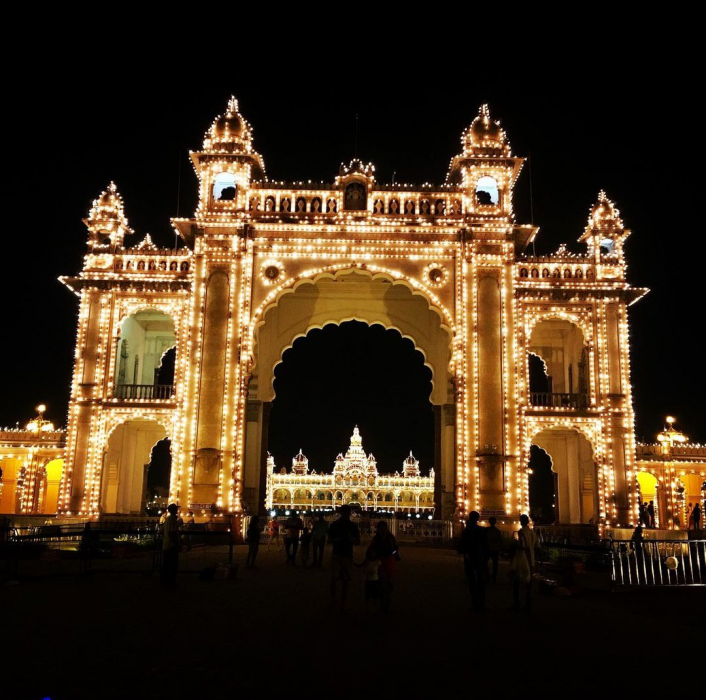 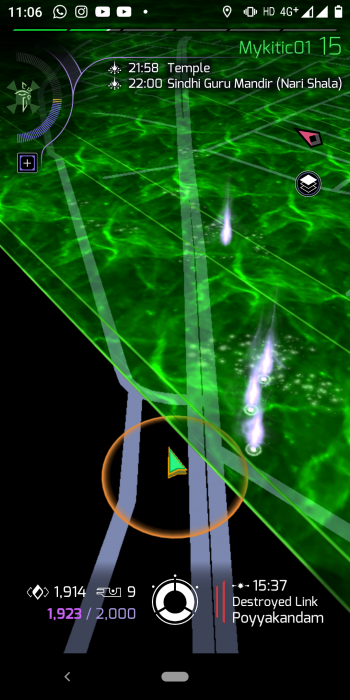