For the first 14 months of Virtual First Saturdays we visited every college campus in the state of Utah. But now, we're out of universities to visit! So we're switching things up and visiting the places in Utah where major events take place – on or around the time those events usually happen. 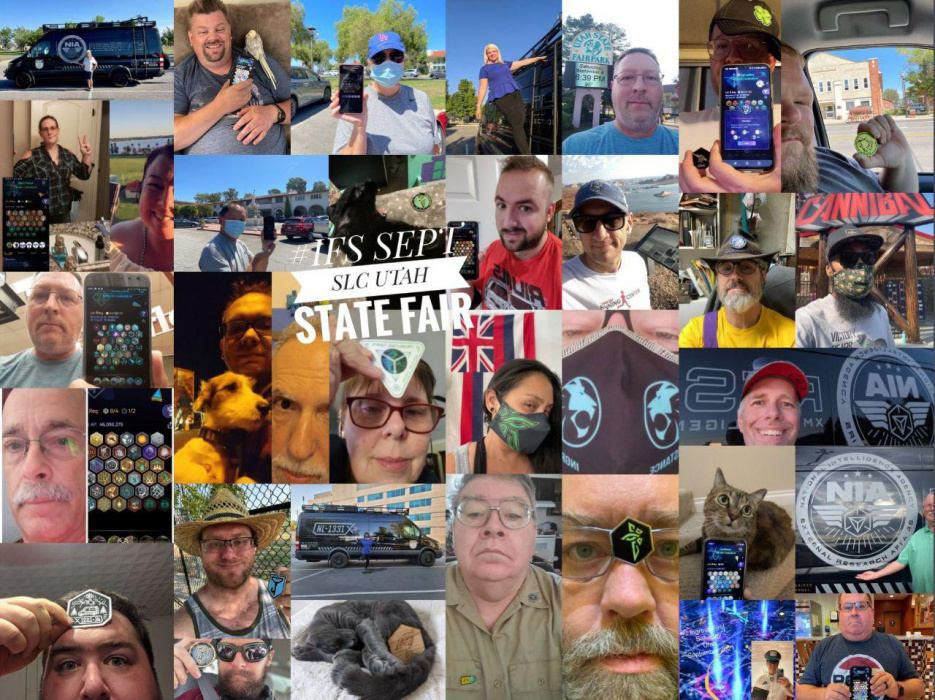 Nine years after the pioneers arrived in the Salt Lake Valley, they held their first state fair in October 1856 then called the "Deseret Fair". Although the exhibits were described as meager, the public showed keen interest and eagerly sought space to display some of the finest products from their own homes, shops, and fields.

Until the current Fairpark location was acquired, finding a home for the fair always presented a problem. The first fairs were held in several locations including the Deseret Store and Tithing Office where Hotel Utah now renamed The Joseph Smith Building was constructed, a site on State Street at 200 South known as "Market Row", 100 South and West Temple, and the "Tenth Ward Square", where Trolley Square now stands.

Even through lean years, drought, and little financial help from the Territorial Legislature, the fair managed to survive.

In 1902, the Legislature purchased the 65 acres of the Fairpark, originally called "Agriculture Park." The first building at the Fairpark was the Horticulture Building (later renamed Promontory Hall). Local architects, Walter E. Ware and Alberto Treganza (who also designed the First Presbyterian Church, University Club Building, and Westminster College's Gymnasium) designed the Horticulture Building sometimes called the "Gateway to the Fairpark" constructed on the corner of North Temple and 1000 West. It is one of the most beautiful buildings on the Fairpark, featuring a combination of early Mission Style and Beaux Arts, it is no exception to the outstanding work of Ware and Treganza.

The Horticulture Building was renamed "Promontory Hall" in 1977 and it is still used to display exhibits during the annual State Fair and plays host to many other trade shows, concerts, and events throughout the year like many of the other treasured facilities at the Fairpark.

Although in the 1980s many of the Fairpark's once beautiful buildings fell into a state of disrepair, and the grounds themselves suffered. In 1988, many of the buildings, including the Horticulture Building, were renovated. Having been condemned Exhibition Hall, originally named the Manufacturing and Mining Building, was renovated and re-opened in 1989. Now called the Grand Building, it is a major landmark of the Fairpark. In 1997, the Coliseum another of the original buildings at the Fairpark was demolished due to safety concerns.

The Legislature privatized the Utah State Fair Organization in 1995, giving the gubernatorial appointed board of directors a mandate to make the Fair profitable. The desire was to allow the Fair to no longer be subsidized by taxpayers. The Fairpark Staff works diligently to establish year-round events at the Fairpark to ensure there will always be a Utah State Fair.

The Utah State Fair has continued to promote Utah and its products with events by the Utah Dairy Council, Utah Beef Council, Utah Wool Growers Association, and the Utah Farm Bureau. "Utah's Own" Food Court features locally grown and prepared foods from around the state. The Utah State Fair strives to blend the best of Utah tradition and heritage with new technology and modern ideals.

Despite the COVID-19 pandemic, the 2020 Utah State Fair proceeded as planned, albeit in a slightly modified presentation. The theme for that year's fair was named "A September to Remember", as a reference to the modifications made due to the pandemic.

We're had a great time centering our First Saturday around this terrific event!