Miketrevis ✭✭✭
August 2021 in The Investigation

After the Nemesis events, the disappearance of the Niantic Magnus and above all the revelation of the evil of the Shaper and the Nzeer, all this together with the purification of the exotic matter has led to a less "mystical" vision of the world (that mysticism characteristic of Jarvis and the acolyte but that also characterized Jahaan and his blind faith towards the N'zeer) and more oriented to faction values.

If we have found answers to a great many questions, it is also true that there are new questions to which it might be interesting to hypothesize an answer.

One of these is the strong perception, through myths and legends around the world (but also based on the resonance spectrum of primary artifacts) that there may be 13 different exogenous and not just the 3 we are aware of. If the Undine decided to create a tessellation that controlled the influence of the exogenous in the world why didn't it have to deal with the other ten entities?

I believe it was not necessary, or at least not on this "plane of existence". Nine of the remaining exogenous would in fact exist, but on three different planes of existence from ours (with 3 dimensions for each plane). The first exogenous (personification of the duality from which the other exogenous would be generated) would exist in a thirteenth plane of existence/unexistance that we could identify in the Ultimate.

The planes of existence of the same node can be seen as parallel worlds but in reality they are different and at the same time in "agreement" between them thanks to the resonance of the portals. Are not worlds generated by the infinite possible choices made by sentient entities in time, but different levels of the same universe, one over the other and inaccessible to each other.

Let's imagine the 4 planes of existence as 4 sides of a tetrahedron, (each of which is actually three-dimensional) inside the tetrahedron there is the substrate (monodimensional) from which the exotic matter emerges through the portals on each of the four sides. Each side of the tetrahedron, that is each plane of existence, has its own tessellation that we can interpret as a pyramid adjacent to that of other 3 nodes (one on each side). 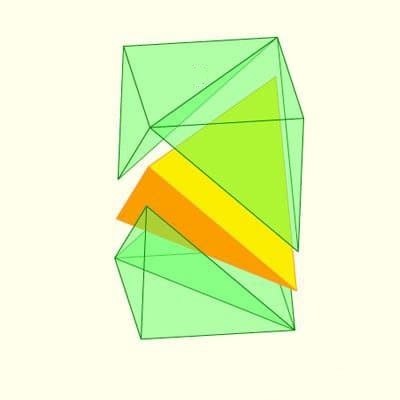 In the beginning the Exogenous was one, the Silent Eno (Ylno Eno).

Eno was infinite pure exotic matter, unaligned XM, the only constituent substance of a unique universe .

The very nature of Eno, the one, was the cause of the creation of the first parallel universe.

The silent Eno became the Laud Eno, becoming aware of his duality and involuntarily creating the multiverse: the dialogue with himself is still the basis of the multiverse in which we live.

In a continuous agreement and contrast with himself, the Laud Eno generated all the matter divided into four different planes of existence, each governed by a distinct new exogenous entity: Undine, Shaper, N'Zeer and Triskell (whose choices generated additional parallel universes).

And so it was that in the plane of the Undine, Shaper and N'zerr began their struggle for the control of humanity, while in the plane of the Triskell they work together to extinguish the eternal fire of this plane. And so it was that in the Shaper plane, Undine and Triskell are the cause of cataclysms that threaten the vital Shaper artistry while in the Nzeer world they collaborate to counter the sterile and cold rationality of Nzeer technology. External to all this Laud Eno lives in a fifth plane of "existance-unexistence", the Ultimate. 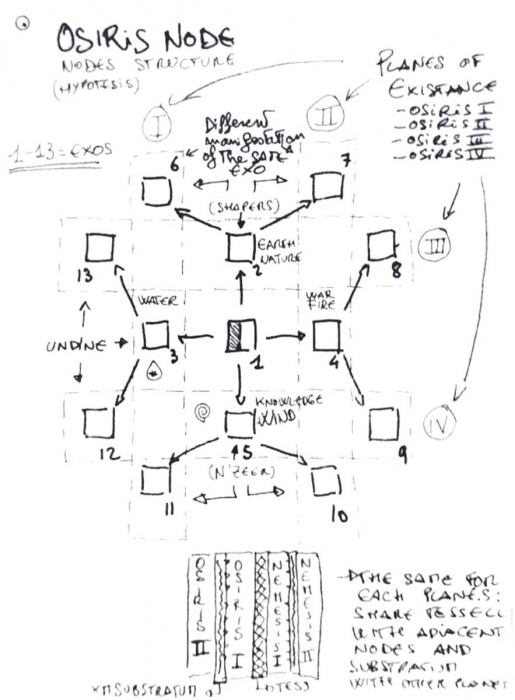 Humanity, since his appearance in matter, the only sentient being generated by the randomness of the multiverse, has always tried to explain, through myths and legends, the structure of the world, intuiting the existence of different planes also thanks to the influence that exotic matter has always had on his mind. In all planes of reality, in fact, for one reason or another the exogenous has been banished beyond a barrier (called tessellation) in an extra dimensional space ensuring the survival of mankind at the expense of the immediate understanding of the universe as such. Each tessellation has different origins but the nature of the exogenous itself has meant that its structure was the same in each plane, essential for its proper functioning and effectiveness.

Our plane of existence is the one ruled by the Undine (the first plane) and here they are the ones who have created this barrier for us, along with its control system: the thirteen primary artifacts (prime object) and the 13 archetypes, thirteen as the number of existing exogenous in all their different forms.