I had never been to Portland before - I was excited to make a visit. The drive from Sacramento was long but I worked and entertained myself the best I could. 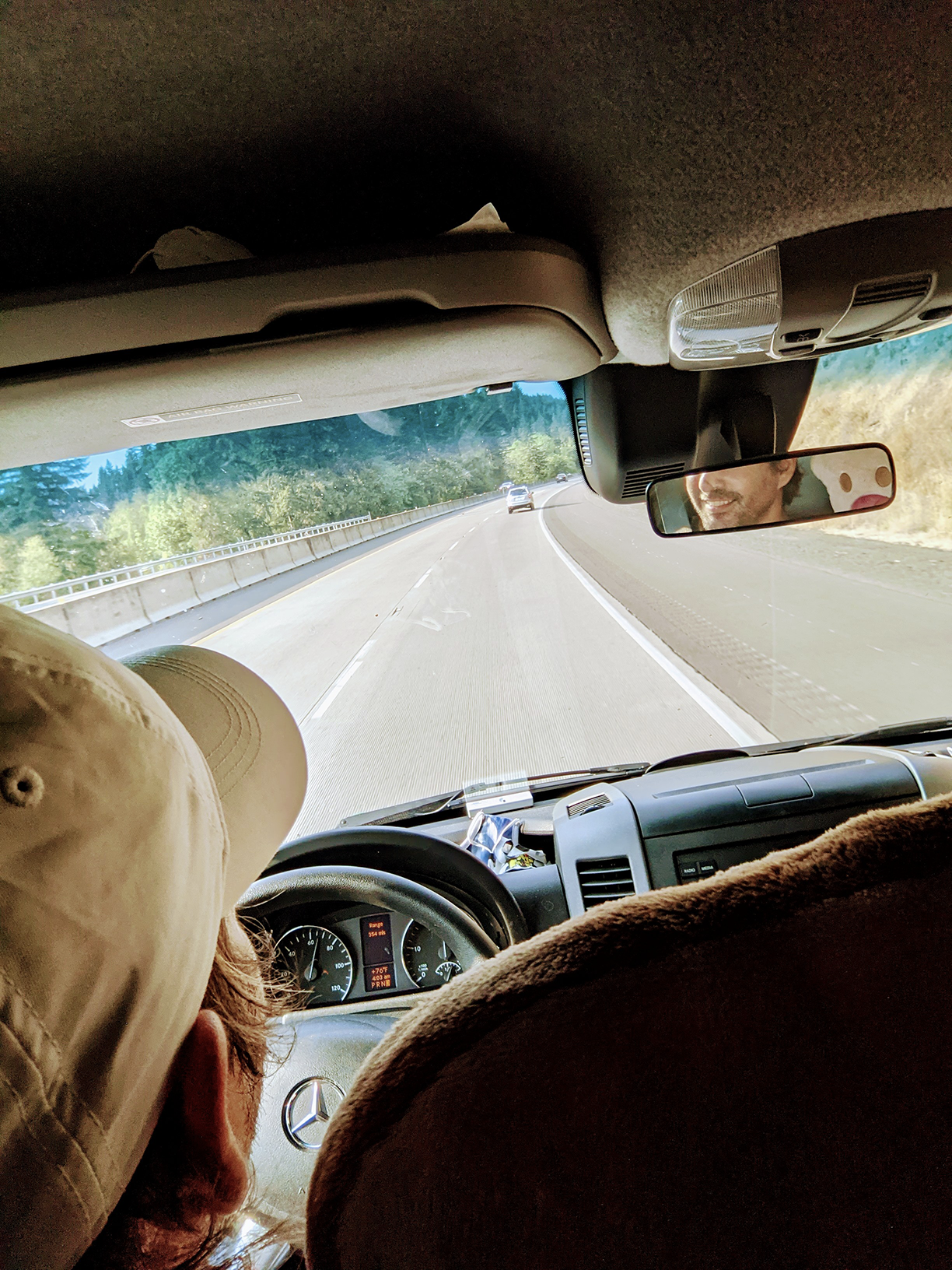 The weekend was pretty packed from an event perspective with it being Level 8 Weekend, the NL-1331X meetup, Ingress First Saturday, AND Second Sunday all happening and I tried my best to pace; not sure how well I did. 😅

Friday night, I was invited out to join some Portland Enlightened for dinner and some drinks with @qingdai, magrub3r, syracuse, PieGolem and a few others (including an adorable doggo!). I probably stayed out later than I should have but it was a great time. For the first part of the evening, I listened to the group tell stories about Ingress and share memories; a smaller group of us switched to a different location and I had a really good time laughing, joking, crying, and getting to know some pretty amazing people and who they are outside of the Ingress world. Oh! And I hit level 15 again on Friday night. 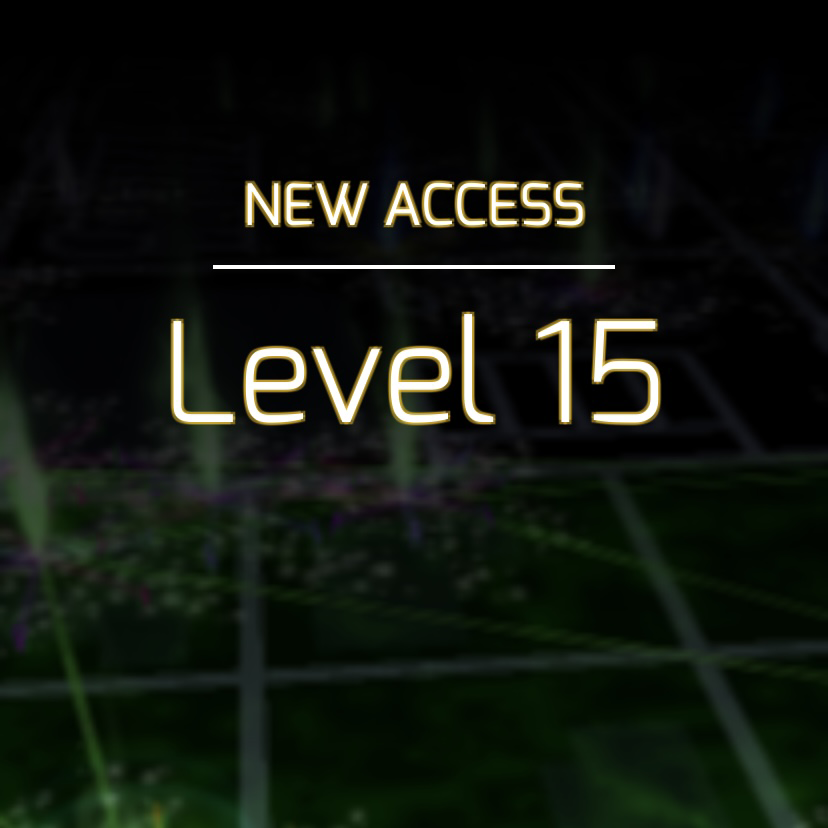 Thankfully, I didn’t feel too horrible Saturday morning because it was GO TIME. We made our way over to the restaurant, Kenton Station, that was graciously hosting both the IFS and NL-1331X meetup. A BIG thank you to @onyxgd2 (ENL) and @Sunnywoods (RES), and all of the organizers around the world, for doing what they do for Ingress First Saturdays; I’ve been the ENL host for a fair number and I know how that can be.

Portland had a handful of additional Niantics on-site besides Ethan and me. Carlos (one of our client engineers), Chiaki (our event designer - though her last day was yesterday and I miss her already 😔), and Shivaun (a part of our product team) were also available for those in attendance to chat with. Most of the conversations with me were similar to those from Oakland and Sacramento: my Ingress background and missions. 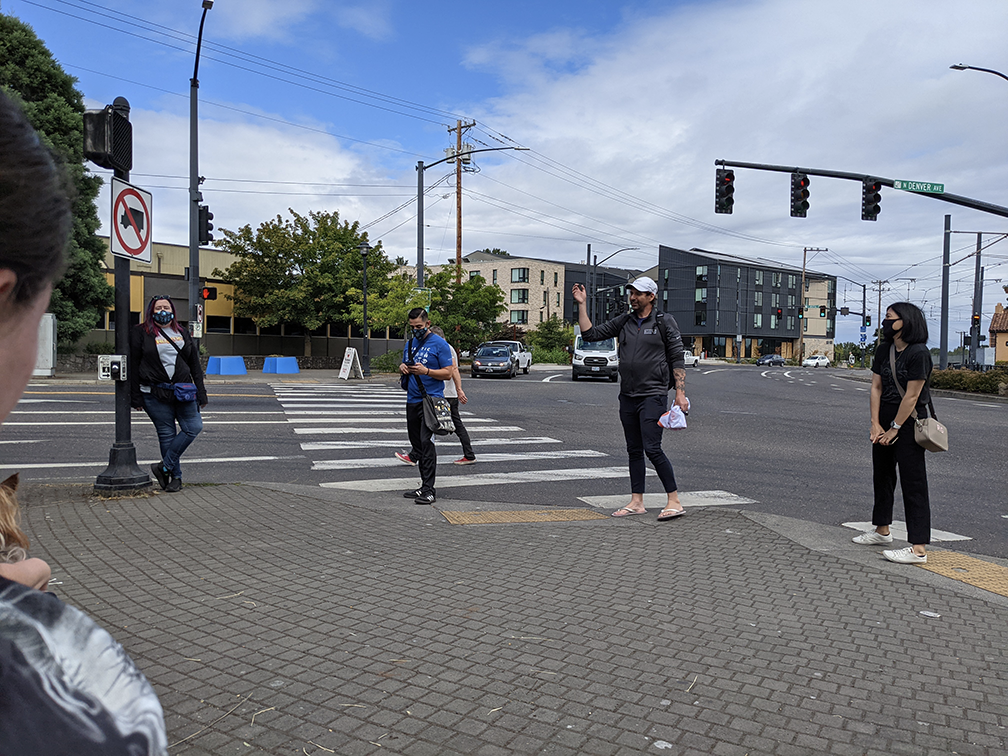 We did a group photo by the ginormous Paul Bunyan statue and then set up for the rest of the event: Ethan distributing purchased items and I did the character biocard give away. 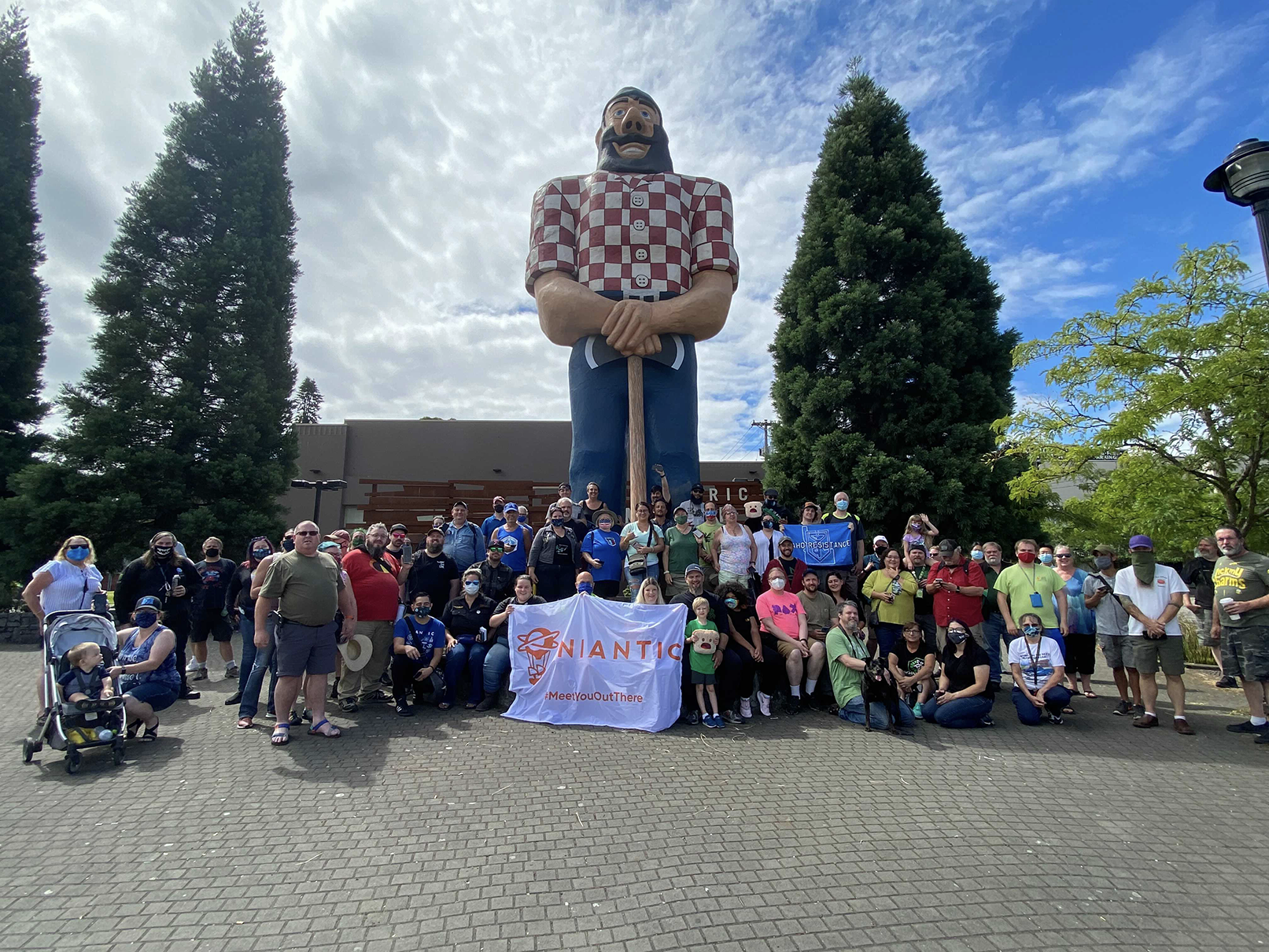 First up was @cypherone (RES) taking home a Hank Johnson biocard for having the most current Silver medals (at the time) on their scanner. 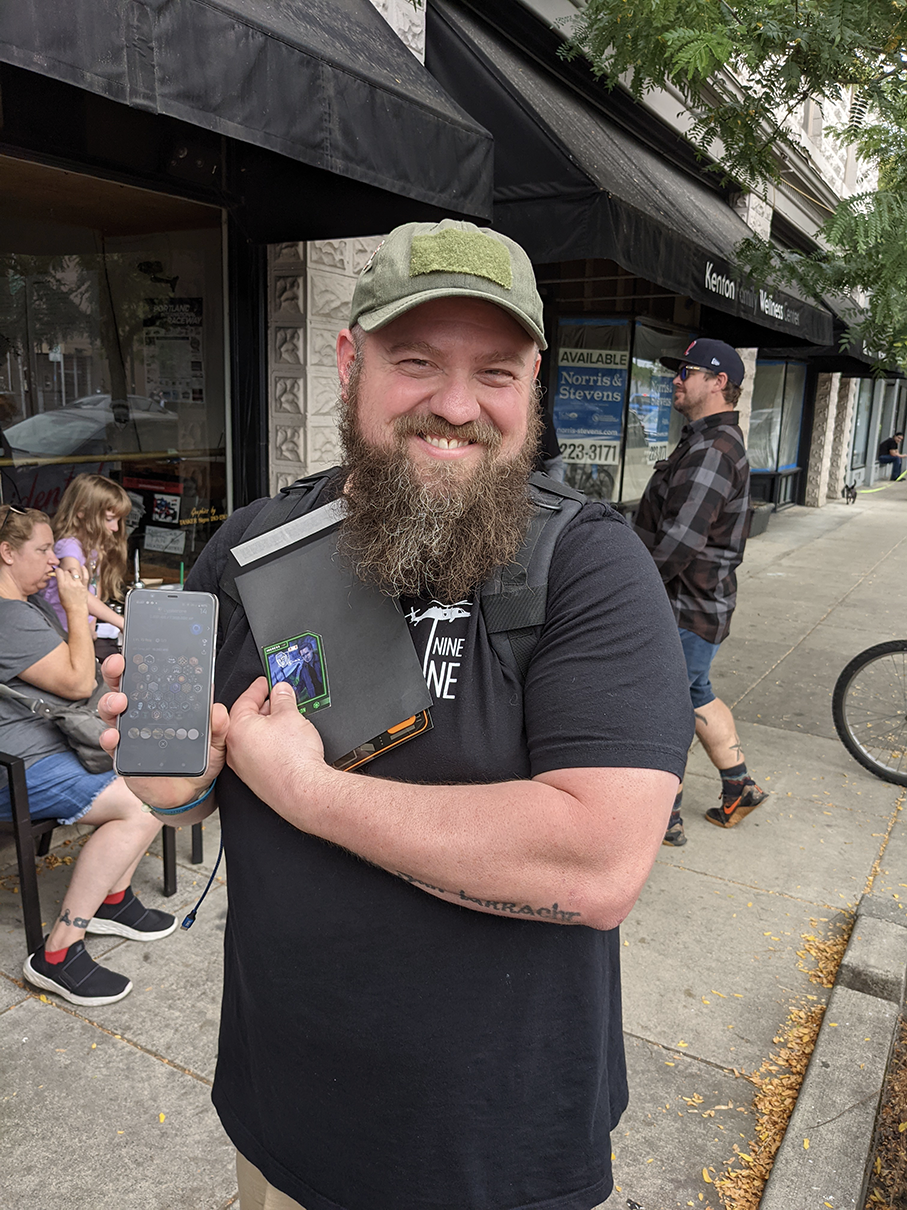 Next up was HulkSmash (ENL) with 42,051 on the Pioneer badge and being gifted a different Hank Johnson biocard. 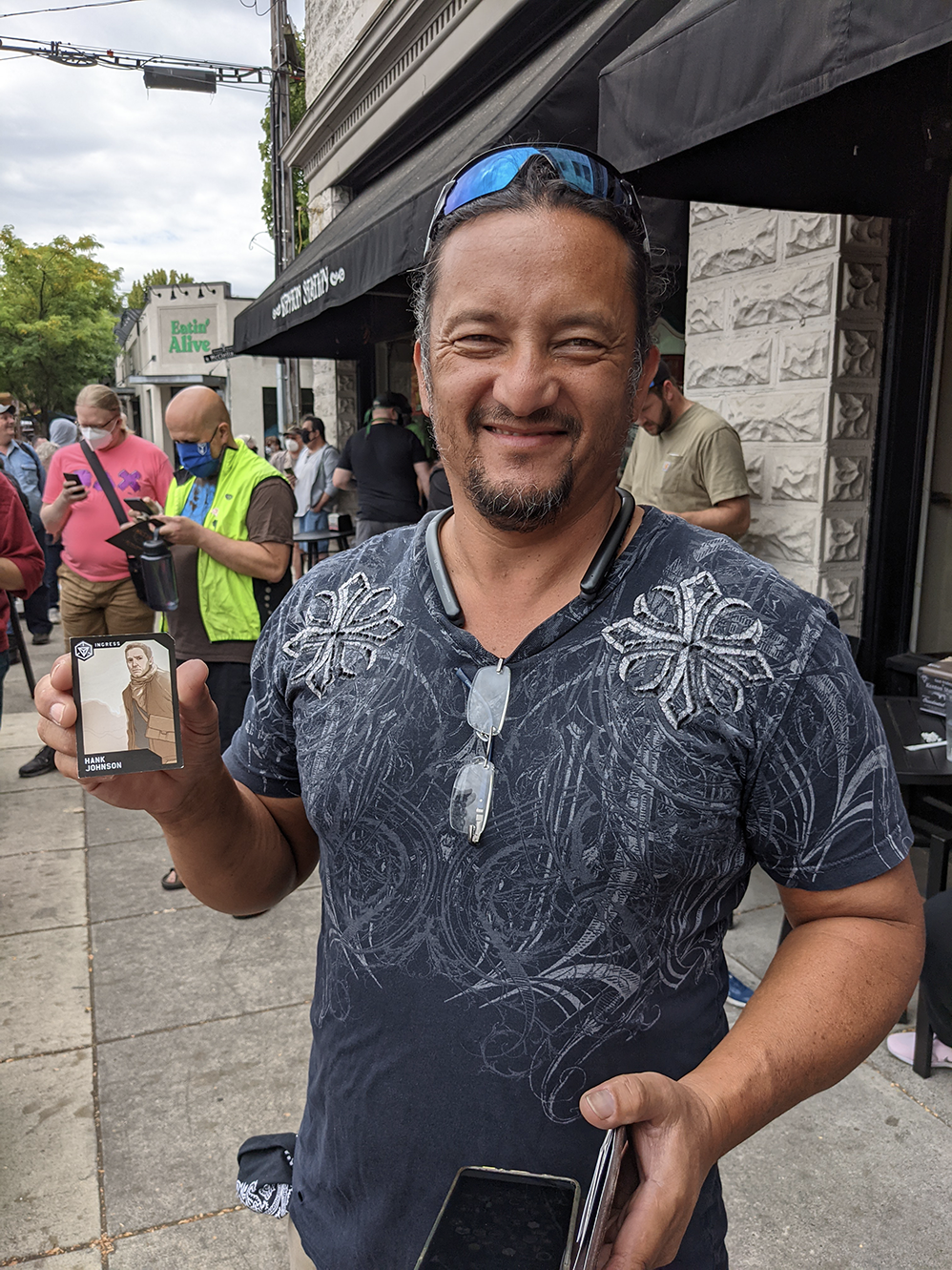 For holding a portal for 1,068 days, @littlebitojas (RES) received a P.A. Chapeau biocard. 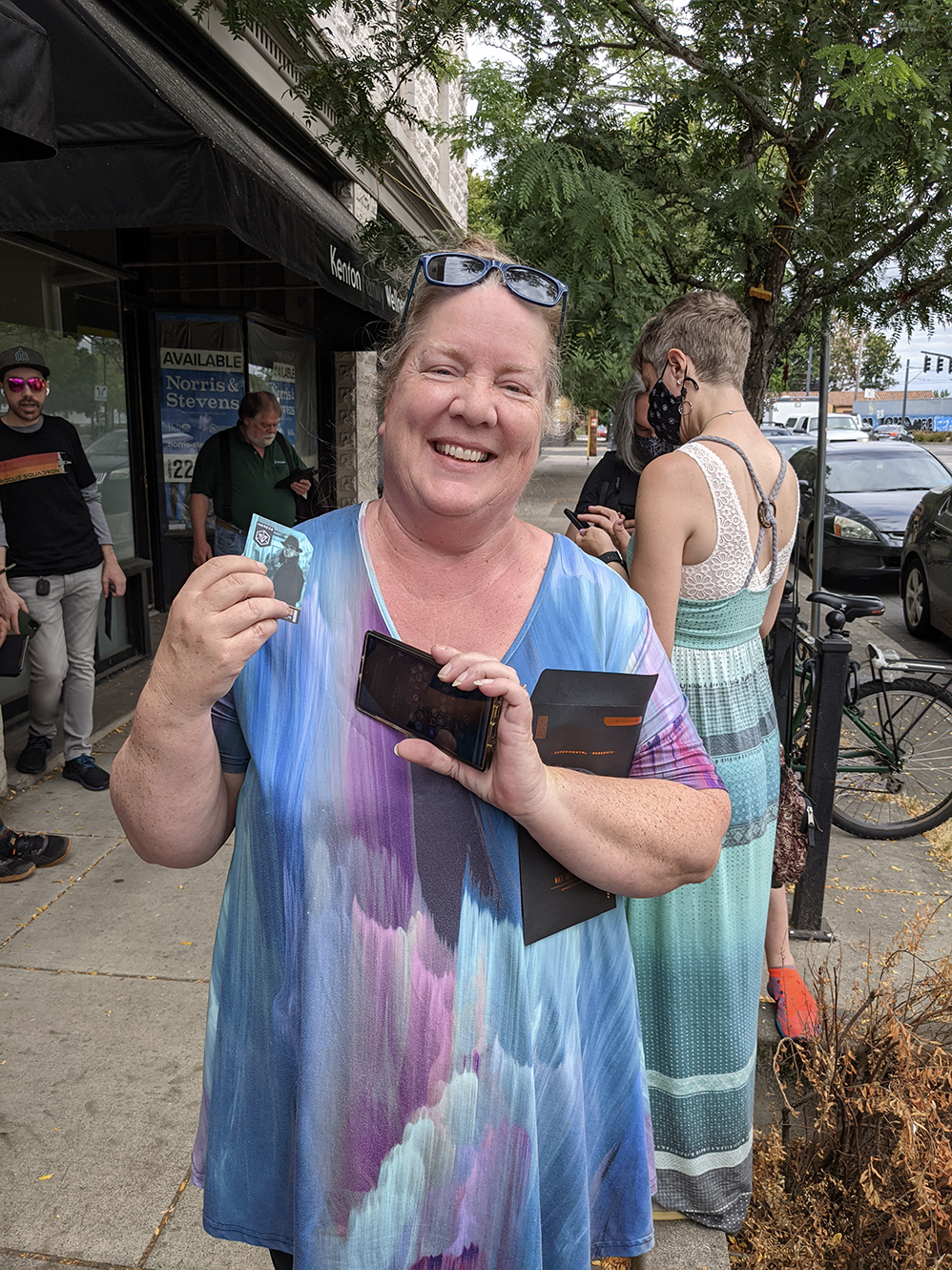 Since it was First Saturday, I did a giveaway on that (note to self, don’t do this one again because I almost ended up with a 3-way tie!) and @Laing (ENL) has apparently done every single First Saturday since it started and received a Devra Bogdanovich biocard for the 31 events (note: this does not count this month’s as those haven’t been awarded yet). 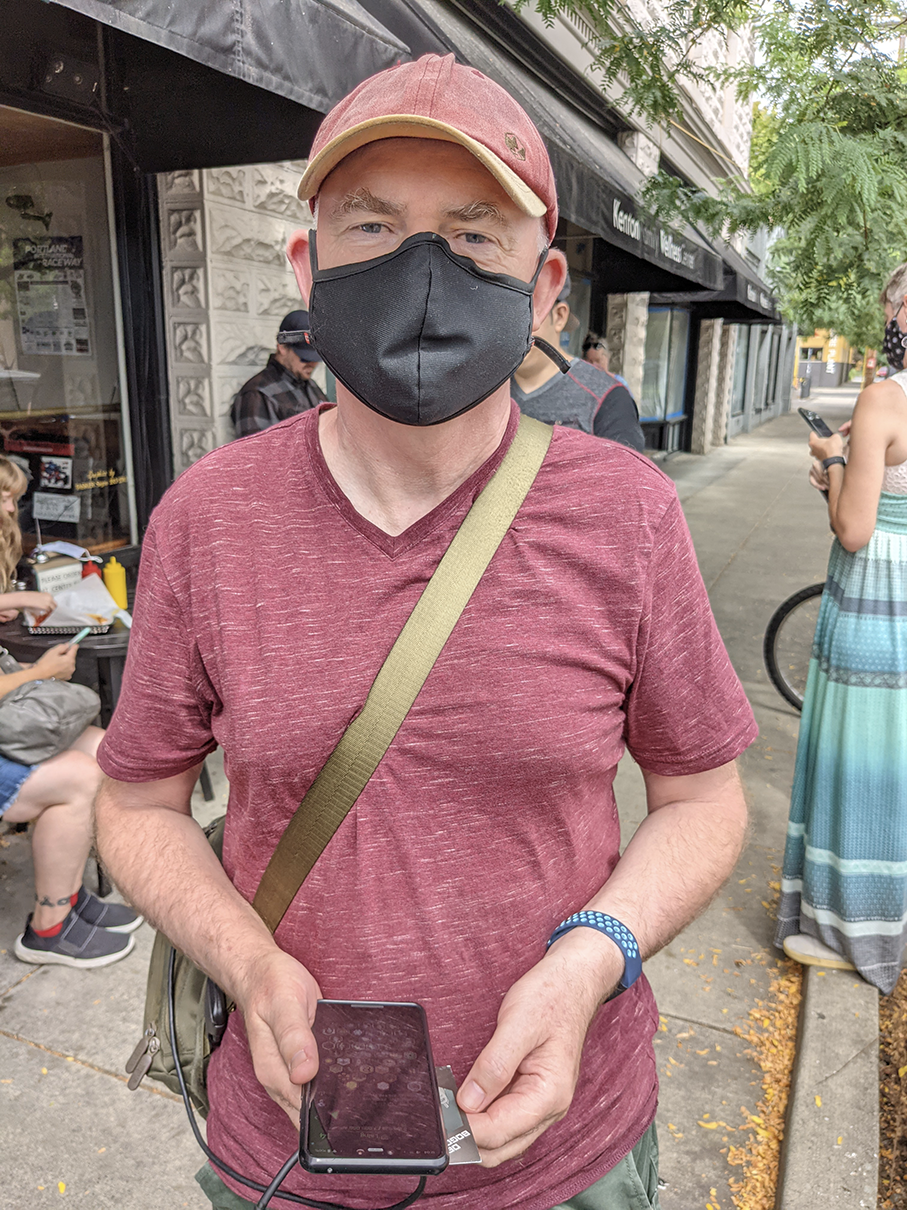 Finally, we wrapped up the giveaway with @littlebitojas (RES) taking a Klue biocard with the final stat: largest single control field of 4,288,821 MU. 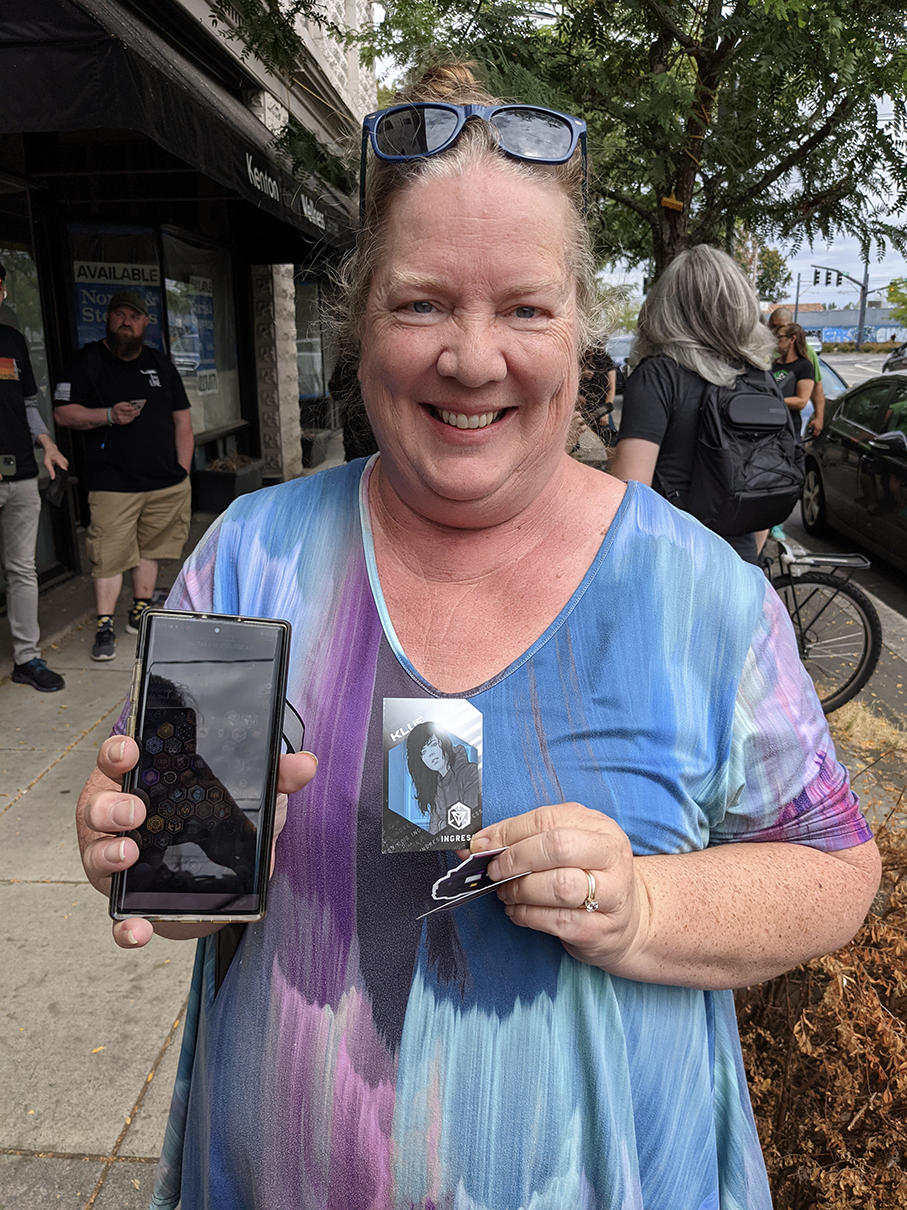 Once that was done, I went back to mingling with Agents - passing out some free things (stickers, an NL1331X Summer Tour postcard I had made - some wanted autographed???, etc) as well as finally getting to meet some folks that I have only interacted with on Telegram or the scanner as a player (I’m looking at you Pabrana (ENL), @CliffM (RES), and @vidicon! (RES)).

Other highlights for me included sharing a personal moment with @shellisxena (ENL) that had both of us wet in the eyes, seeing @HokeyBugle’s hybrid 1331 car and his OPR safety vest 🤣, and being in awe of @legionswagmaste’s binder full of biocards. (I really need to make me some biocards!)

After the event, I went back to the hotel and immediately passed out and was almost late for dinner with the coworkers over at Hawthorne Asylum. I called it an early night because I knew what my Sunday was going to entail…

Missions… I was able to take part in Ingress Second Sunday as Portland had previously hosted an Official Mission Day. I met up with @HokeyBugle (RES) and we did our 6 missions and got our badge tick.

I also finally got my platinum SoJo badge (I shake my fist at this badge!) and I spent the rest of the day wandering around and doing banners solo. 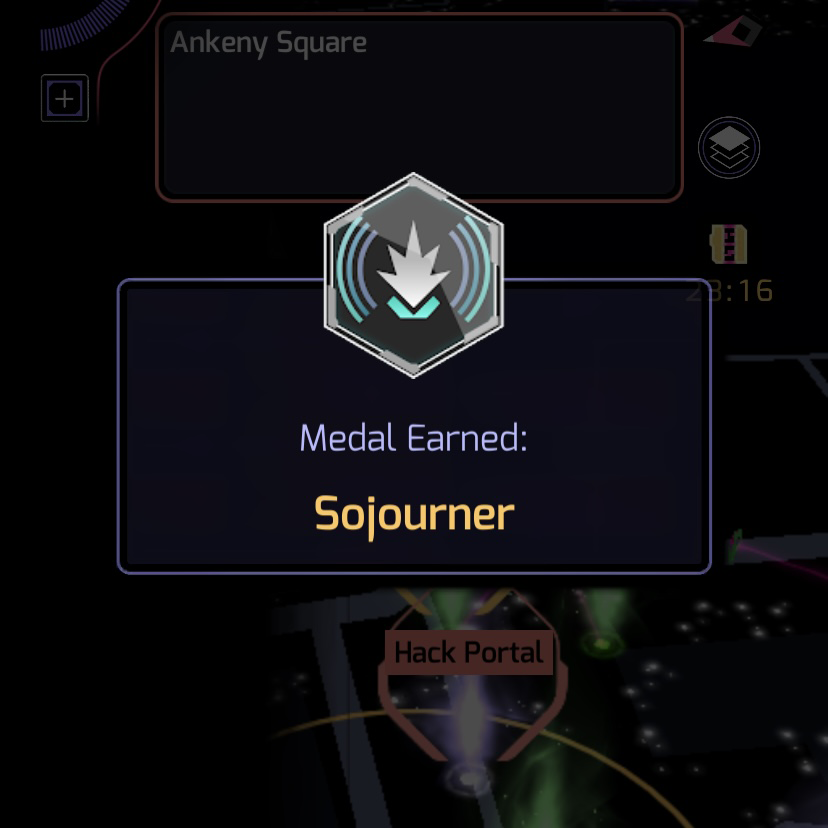 Somewhere along the way, I lost my glasses. 😭 A special thank you to @qingdai and an unnamed Agent who helped me try to find them. If you see me out in Boise, SLC, or Denver and I don’t say HI, it may be because I literally cannot see you. If it's 2330 and I'm wearing sunglasses, it's so I can so I can see (they're old prescription sunglasses). I made an appointment with the eye doctor when we are in Denver since that is still ‘home’ for me… we’ll see if I can get some new spectacles in time for the rest of the tour. If not, at least some contacts. Don’t worry, I’m not driving. :)

I finished Sunday by having dinner with bodysuit (RES).

Below are some pictures taken by me, Niantics, and those who shared (posted w permission) between the NL meetup and Second Sunday. If you have some fun photos, please share them below! 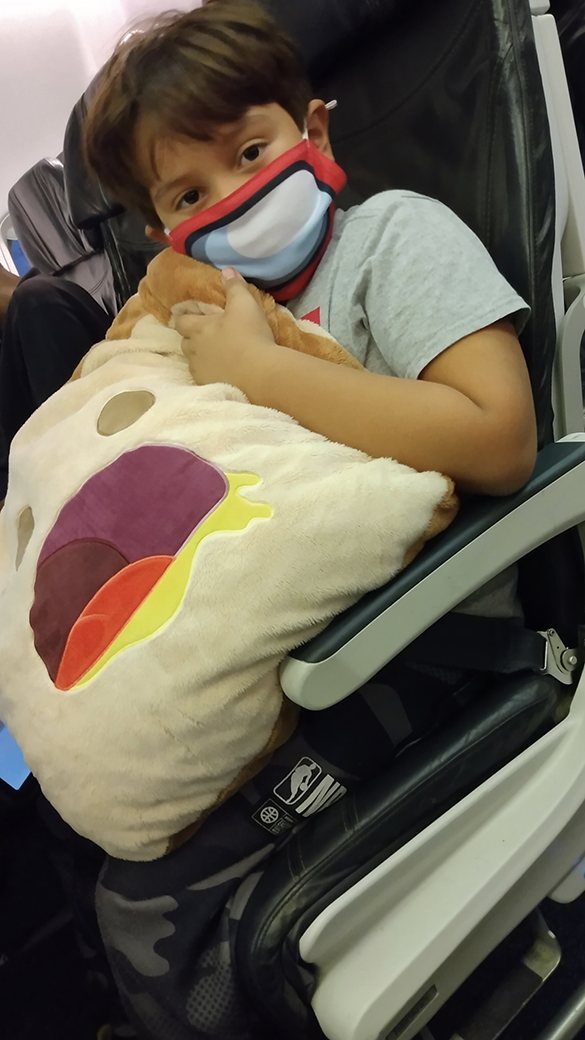 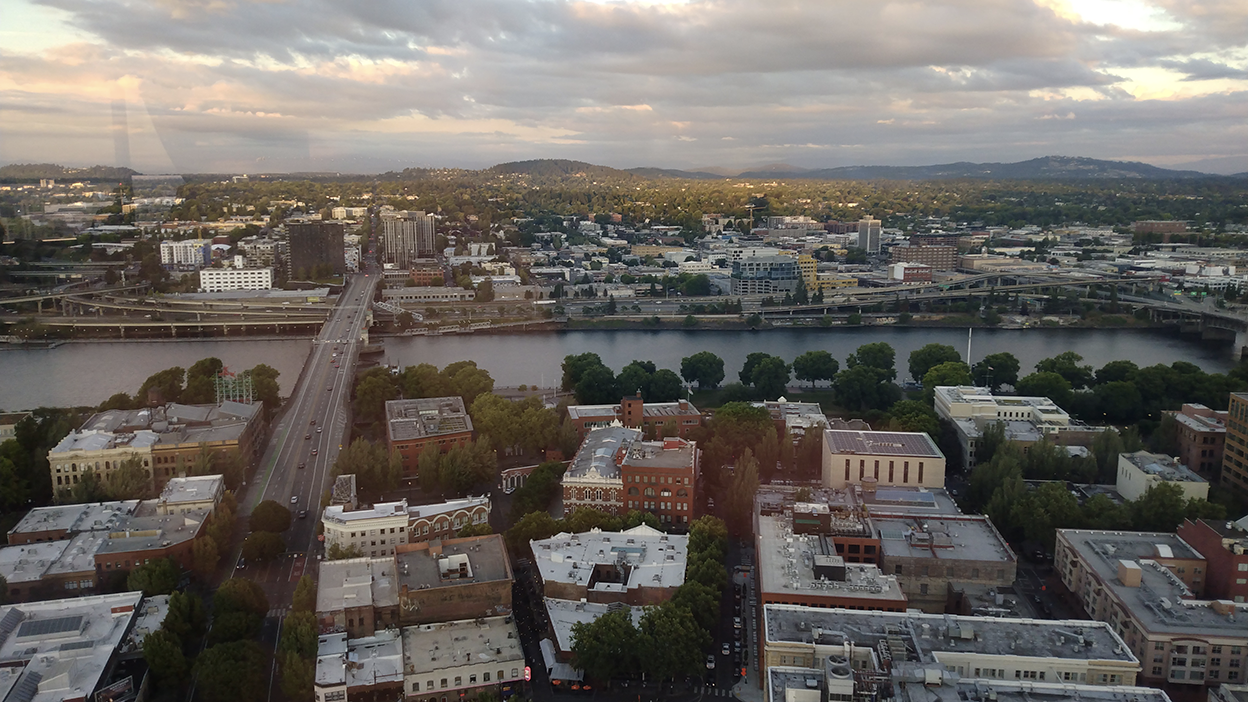 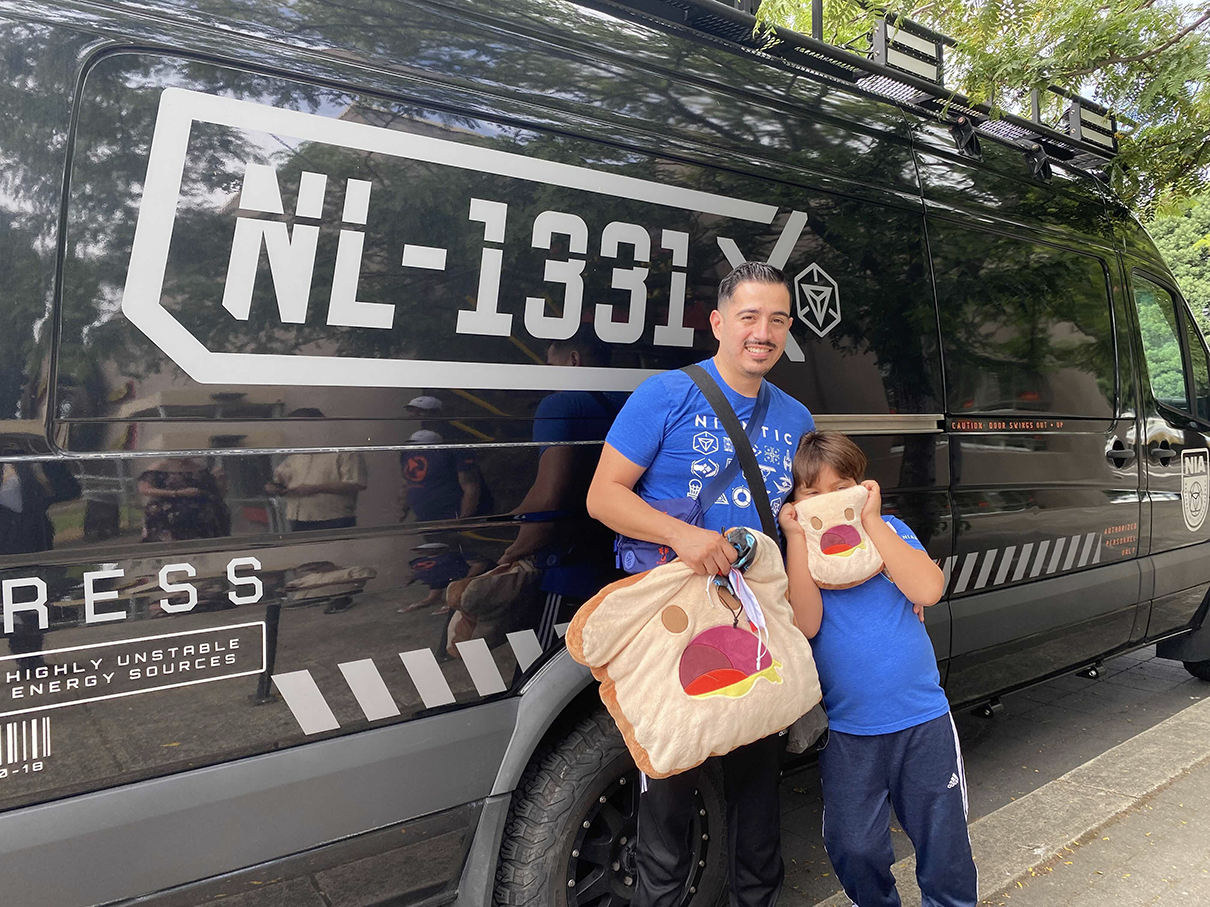 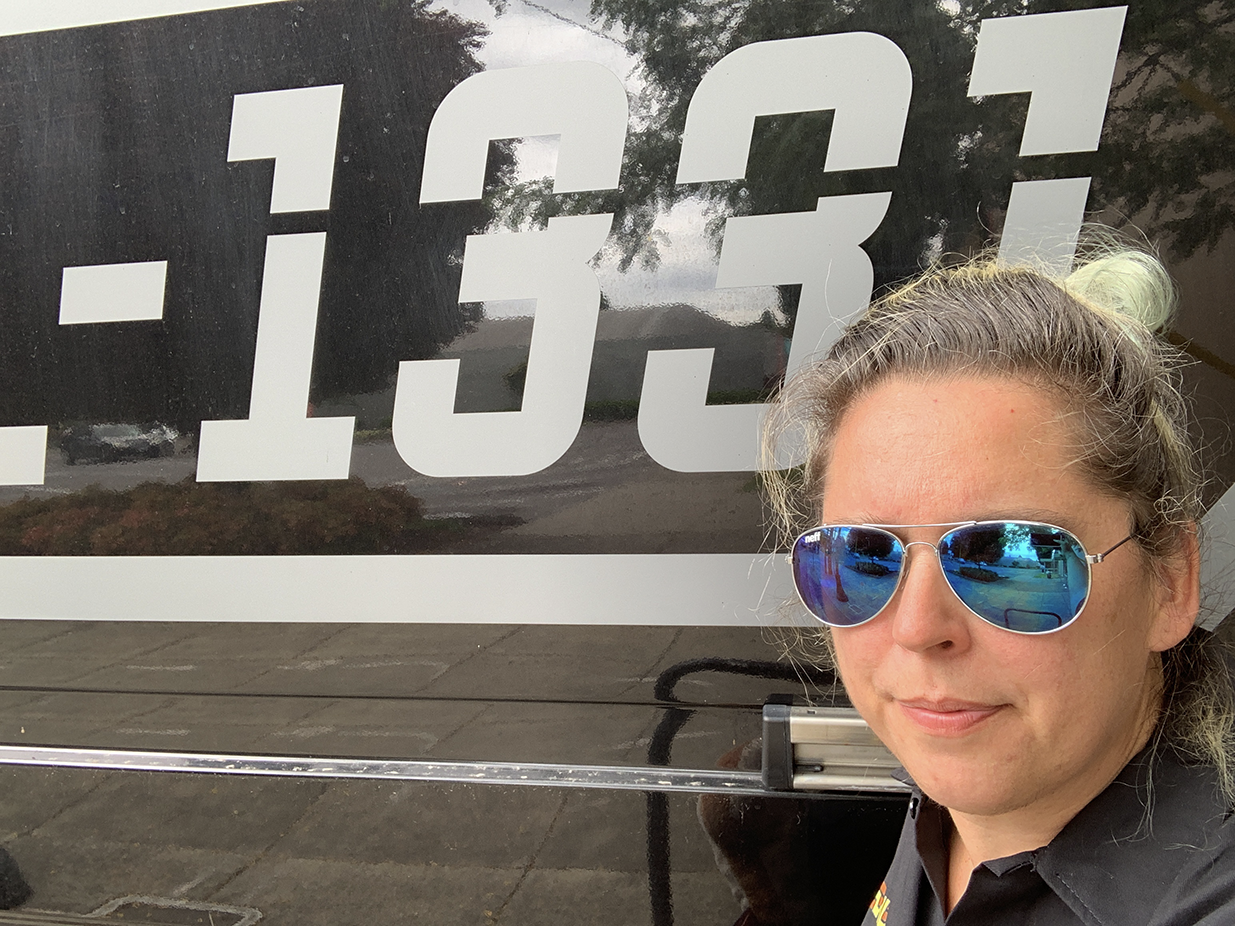 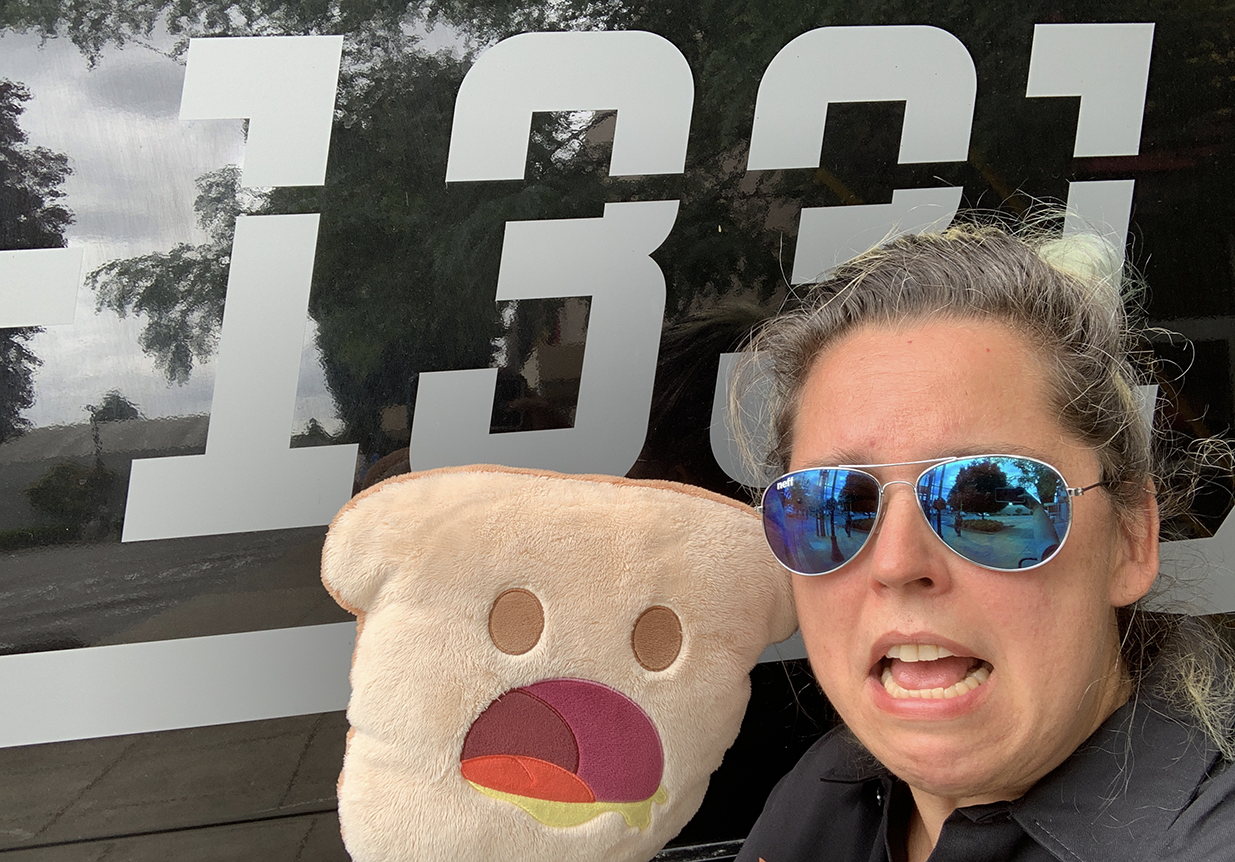 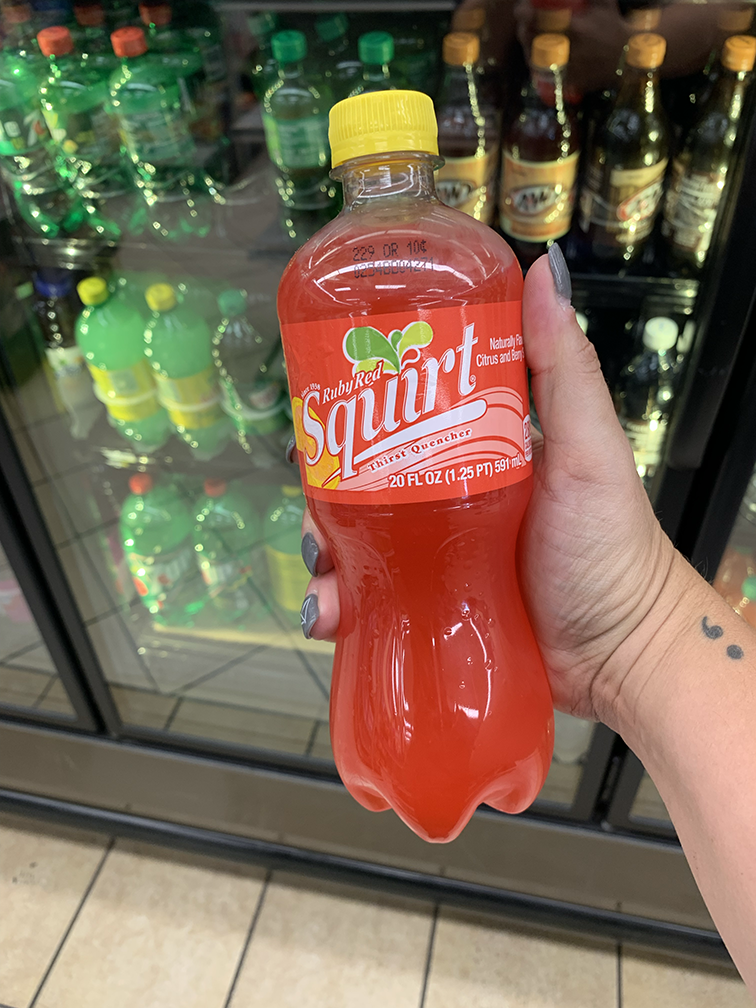 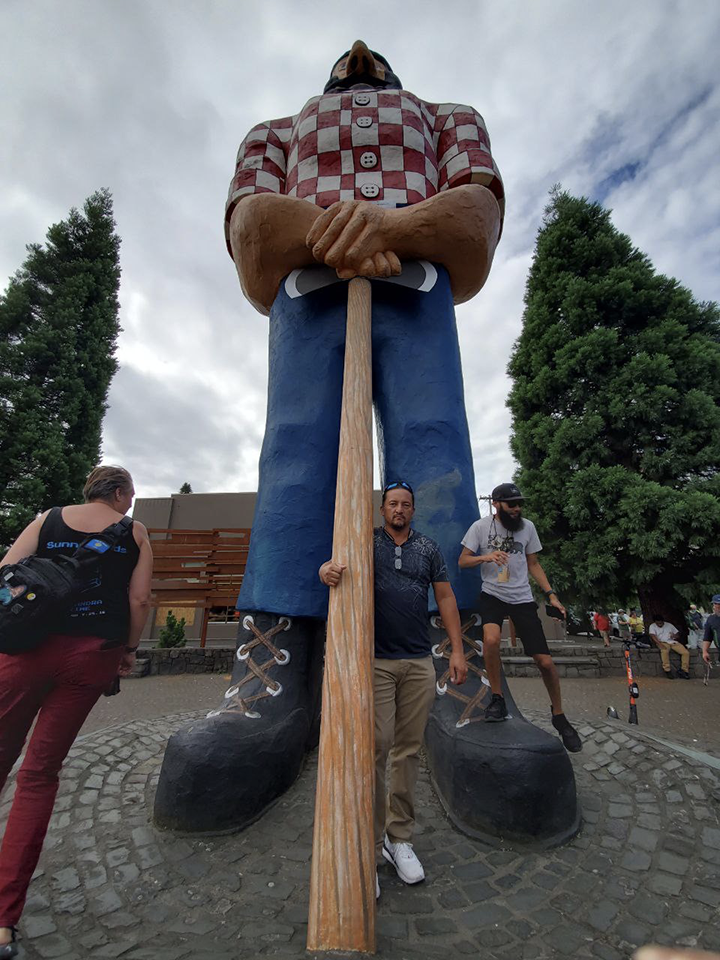 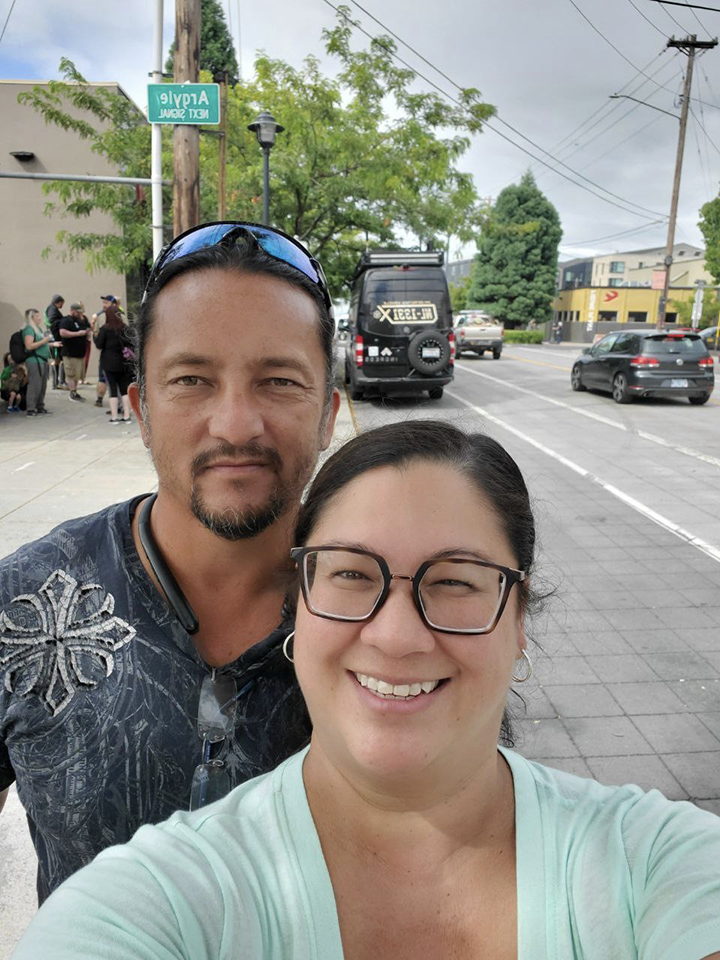 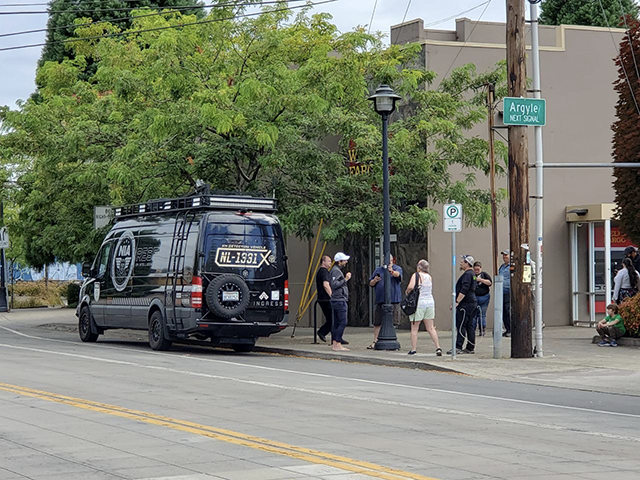