Objective: Leveling from L1 to L16 in a single day

The plan was simple, to make use of the spline of 39 portals which is at the center of the city at a single stretch which makes farming for keys easier too.

And using South side of the anchor deploying 4 SBUL's on each of the portals so that we can make 40 outgoing links from each portal. After making the links JARVIS'd the portal and moved out to the next portal and continued the same procedure going forward.

AP Gain from each portal

Due to the event of Weekend 8 Celebration there was double AP event plus used APEX on top of it. 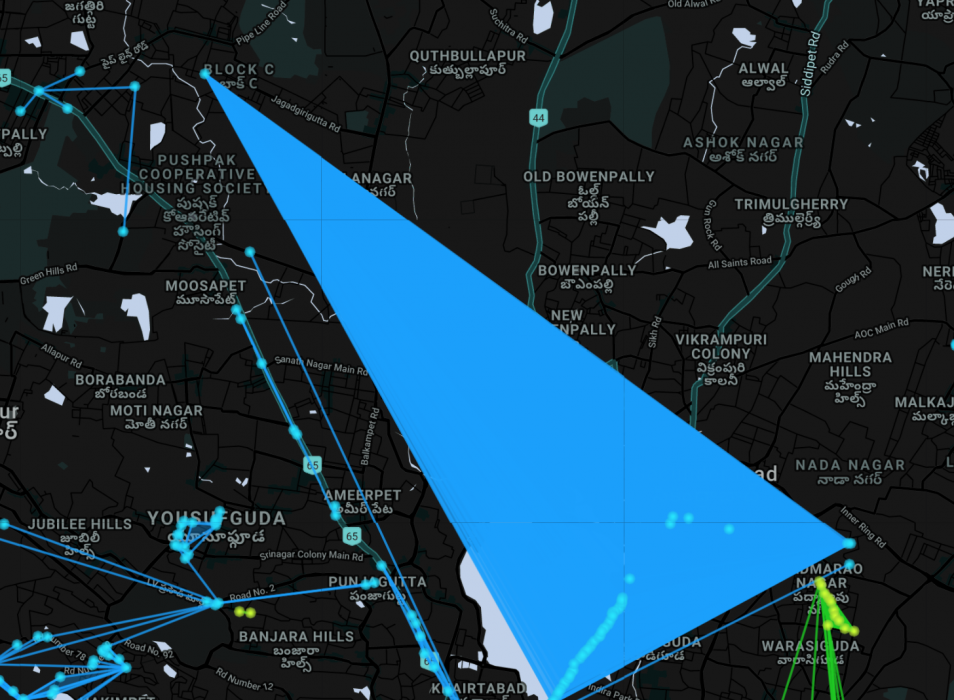 As the spline portals are in the center of the city and pretty closest to two of the agents , we used to farm daily for a week while there was a event Field Art Challenge during which the key drop rate was all time high . Farmed for keys during the event and sorted them out between us. And the NorthWest anchor being one of the home portal (easily accesible by another agent from the other side of the city, he helped with farming the keys for that portal. The insane amount of SBUL and JARVIS was a big headache at first. But thanks for the generousity of Resistance Agents for share their SBUL and JARVIS for this OPs, and wished this OPs to be successful. Thanks to supporting agents mentioned above and all member of Resistance Hyderabad.

The initial plan was to complete the OP on August 8th, due to insufficient keys farmed and the availability of the players to come in on that day coz of health issues, for a player and multiple cross links made by the Enlightenment team had to postpone the OP to August 9th. Recursed on August 9th early morning at 5:38. Again due to technical issues couldn't start the fielding. Had to wait 12 hours before the first field could be made. 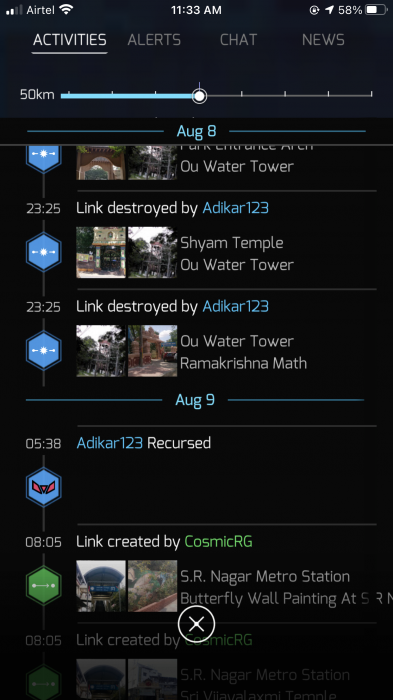 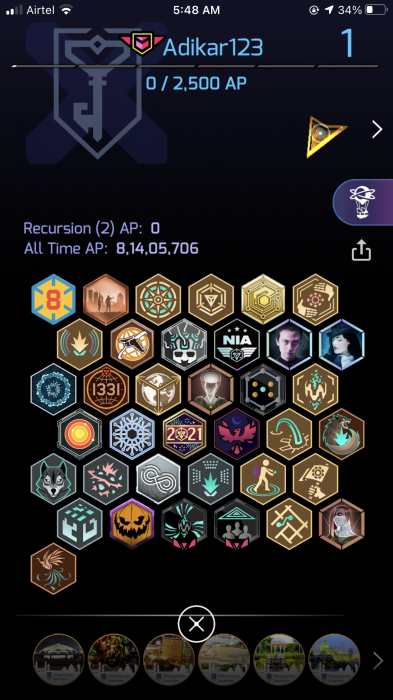 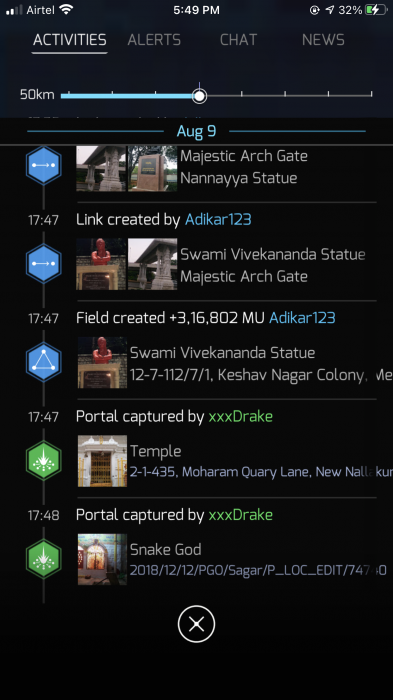 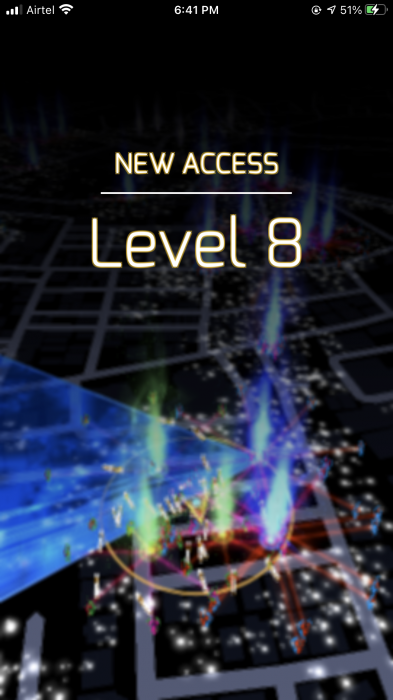 After that, portal was JARVIS'd and we proceeded to next portal and did the same sequences. There is a loop of 49 portals in this area to do the sequences and prevent from immune problems. We are using motorcycle in this OPs, since in the area is safe enough to drive and stop. 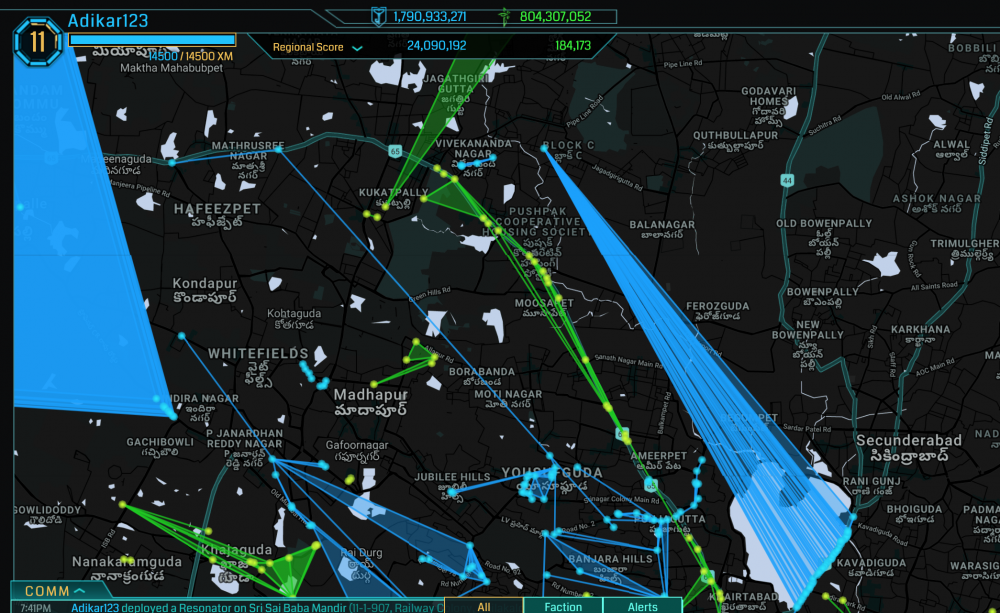 After many hiccups finally managed to end up at 22M AP. 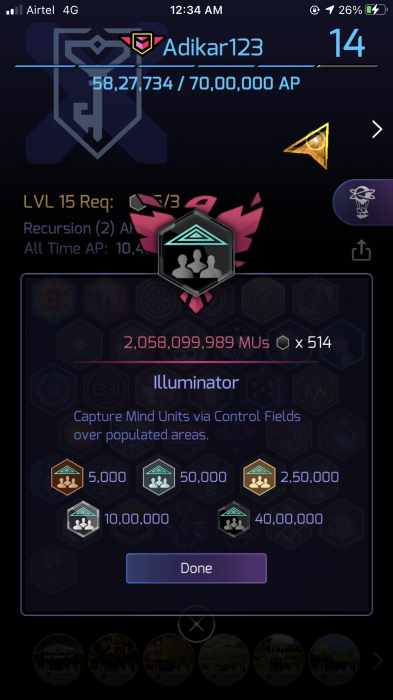 I present this as a stepping stone to the future success, not only mine but to all Resistance Agents in Hyderabad. Thank you Resistance agents ! Three cheers to Resistance! Hopefully we complete the challenge next time.