The Sacramento evening was beautiful, if a bit warm for my preferences. I was excited for my second #NL-1331 stop and to see new and familiar Agents! We arrived at Kupros Craft House, the meeting spot for our activities, at 1830 (6:30PM) local time and there were already Agents ready to greet us. We parked NL-1331X in the big parking lot across the street.

The Sacramento stop felt different to me from the Oakland gathering; the only reason I’m coming up with is the fact that it was just Ethan and me. Who knows… I’ll keep thinking about it and maybe I’m simply reacting to NL’s effects differently my second time around. I suspect @Ishira will have more thoughts on the subject…

Over 75 Agents engaged the NL-1331 portal and from what I could tell, Agents were happy to see each other. Everyone was laughing and chatting and catching up - it was great to see! A group photo was captured around 1930 and then Ethan set up to hand out the items Agents purchased while I did some All-Time stat competitions! Winners received a biocard and 3 of the 5 received an additional item courtesy of the Swag Capsule and the lovely Siria Cat who happened to be on-site.

First up… Purifier! Of the Agents who participated, @nealw (RES) claimed our Purifier giveaway with a total of 806,923 resos destroyed and was gifted an NL-1331E biocard from us as and older NL1331 kit from the Swag Capsule. 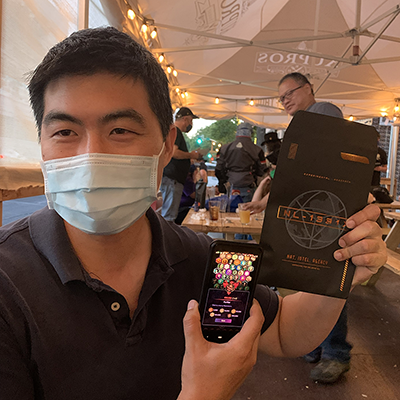 Next, we did Recon. @Eurial (RES) was at the top of the charts with 6,724 points on the Recon medal receiving an NL-1331A biocard from us and an older NL1331 kit from the Swag Capsule. 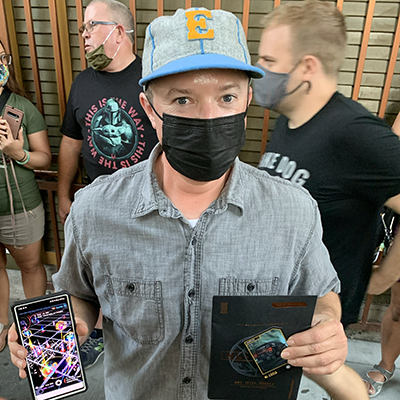 Following that we did Illuminator and holy cow - Agent @HokeyBugle (RES) was by far the highest of those participating with 448,114,097 MU! (I gave up trying to call out the number and just said “who has more than 112 wings”). HokeyBugle got a Oliver Lynton-Wofle biocard from us and an older NL1331 kit from the Swag Capsule. 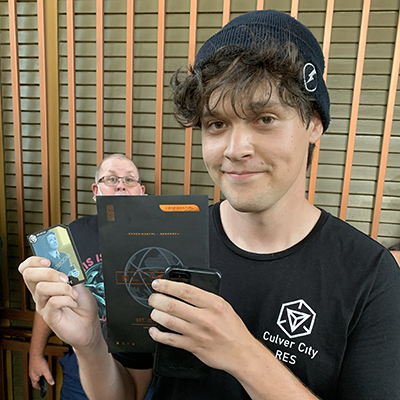 Moving along we did Trekker and Agent @phthoruth (RES) walked off with that category with a whooping 23,011KM trekked and a Kodamasmiles biocard. Finally, one of my personal favorite stats, SpecOps! @Morganza (ENL) wrapped up the fun with 7,045 missions completed and a Susanna Moyer biocard. 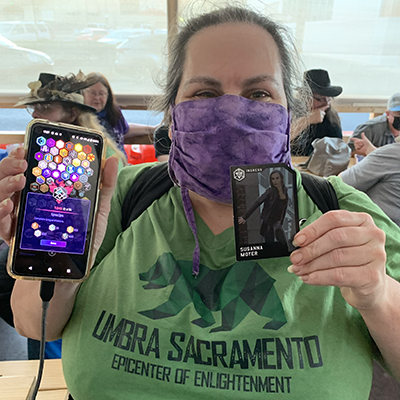 After that, I moseyed around talking to Agents! Some had feedback to share, some wanted to know how to reach me for other things, some wanted to know how I got started playing Ingress. The two hours flew by and I didn’t get to meet nearly as many Agents as I’d hoped to (I tried!). Of the folks I spoke to, the furthest had come up from Southern California (SoCal) to join us.

Once the event officially ended, Ethan abandoned me - KIDDING! I stayed behind to be able to do the two NL banners that were created by Morganza (ENL) for the event. (I CAN’T go to a new city and NOT do a banner! I suspect it will happen on this trip though…) One of the banners was a walking one, the second was an accessible friendly one. @SquallLHeart (ENL) joined me on the adventure and then I returned to the hotel to assign everyone their medal ticks before passing out for the night.

I took very few photos during the event so I crowdsourced some. :) Below are some memories (posted with approval). 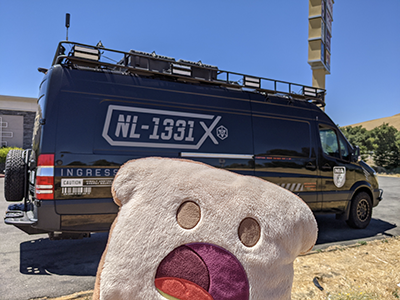 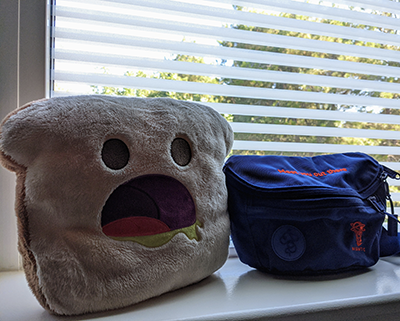 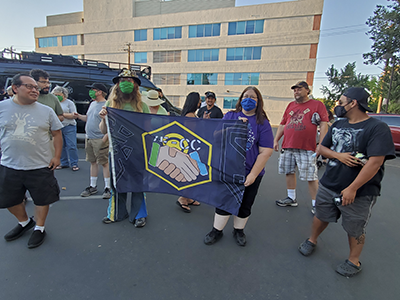 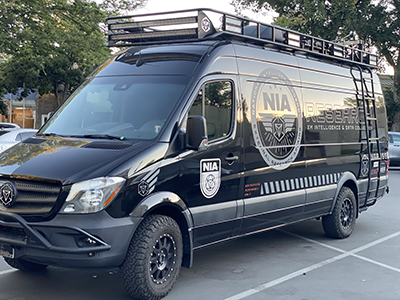 picture below from Lina Duong and @Redoct878 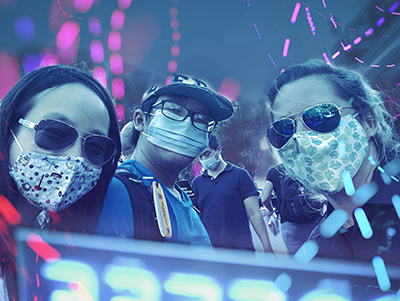 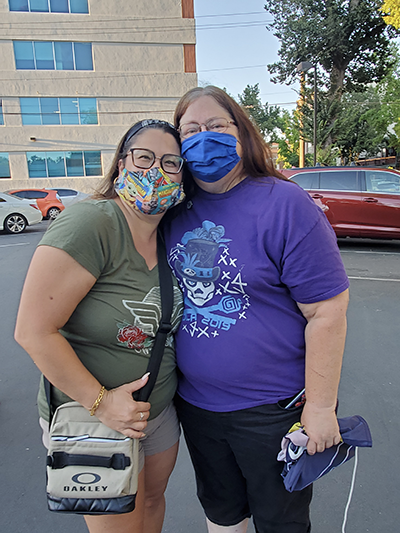 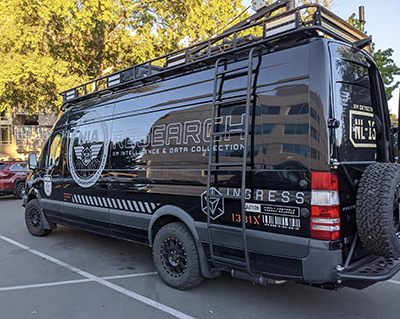 photo below from Lina Duong and @Redoct878 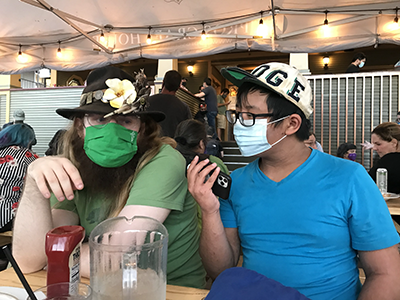 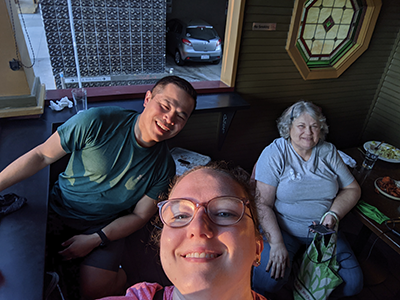 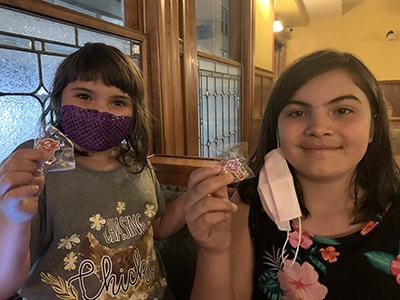 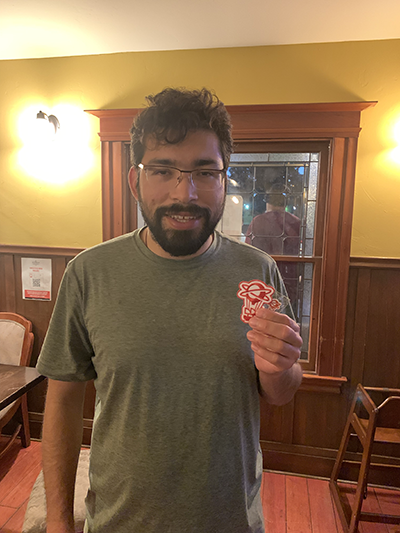