• Portal Scanning has been updated with hexagonal feature points to provide more visual feedback during the scanning flow. An ideal Portal Scan can be completed by walking around or past a Portal, from a distance of 2-5 meters from the Portal, and includes scanned frames that match the default Portal photo.

• The Aerodyne avatar designed by IQTech has been added as an optional custom avatar. This avatar also runs on Ingress 2.75.1. 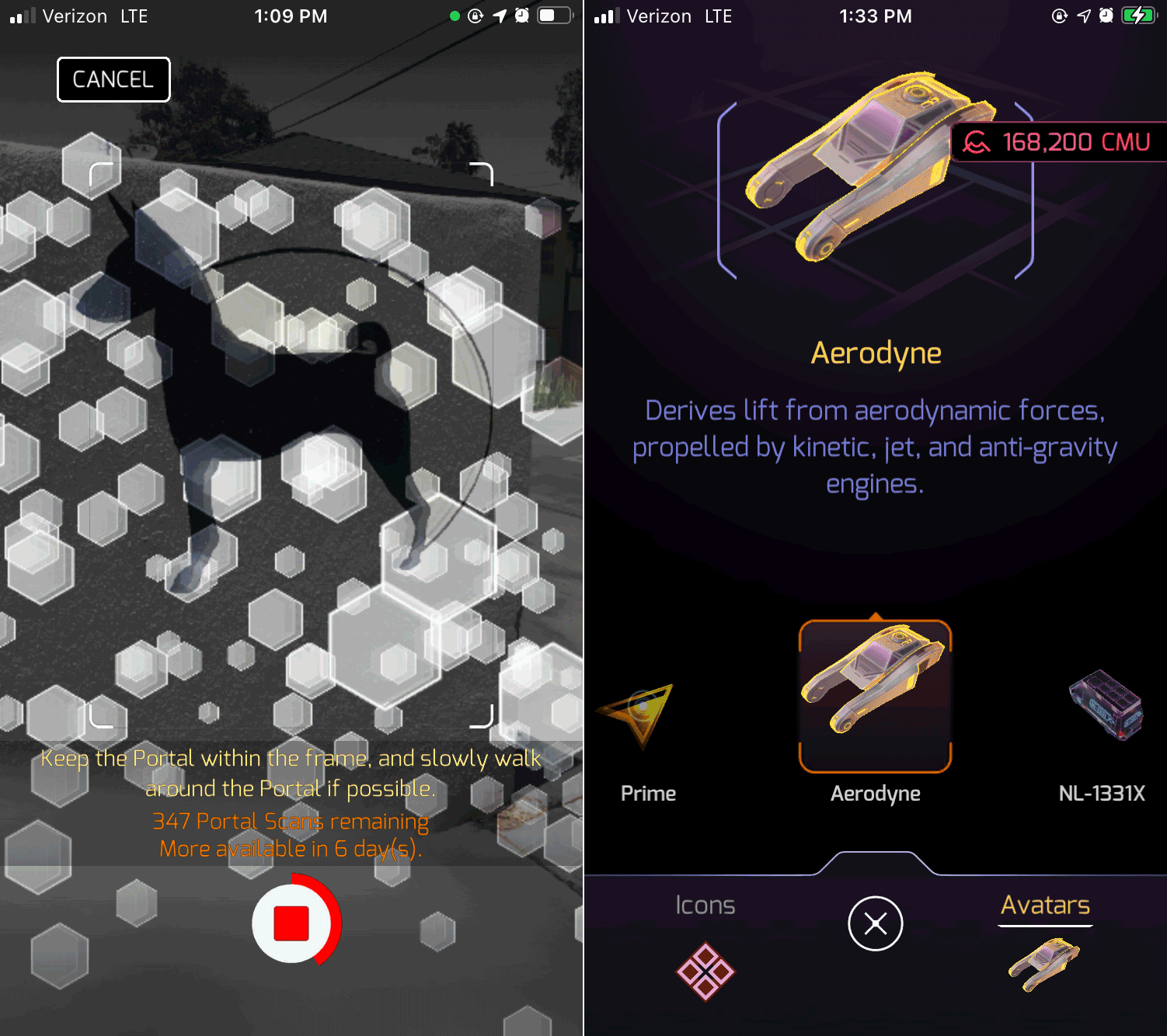 • Fixed: Redeeming a passcode that includes a Portal Key doesn’t cause the redemption animation to hang. (Forum link)