Query raised in app on 8th June. No response received.

I wasn’t really sure what category to go to for this but I guess here will do. I raised a query in the app on the 8th June. I don’t yet have a response despite following up. 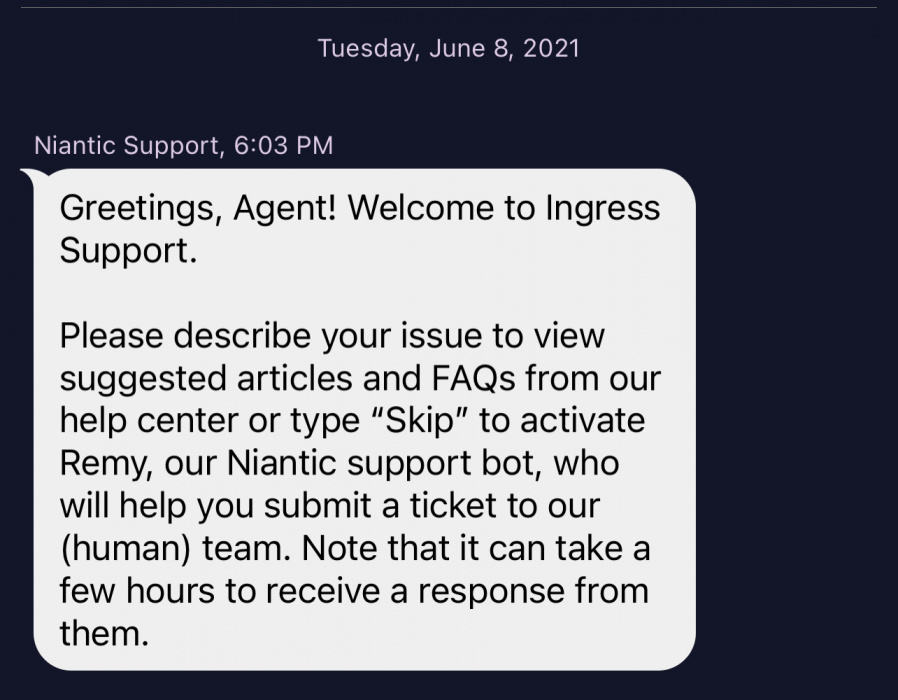 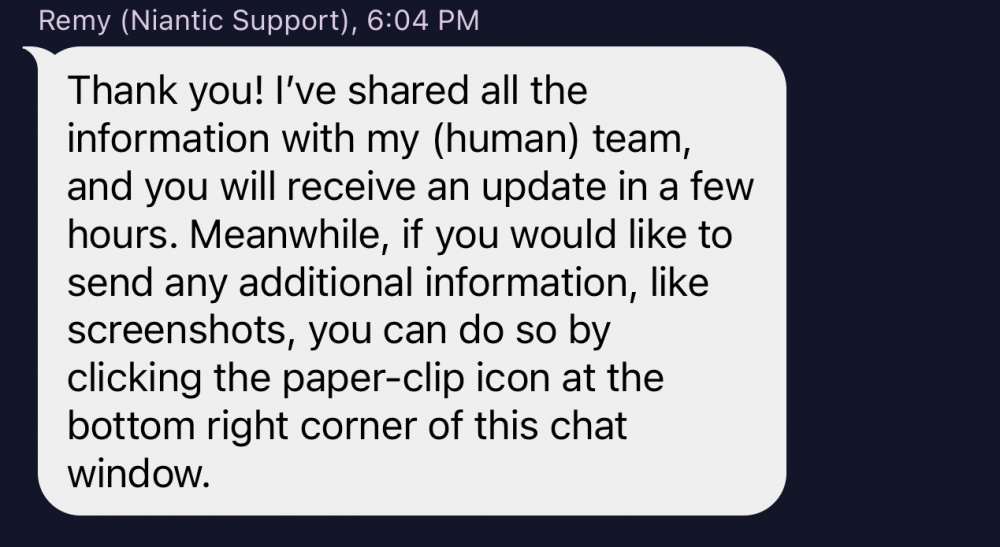 I know that Pokémon GO folks get answers from NianticHelp on Twitter so I thought I’d reach out to them. 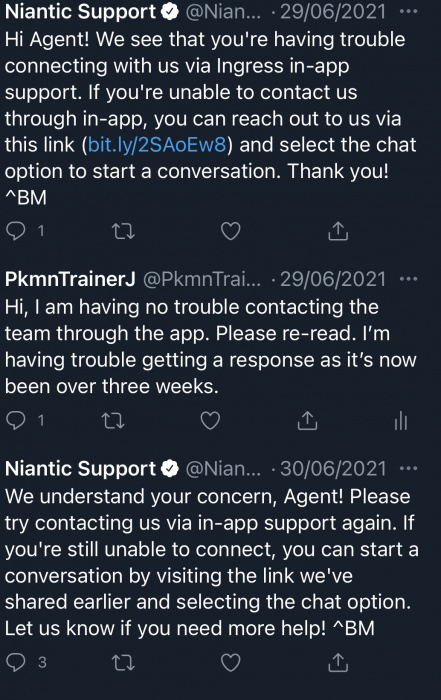 They suggested visiting a link and opening a chat there. I did so, but it gets closed without a response. 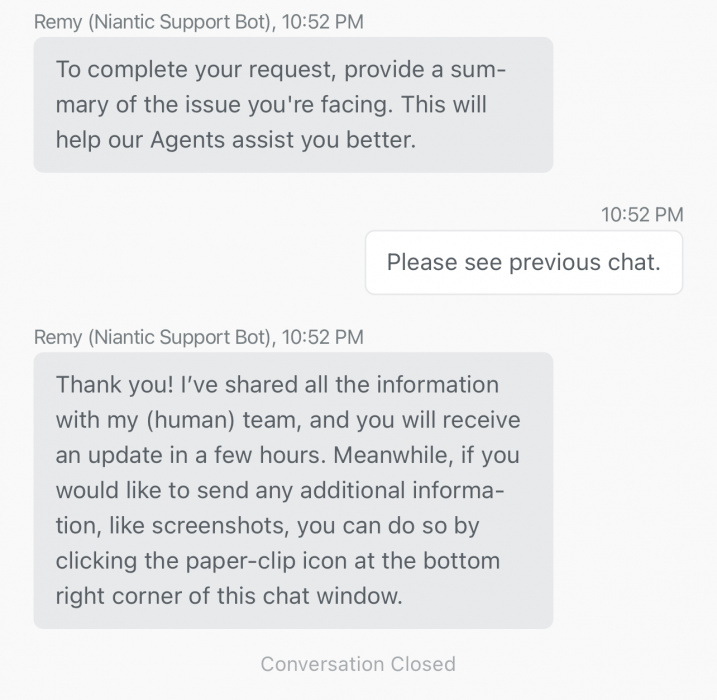 It is a rather straightforward query regarding Nominations that I expected would be answered within a few days at most. I haven’t got a response from NianticHelp when following up again. 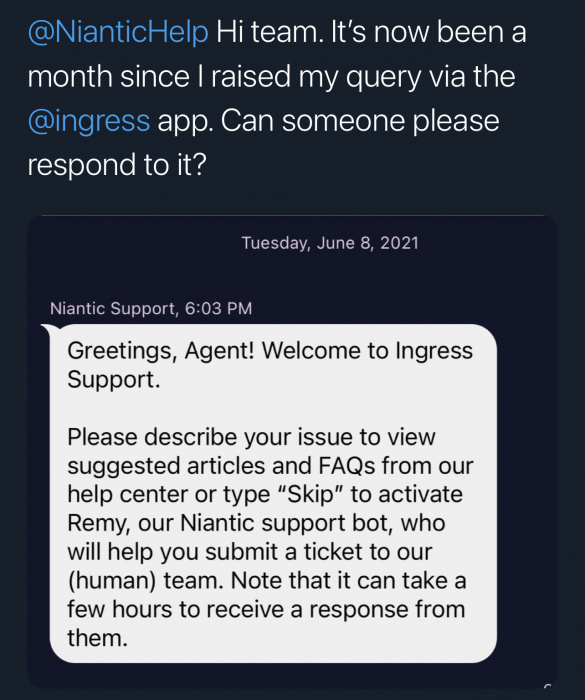 I’ve not done anything untoward (no shouting via text, swearing etc.) that would lead them to not respond to me as far as I know.

I’m sure it’s an isolated incident but thought it was worth raising here to see if that helps me get a response from the team in the app.