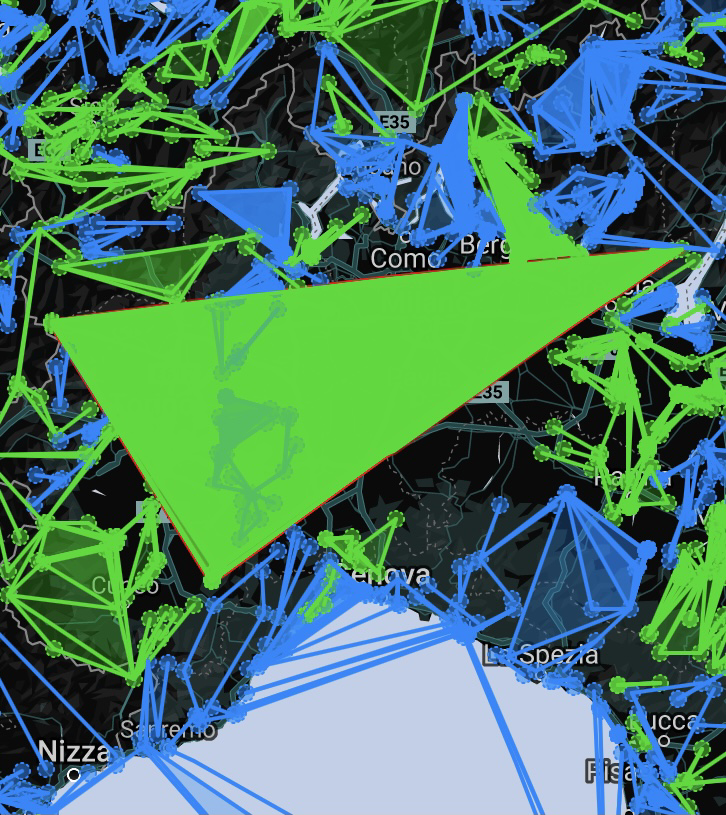 The OP “began” on April 30 2021 when The Poio noted a free line between Nivolet and Murazzano, and asked Royuri if he knew players that were available to provide Nivolet keys. Robyuri supported the idea and started collecting the future anchor keys; after the positive response Alastorh started helping to search a possible line of portals and suggested ThePoio to contact Madcow70. The contact happened on the same day and the next day, May 2, ThePoio and Madcow70 met at Cortemilia; Madcow70 gave the keys of “Ai caduti di Murazzano”, a possible south anchor, to ThePoio.

On the 3rd of May the main group “BiG ATOMo The Pield” was created with the following members: ThePoio, Alastorh, Raynegade23, Marchio21, kuprum, MadCow70 e DoppioM. Its objective was to recruit players “BiG ATOMo” (Bergamo=BG, Aosta=A, TO=Torino, M=Murazzano), the group was later renamed to “Poio Fielda”. After some word of mouth also the Turin players started organizing: On May 12 Danyad, who was passing by Milan, gave the key of “cartello panoramico: colle del Nivolet” to Raynegade23, who the following day delivered them to ThePoio.

The initial drawing was supposed to have the line portals located at Bergamo, so ThePoio on the 24th of May gives the keys to Gibpa, so they could reach Bergamo, also called “City of the Thousand” (due to the high number of a volunteer supporting Garibaldi in his expedition of the Thousand).

The same day a new group with only the intel and the organizers was created, since the main group was growing rapidly, the members of this new group were: Alastorh , Kuprum, DoppioM, MarkCeres, Gibpa e Raynegade23. 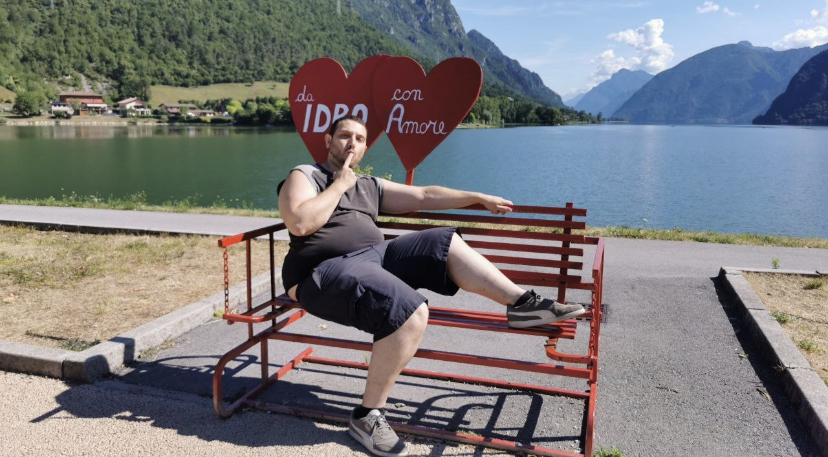 In this new group a modification to the original line portal positions was done, since the initial idea was proving to be troublesome near the city of Milan, so the 25th of May, the line portals were moved from Bergamo to north of Brescia (near Lake Idro): in this new proposal there were 13 fields, which were also bigger when compared to the previous draw.

On the 28th of May the OP date is decided: July 10 at 10 o’ clock (CP) and on May 31 the draw was changed yet again and a new multifield was added with the line portals starting from the south anchor: the new draw had 19 total fields, they became 22 as new portals were added to the game.

More intel players were required to safely manage the OP, as the draw had increased in complexity. On June 7 Togn3K is added to the intel team (consisting of Alastorh and Kuprum), Paperilink joins as a shadow intel and ThePoio started complaining (as usual) that he had to travel again. The next day ShinIce was also added to the intel team and the complete project was divided into 4 zones and on June 9 the groups for all 4 areas were created. 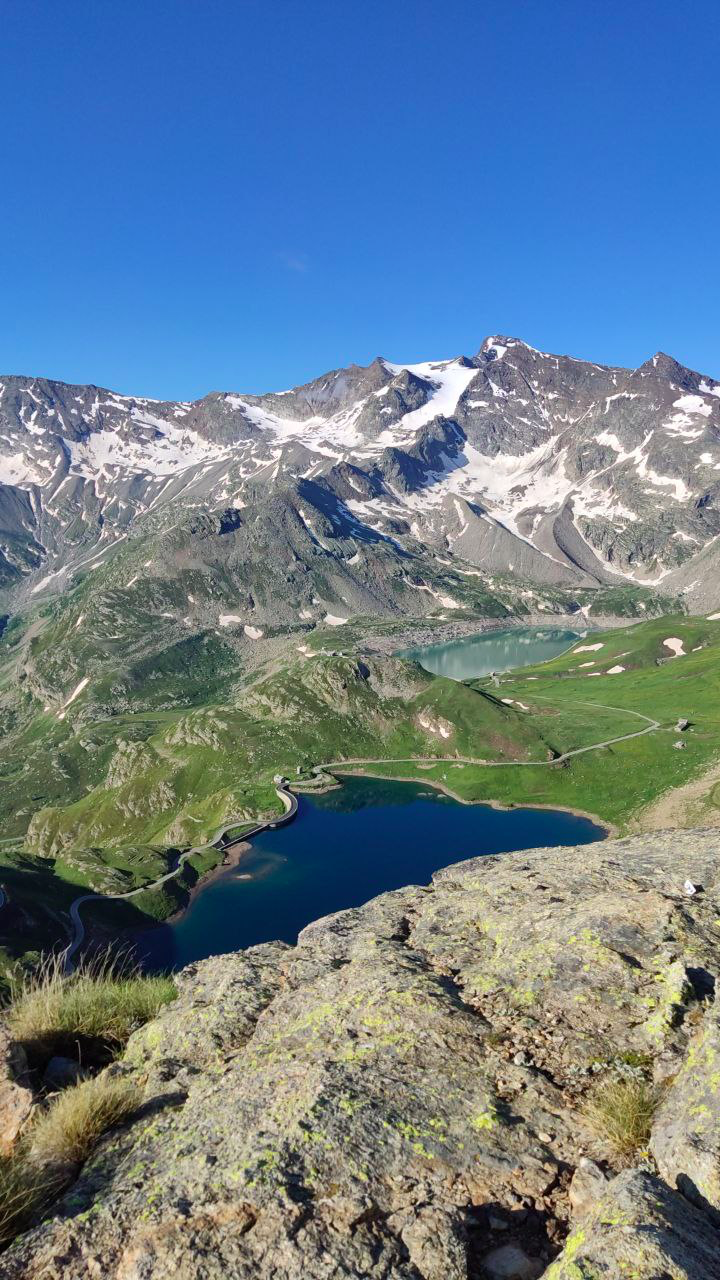 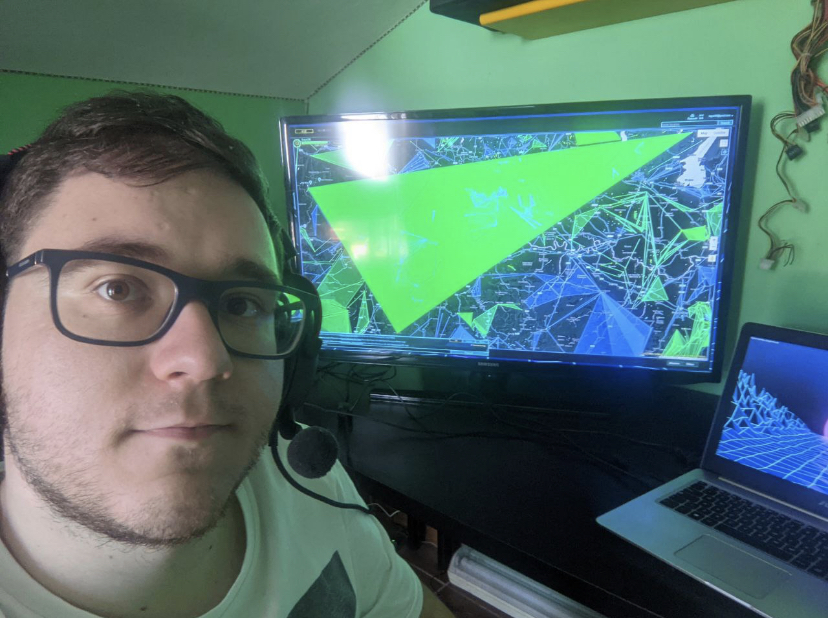 The division was as following:

One June 11 ThePoio, Robyuri and MarkCeres (in the photo) hacked and collected the keys of the south line portals. They had lunch on that day at “trattoria Ra Ca’ ‘D Baruc” (They emphasized that the wine was marvelous). Between June 16 and June 19 two new portals, requested by ThePoio, were added to the portal network in south line portals and these two portals were going to add two more fields to the draw. Subsequently the draw was modified and 4 more fields were added but after a detailed inspection of MadCow70 only 2 of them were doable.

On the 20th of June Verbansky had to log in to the east line portals to hack and collect the keys. The following day a group dedicated only to the linkers was created with the following positions:

Madcow70 and Danynad in the south line portals

Here we discovered a pleasant surprise: Amusingmontain, completely unaware of the current OP, captured some mountain peaks in Liguria, Piemonte and Lombardia , which helped to confuse the RES players. Furthermore, ThePoio, given the confusion, captured mount Lesima, along with Amusingamontain to meet and know each other better, while confusing furthermore the RES players. Jakinboaz created a series of protective links between Alessandria and Pavia, perhaps due to the confusion created by the actions of Amusingmontain or maybe because he thought that there was a possible RES OP near Genova.

On June 23 an inconvenient situation arose: In the evening during a farm in Milano, a key of the northern anchor was intercepted; during the farm the keys of Nivolet were being passed from one player to another, but at a certain point the key vanished from the area without anyone taking it, and a media item was dropped and retaken after a while.

After this interception, a survey was done to understand the general consensus on how and if to proceed with the OP; the majority decided to wait for a week and watch how the situation evolved, in the meanwhile (June 24) the exchange of the keys of the line portals proceeded as planned, at Bergamo, between ThePoio and Alastorh.

After a week, no strange behaviour was noticed, so the OP proceeded as planned; however, on June 26 Markceres keys showed a RES loading mods in the portals at Murazzano, so a RES OP (perhaps on Genova) with identical vertex as ours is suspected.

On June 28 a dedicated group only for the Biella area was created to cope with a possible multi accounting problem in that area. 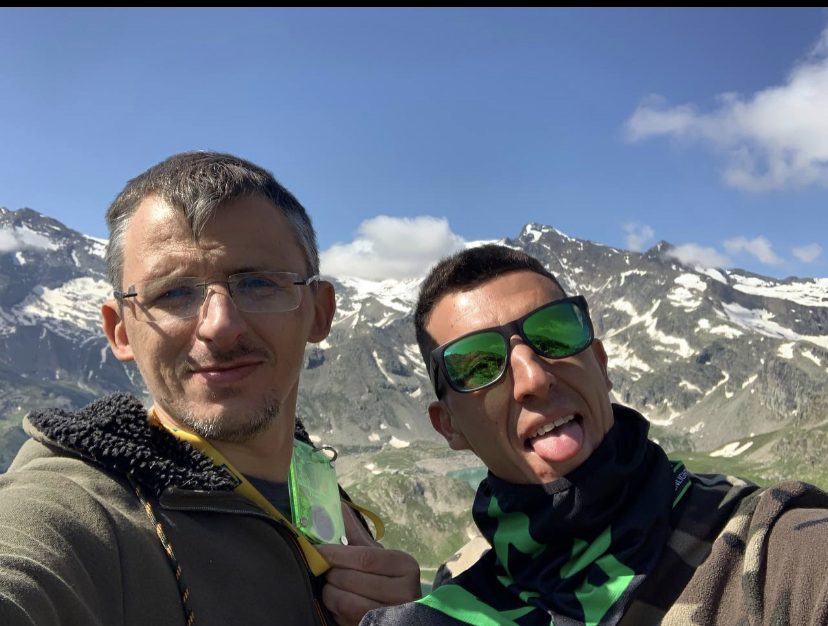 In the next day an unexpected situation arose: MadCow70 could not be present during the OP day, but Danynad found a substitute linker for Murazzano, QU4LITYtime. He confirmed his presence on July 1. 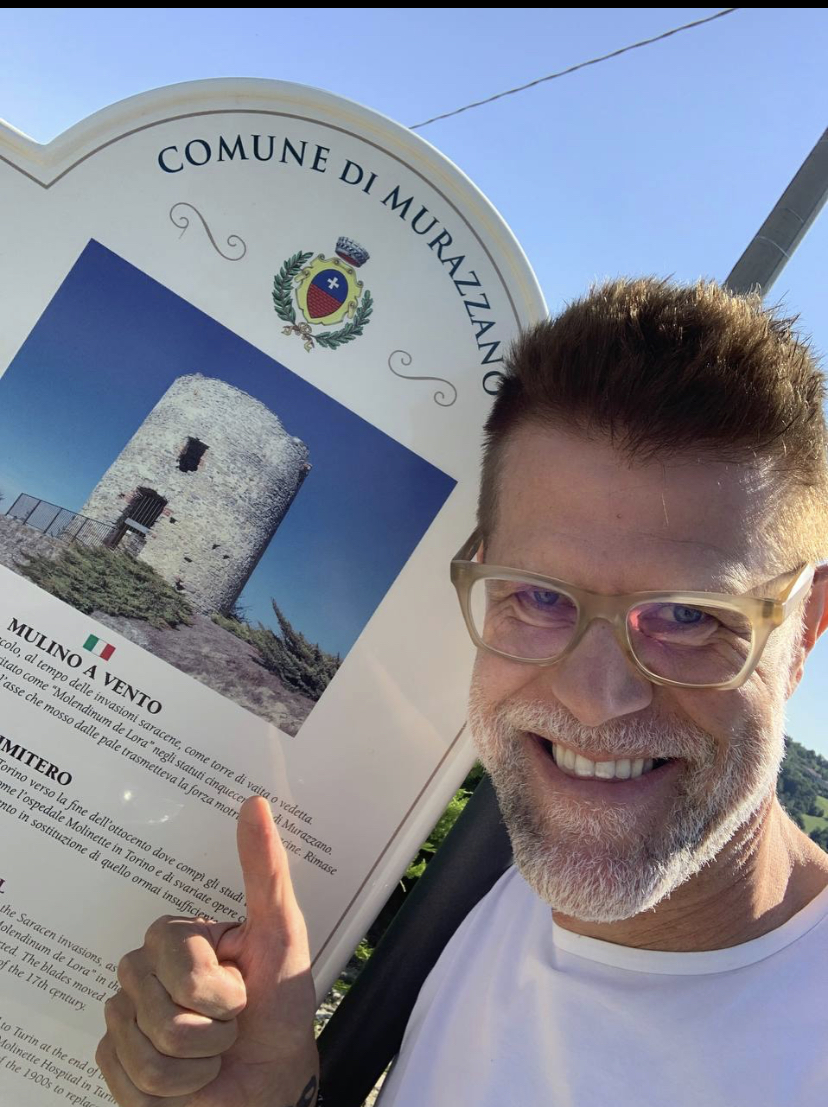 In the pre-OP stage a mountain portal (“Anticima Ovest 30 passi”) should have been discharged, but, unfortunately, due to the IFS event on July 3 it was recharged by someone, so an agent had to be dedicated for that specific portal: enmopi volunteered to go to the mountain during the OP.

The 6th of July, GSalerno wrote that he might not be available during the OP due to a possible trip with his sons, but he was able to convince his soulmate to stay in Pavia, thus staying loyal to the enlightened cause.

On July 7, everything seemed going according to plan, so ThePoio started going towards Ceresole Reale. He stopped by Torino for an hour, and during a storm he met Danynad to exchange keys of the Eastern line portal (the line portals near Lake Idro).

After the exchange, ThePoio took a longer route passing through Varzi, to make the smurfs think that he went to Varzi for vacations as all the previous years.

The same evening Aeradiir, MarkCered, QU4LITYtime and Danynad met in a pub with beers and burgers to exchange the keys of the various portals.

Unexpected event on the 9th of July: Rebelot1907 and LaSheldonCooper went to Montisola, in Lake Iseo, to remove some crosslinks.

In the meanwhile, 4nte, possibly an italian-german smurf, logged in near the northern vertex. The same evening he went to Ceresole Reale, the same place where MarkCeres went. MarkCeres pretending to be an “mountain guide” logged in Ceresole and captured a portal near the hotel ThePoio was staying in.

Since a possible RES OP was expected with similar trajectories as ours, and we also knew that the smurfs expected an ENL OP probably during the night. In fact, at 11 o’ clock in the evening, the smurfs cleared a path from the house of Pufolin0 towards Castello di Loreto, an island in Lake Iseo: both portals (pufolin0’s home portal and Catello di Loreto) are not easily accessible during the night, initially we thought that the RES were in OP, but as we rationally reasoned on the situation, we assessed that it was just a crosslink they did to block our OP, which was confirmed as the smurfs stopped doing actions after the mentioned crosslink was established. Rebelot1907 suspected that the smurfs might go to Montisola during the night, but fortunately no more actions were done from the RES players. Furthermore, the path cleared by the smurfs proved to be advantageous for us, since it was a path that was planned to be cleared and it freed two of our agents that could go to a more strategic point.

In Piemonte, during the night a rogue ADA was used and kuprum passed the night trying to understand and justify the action.

The 10th of July aka OP-Day, the events were as follows:

9:15 PigmyPuff8 started the journey towards the city of Capovalle and went initially to Lake Turano;

9:20 all of the agents were in position waiting for the signal, their positions were: (written in the following format - agent(s), City or place name end eventual portal name): 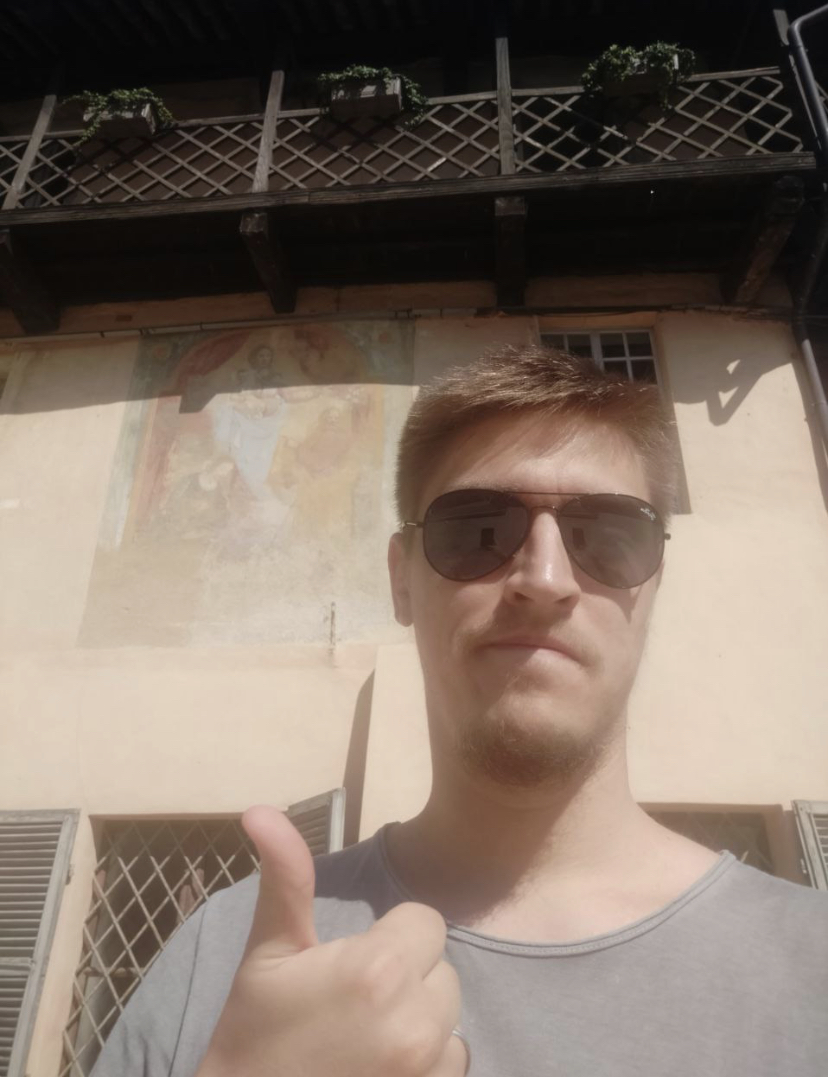 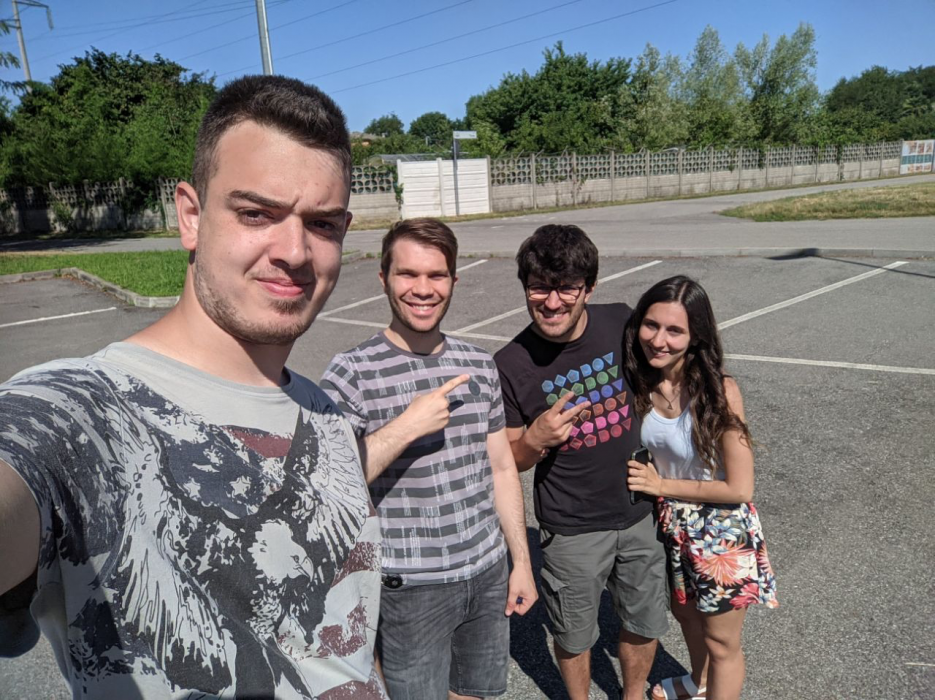 -Marchio21 and Ladygreen, The area around Seregno

-Elbi, Mhinri (who had to take an hour trip to reach the portal) e GodArlem, Broni

-Gjeva, Sant’Angelo, with the main objective being to check Jakinboaz’s eventual movements

The anchors were managed by the following agents:

Around 9:10 0akenshied started playing and capturing portals and the final countdown began.

At 9:35 Due to an anticipated signal, ThePoio and MarkCeres used ADA on Nivolet and recaptured it, fortunately for the next 9 minutes nobody seemed to have noticed.

At 9:40 there was a slowdown in the northern area links, 0akenhield tried to cross the OP, but he was unable to do so thanks to a protective link created by the agent Gibpa

At 9:45 the largest field of the first multi was completed, followed a series of joyful sounds

At 10:00 we were able to close 16 of the 22 layers (the remaining layers are closed after the CP) with a total of around 64 millions MUs collected before the CP.

Between 14:12 and 15:03 Manumastro92 and Fujiko91 went from Milano to destroy the fields, the last two of the fields are still able to go through the next CP.

P.s. We would love to thank also different agent who helped clearing different areas (some of them without even without knowing about the OP), their actions helped in the success of the OP:

Marcojova, who was untraceable, but accepted the job Thursday evening, just before the OP

Spydybo3 helped in the check and unloading of Crema

A special thanks also goes to 2 RES, who unknowingly helped out a lot:

0akenshield for the various fields and protective links

Pufolin0 for the clearing and the link on Lake Iseo the night before the OP that freed two of our agents. 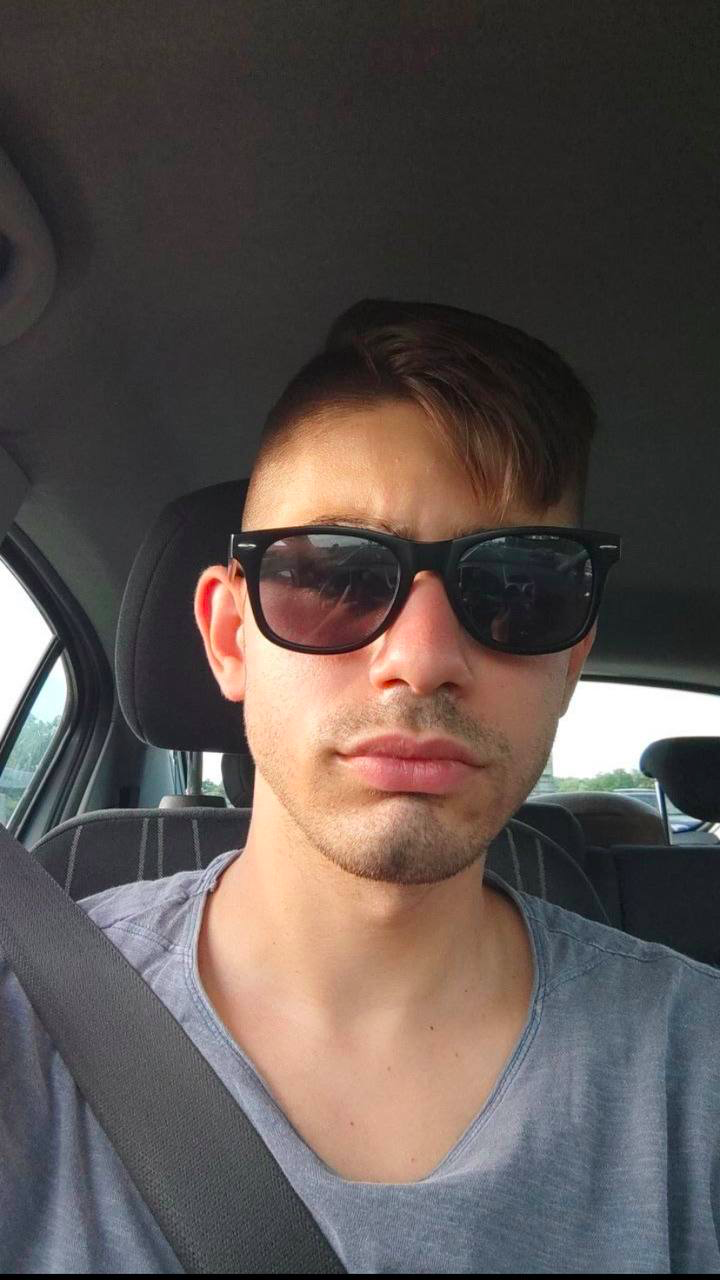 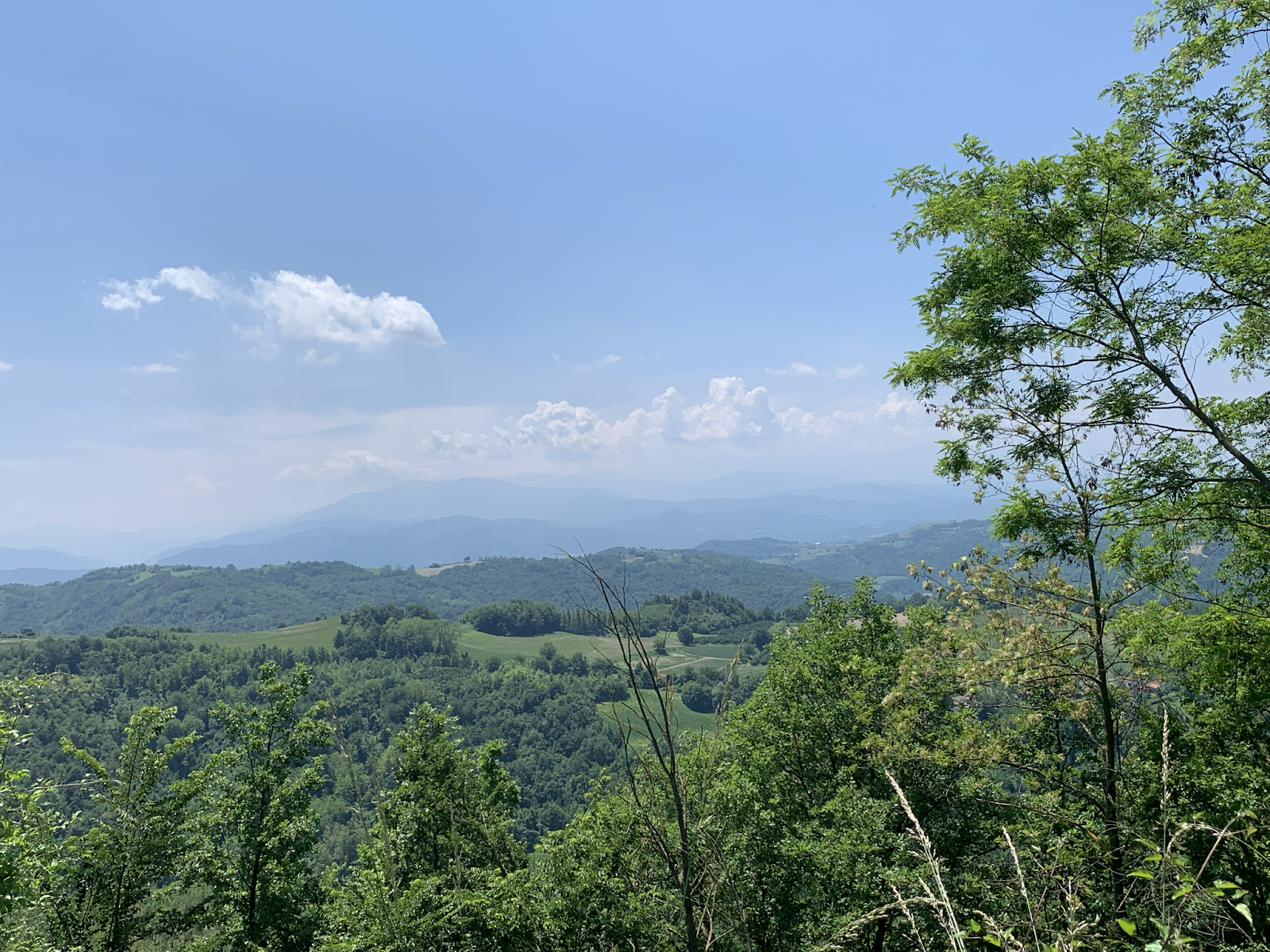 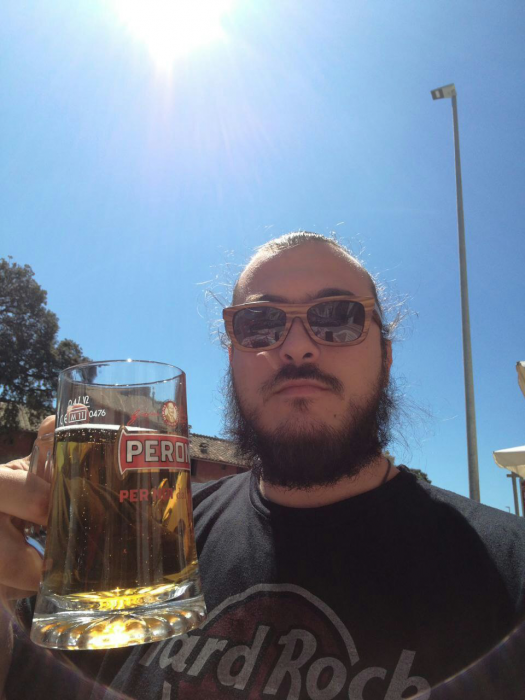 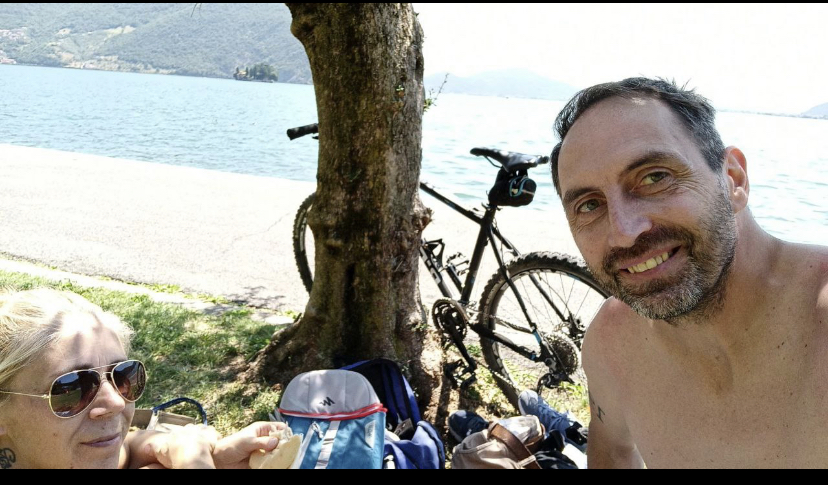 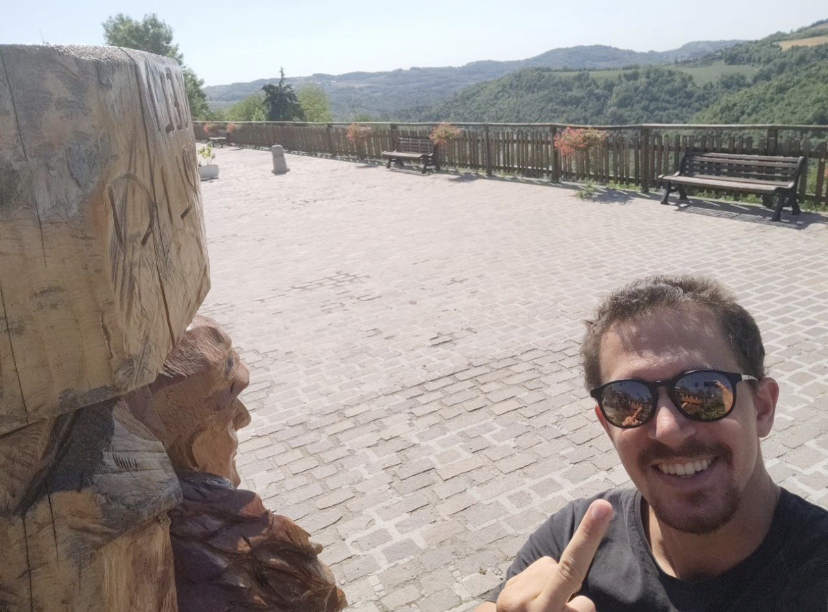 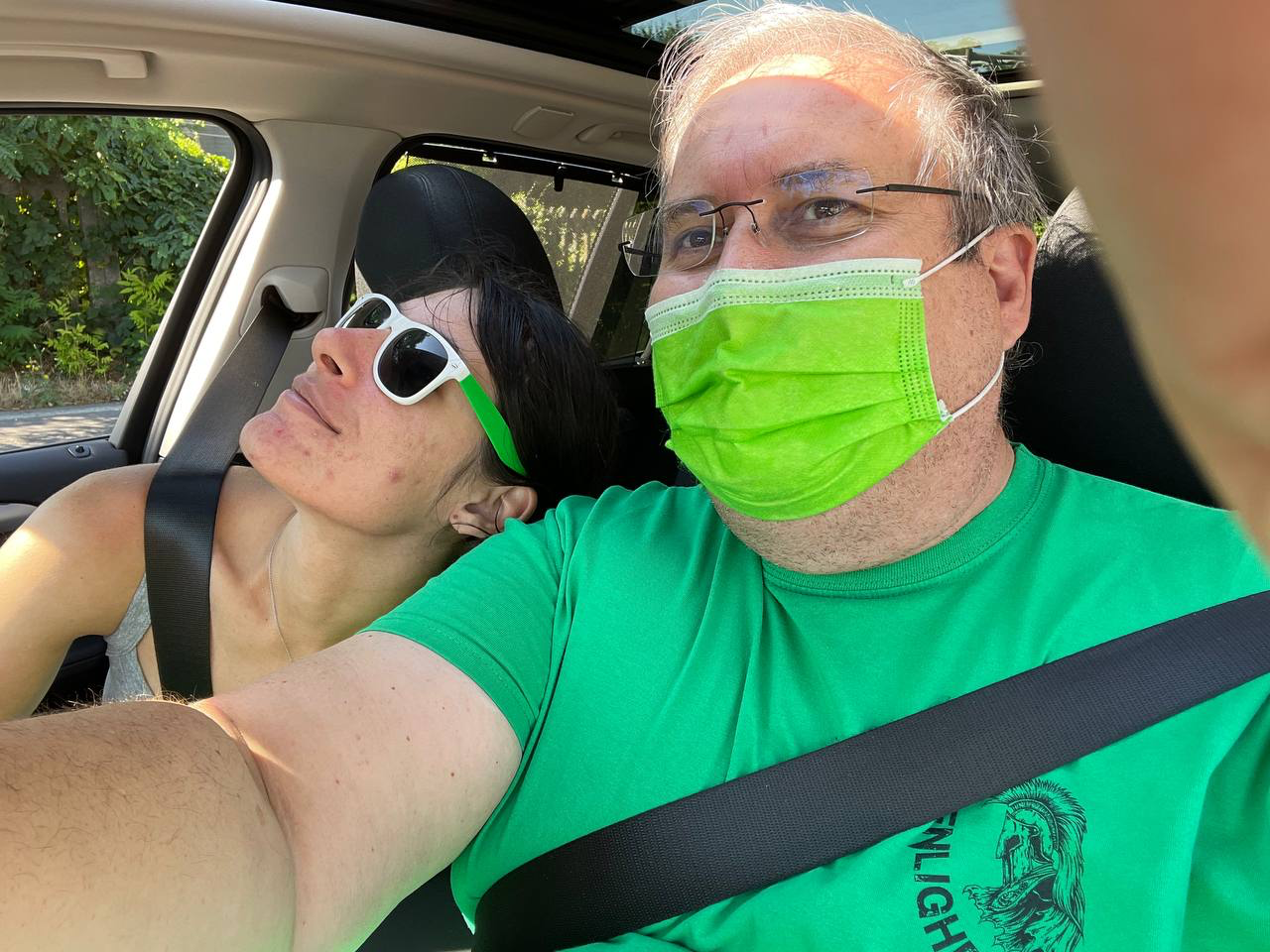 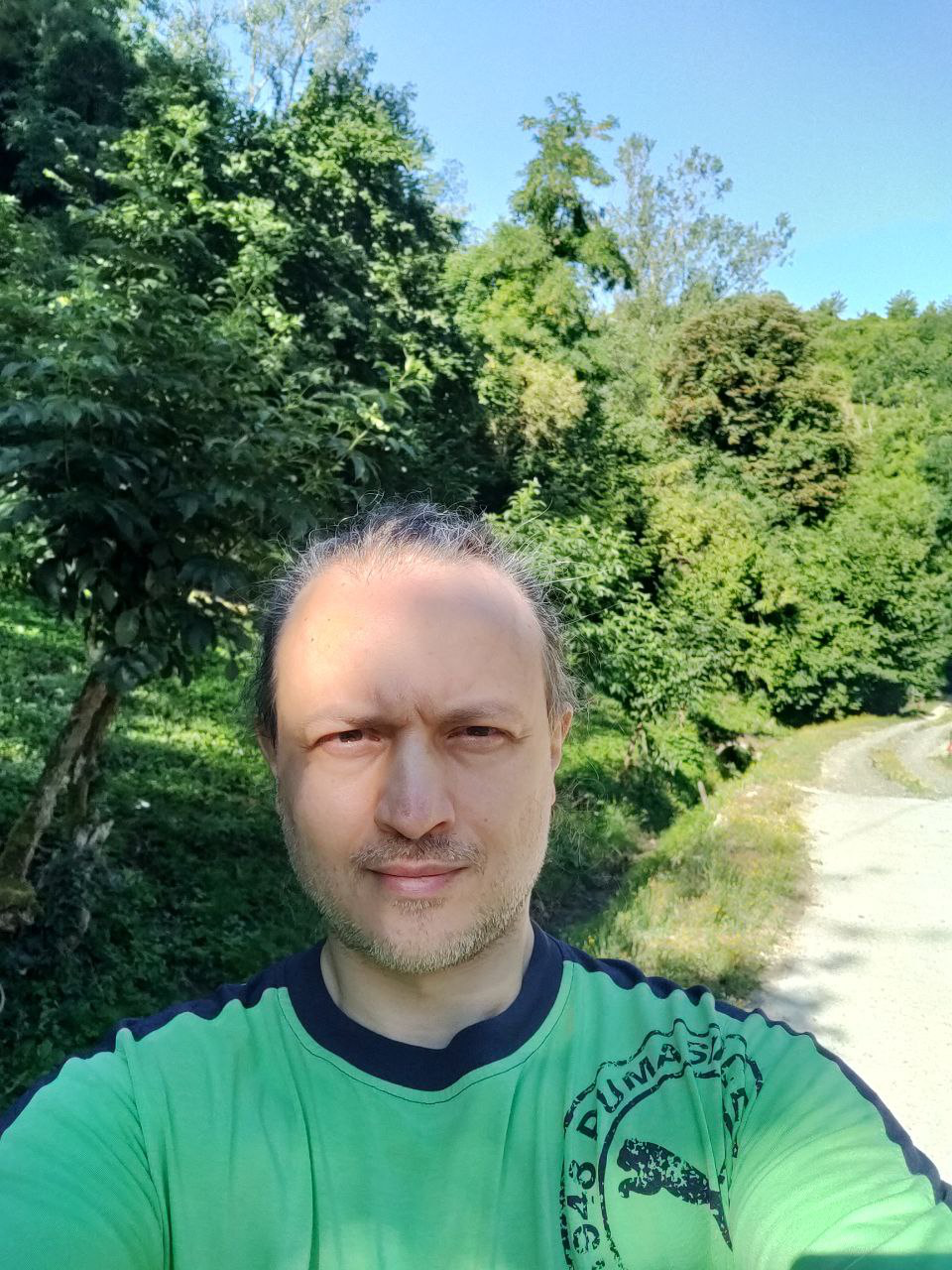 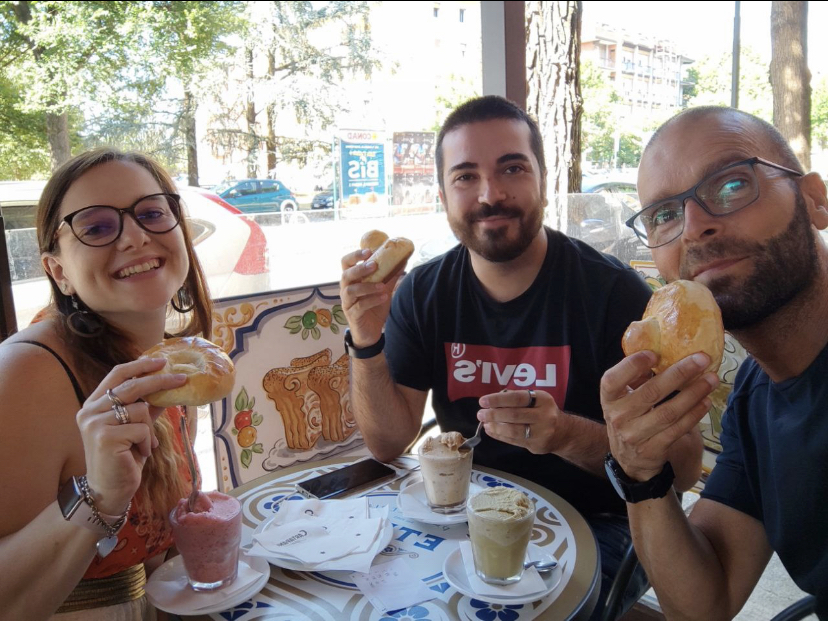 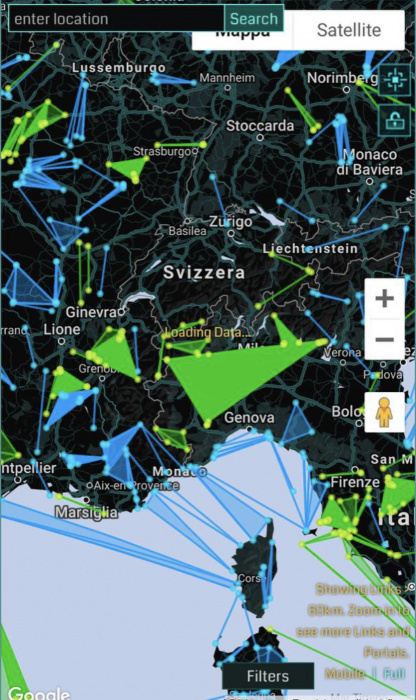