I couldn't bear to watch the England v Germany football game as, ever since Roma v Liverpool went to penalties in 1984, I've been a nervous wreck watching my own team.  What's a girl to do instead?  A spot of fielding, that's what!

With all the local options looking a bit messy, an attractive looking link path was spotted, and with the able assistance of agent BusStopBilly, an impromptu 12-layer plan was put together.

Keys farmed and a touch of smashing, I headed to Heysham lighthouse.  It was just as well agent m8utt had joined us at the last minute to help with intel as I did start off walking in the wrong direction when I arrived near the lighthouse!

It was a still evening and the view was rather lovely as the sun began to set...

… although the view in the other direction was not so enchanting as it was a nuclear power station and the port of Heysham!

Meanwhile, BusStopBilly had to give up his playtime in Southport to do a spot of clearing and then start deploying and linking the anchors.

Fields went up fairly seamlessly, although Prime did give us a scare when it just wouldn't link at one point and some keys couldn't be found (of course, they were in the capsule all along). 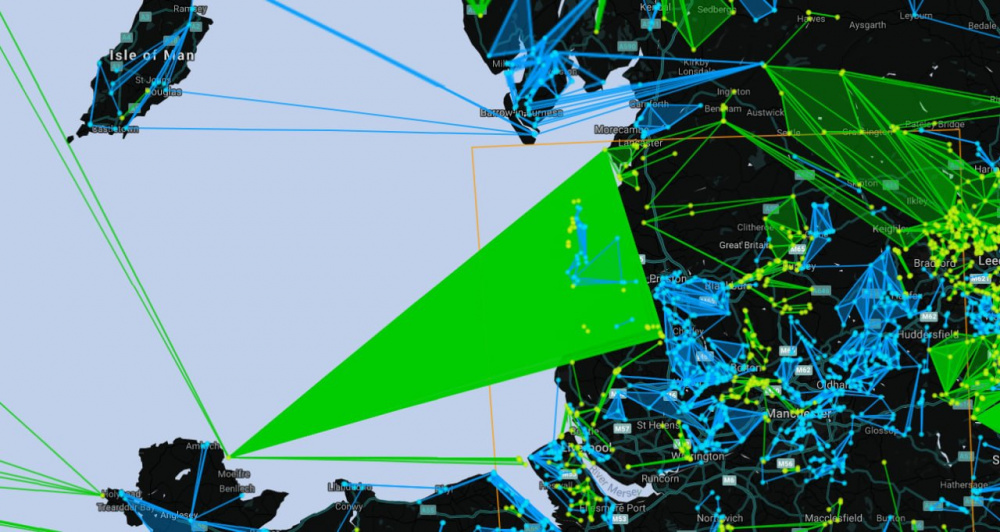 12 layers for a total of over 2.3m MU stood for 4 checkpoints. Imagine what we could do if we planned ahead!

It's time to move…