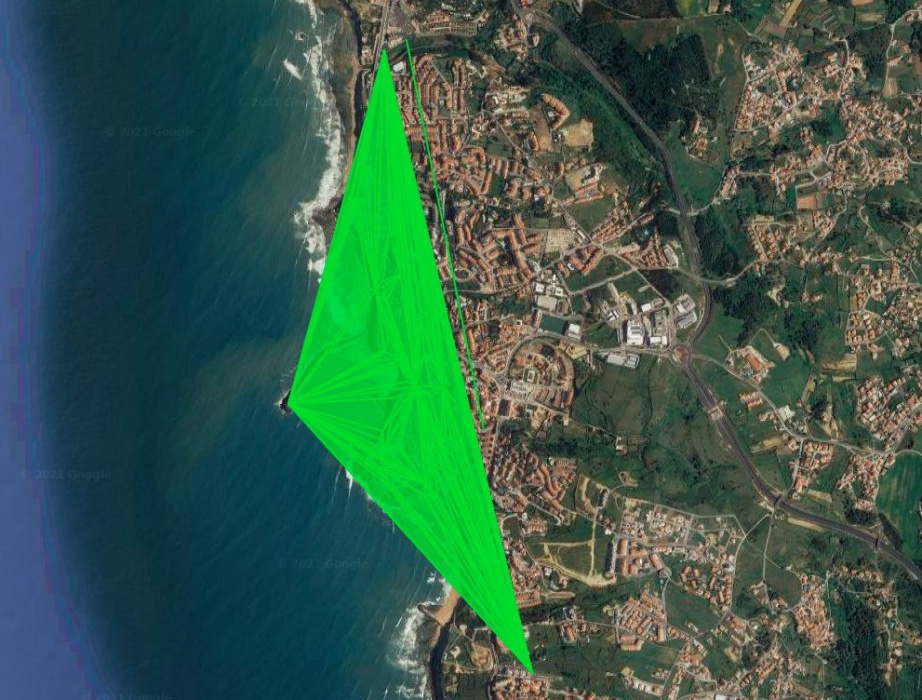 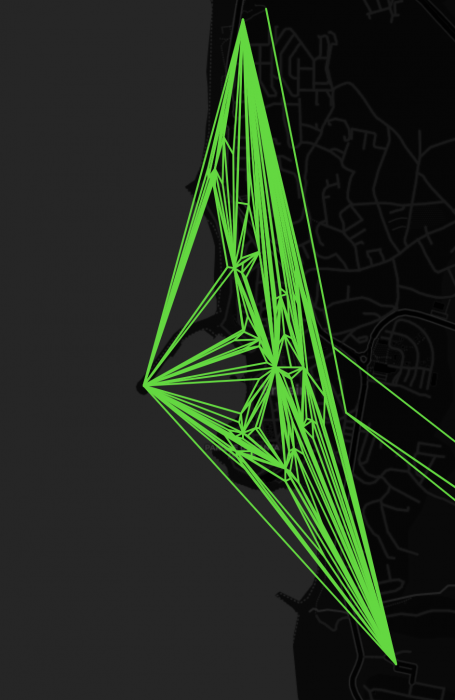 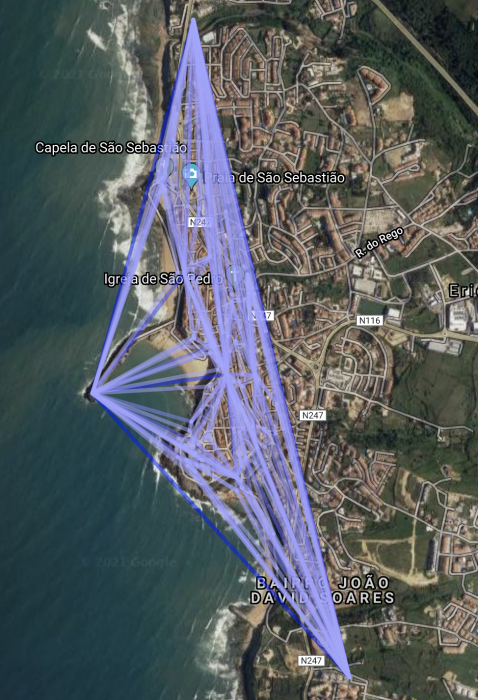 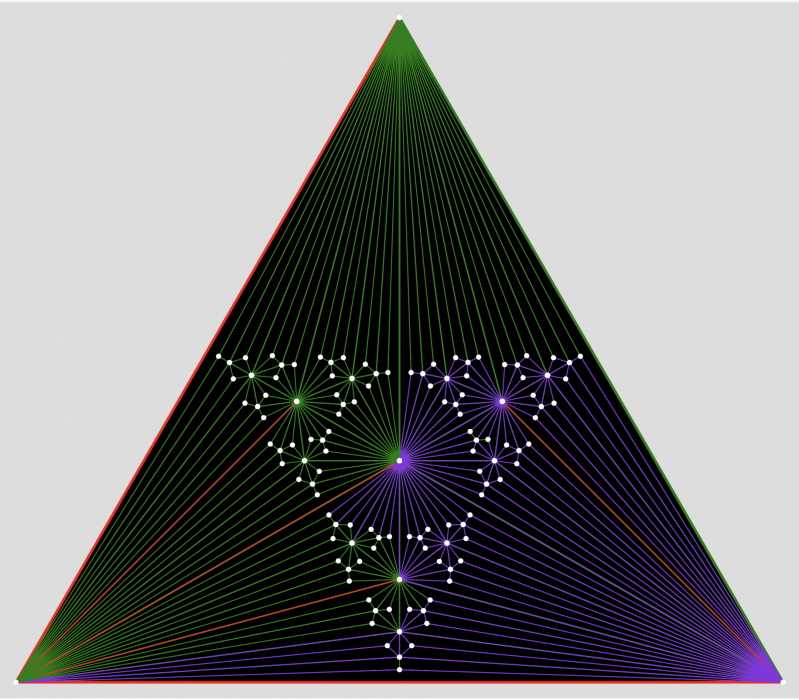 The links in purple are @Stultusz, the green ones @Pokericeira and the red were the setup, made to defend the drawing from offensive perpendicular links coming from the west, optimize SBUL usage and serve as guidelines for the drawing. 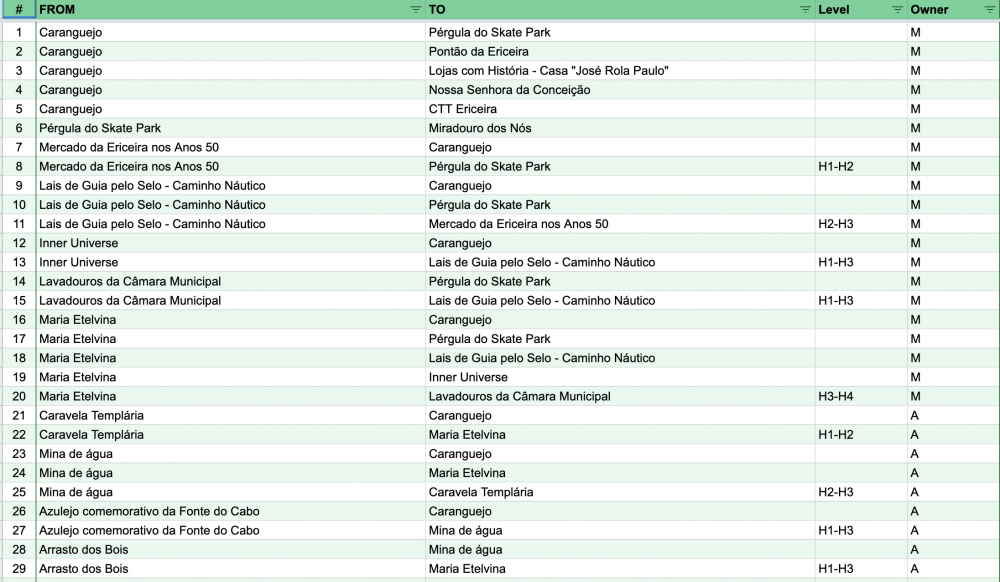 Building fields is fun! I've followed @57Cell 's videos religiously and almost managed to build a HCF6 inside Lisbon back in 27/12/2020.

After months of farming, planning, and through the discovery of new portals in the area, we've managed to reach a state where a duo-player HCF6 could be manageable inside the beautiful village of Ericeira, all within walking distance.

After the portals had been picked, we went for a baseline approach of building the HCF6 (bottom-up, presented as east-west in the map) since it was straightforward to split between two.

Key farming was done in the weeks prior, including extra copies to facilitate potential mending. Lots of capsules going back and forth! We concentrated all the keys in one player and made use of the CORE Inventory Management to check for which keys to farm and organize them in capsules.

The gameplay in the village is usually low, but some very active RES players play in the vicinity. We needed to go as fast and as quiet as we could. So we decided to split this in the span of a weekend:

On 19/06/2021, we went for it, thinking the travel restriction inside the council would make for less interruption.

On the first day everything was going smoothly, but the double R8 event allowed the presence of P8s in the village which drew too much attention and RES destroyed part of the game board in the afternoon. We retaliated, thinking all our efforts had been for naught, but managed to mend most of the initial plan. However we were still unsure if we should continue it the next day because we had raised too much attention.

On the second day, no nearby RES activity was given and the near-maximized inventory pushed us forward for a trial. A few resonators were missing, so we did have to deploy occasionally.

Miscommunication issues in the first HCF3 gave us a fright. Everything else went smoothly, with a single link misfire and ADA having to be used in the last portal before closing.

It was a blast and a good anniversary present for @Pokericeira ! The planning, the preparation, the anticipation... I highly recommend it! 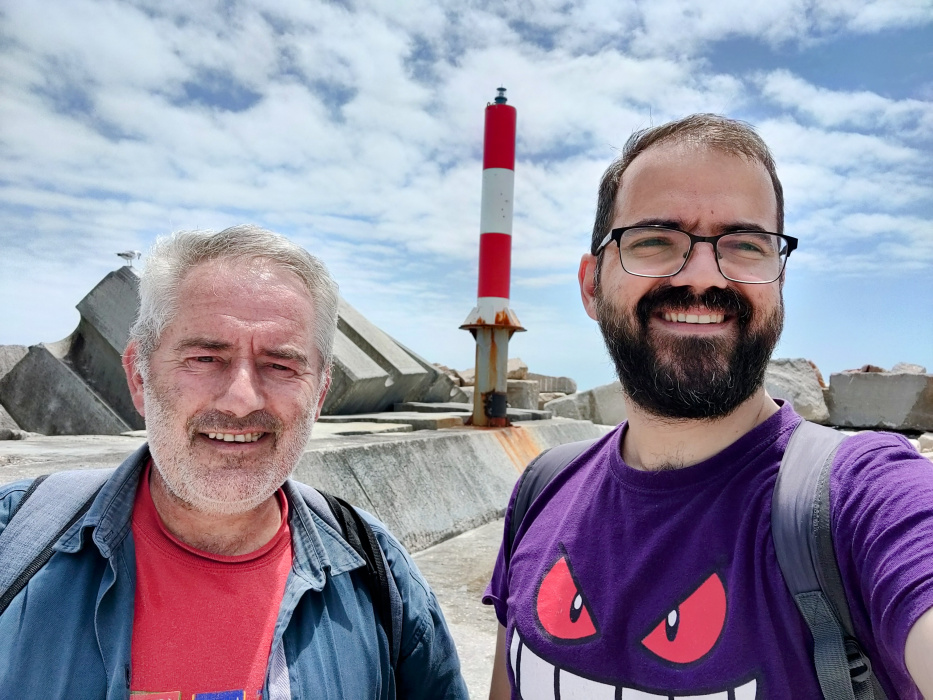