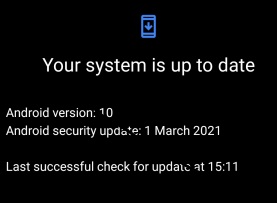 I have spent all day trying to load up Ingress and all I am getting, after the initial Ingress Prime - Headphones Recommended screen, is a blank black screen.

I have uninstalled and reinstalled several times, I have cleared cache and data several times. I have tried to log in using both the Google and Facebook logins and still no joy.

This has been going on for, at least, seven hours. I am concerned about losing my epoch streak because of it.

I am using a Nokia 7.2 and have attached my android version details and the build number of the ingress prime app