It's been requested time and time again through the years since, without any response, or indication why it doesn't exist as a parity feature in the Prime client.

A case where someone was confused about what was happening occurred today. 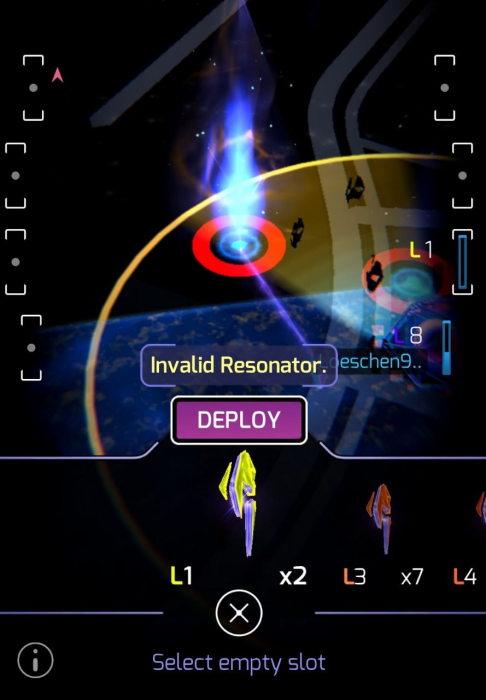 In this image, you can see the system responding with "Invalid Resonator". This was caused by the cached inventory on the device being out of sync with the server. A resonator that it tried to deploy, didn't exist in the server's copy of the player's inventory. However since the client will continue to attempt to redeploy that resonator, there's no way around this issue until the inventory is back in sync.

While this is a valid response to some degree, it's also more time consuming and with recent issues with black screens, even more frustrating when you reboot and can't get back into the game immediately.

Rebooting has the same effect as a force sync, but with far more rigmarole and time.

Aside from the time issues above, Force Sync makes sense in many of these cases. Explaining to a player "The server disagrees with you, just force sync and see if that fixes it", is a logical resolution that players will understand and be willing to take on their own once they see it as the first step to resolving weird issues. It also prevents the player from "leaving the game" and allows a resolution that doesn't break whatever level of immersion that the player has at that moment.

No, Prime is now a better client than Redacted, both in a number of usability changes (fast linking, cube access etc), and new features like Uniques and Kinetic Capsules. Redacted isn't coming back, but there are few features of Redacted that remain worthwhile to port over, such as In-App Navigation. Force Sync is another of those 'remaining parity items'.

Adding Force Sync to reload the Inventory, COMM, Game Field, and Agent Profile caches will both make resolving confusion faster and more intuitive, as well as not breaking people's play rhythm and immersion, with (as far as we know) no downsides.