Agent PlumbousGasBag of Tallahassee, Florida was asked by Agent NottyAngel of   Birmingham, Alabama to help run intel on an operation to cover most of the state of Alabama with a number of glorious blue layers.

After some discussion, we came up with a plan that involved layering over Birmingham and Montgomery (the largest city and the capital of Alabama, respectively).  We also came up with a name that was based on the slogan of the University of Alabama, which would provide a large portion of the spine of this operation:  Roll Blue Tide.

Further discussion yielded a date of Sunday, 28 March 2021 for the operation.  Little did we know that the Crimson Tide would be facing the Bruins of UCLA (whose colors are blue and gold) in the NCAA March Madness Men’s Basketball tournament that evening when we selected the date.

Agent CaptSpalding (Cullman, Alabama) farmed keys for our northern anchor of the Alabama-Georgia-Tennessee Tripoint Marker, and agent bittersweeet (Dothan, Alabama) is a reliable defender of Rehobeth Baptist Church as well as a provider of keys to that anchor.  provided early clearing of blockers and throwing some early rails.

CaptSpalding provided some early clearing of lanes along the northwest side of the op.  On the day before the operation, CaptSpalding worked with agent Nachnose (Anniston, Alabama) to clear the final blockers on the eastern baseline and get the baseline from the northern boundary of Alabama nearly to its border with Florida.

For throw day, five teams of agents were set up to throw the layers.  Unfortunately, the night before the operation, one of the agents had a family emergency which necessitated some last-minute substitutions.  The first throw team was NottyAngel and KobayashiMUru.  Sharkyshark45 and KittyKat1973 came south from Lamar County, Alabama to join up with asdfjkll from Tuscaloosa to form another throw team.  Agents Violation1st and Chickengirl from Jackson County, Florida joined up with bittersweet to come north to form a throw team.  CaptSpalding and QueenMarvel came south from Cullman for the fourth team.  The final team was made up of dreamfaster, BluLizardz, and BluDragonz from Birmingham.

A stroke of luck came when Enlightened agent smilly4u cleared some of the blue blockers that had popped up for us early on Sunday morning.

On throw day, NottyAngel, SharkyShark45, and OldManKain (from Montgomery, Alabama) cleared blockers for us.  After dropping her blocker, NottyAngel threw a nice rail midway between the offending portal and the first of their throw portals.  Shortly after 10 AM Central Time, the first layers went up, and the last of the layers were thrown shortly after 4 PM Central Time.  At the 2 PM Central Time checkpoint, 71 layers worth 94,014,327 MU had been thrown.  Somewhere in the excitement, PlumbousGasBag lost track of layers.  His tally was 147 layers thrown for 204,012,459 MU.  However, other screenshots show 152 layers and 148 layers.  Did he miss 1 layer or 5?  Nonetheless, the core of Alabama was under a deep blue triangle. 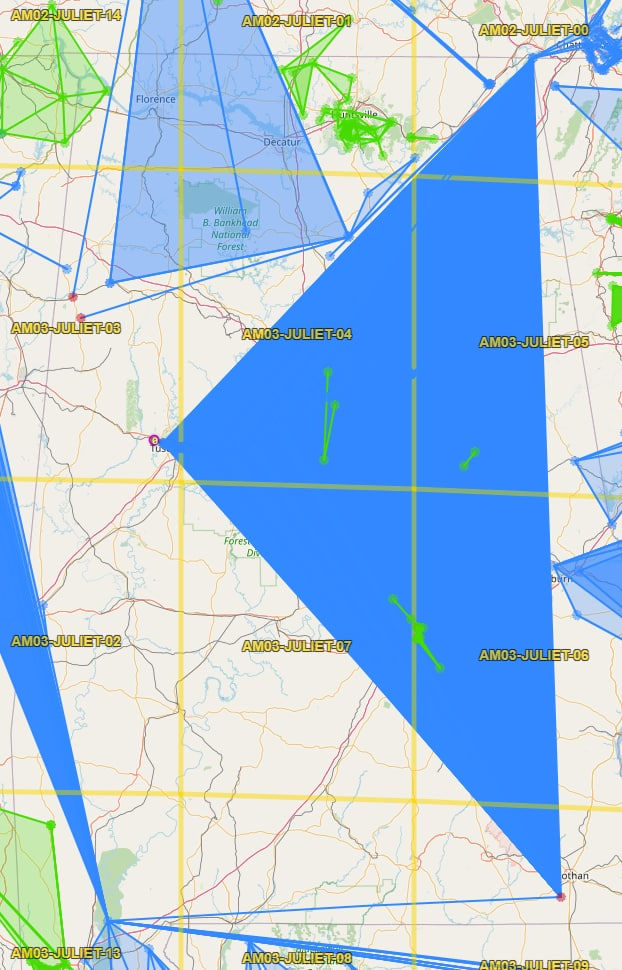 After a successful day of fielding, most of the agents met for dinner in Tuscaloosa. 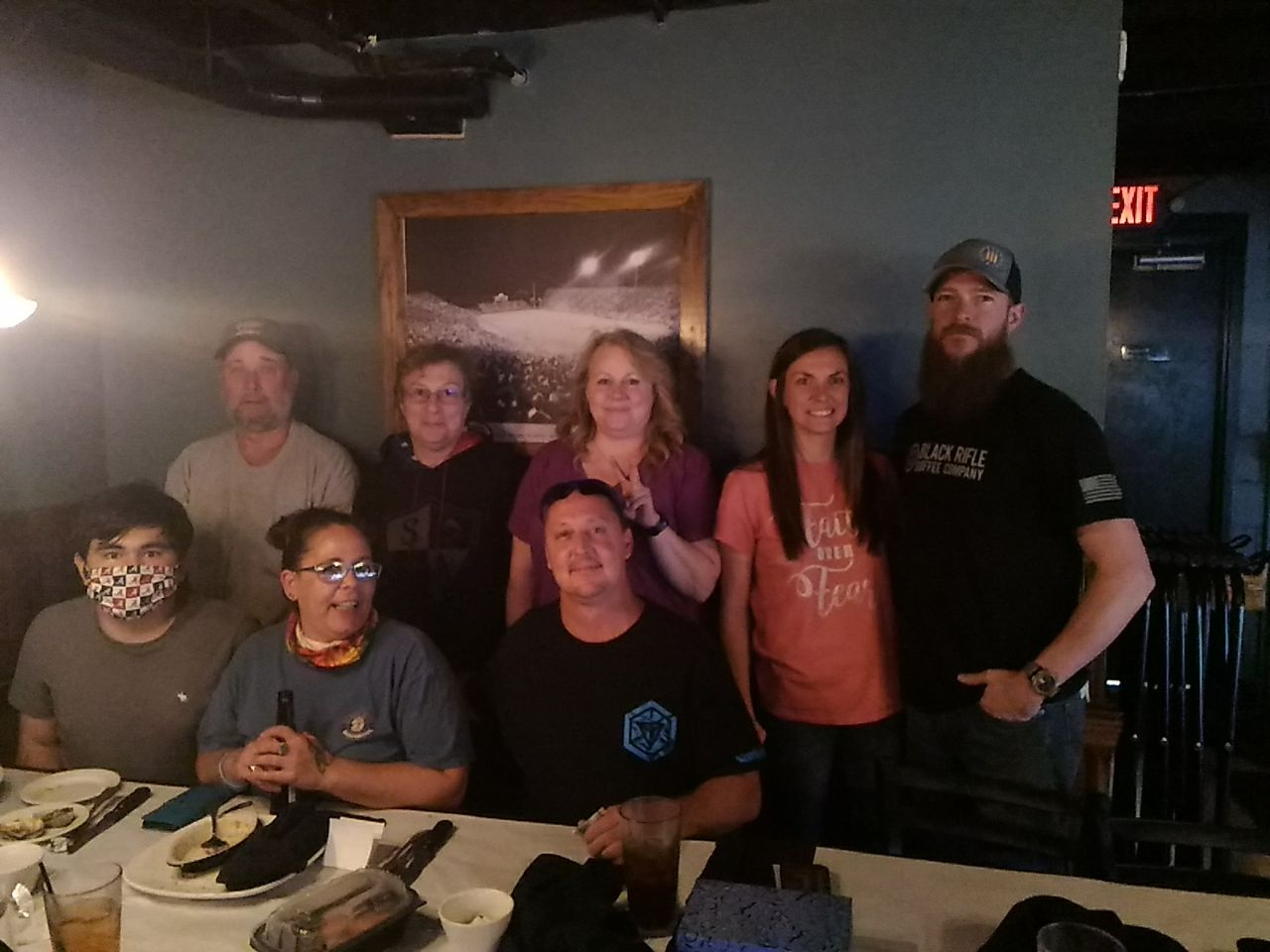