[Forum Suggestion] More features and a purpose for levels

I'll do the impossible and actually use the Forum feedback category for forum feedback. Chilling, I know.

In July last year I've already made a topic of some things I'd love to see in the forum by comparing the Ingress to the Catan forum. Some features, most notably the bug tracker, have made it's way over, but some, at least for me, no-brainers haven't.

Now I know that some features have probably been disabled to prevent abuse and spam, but the forum has a great tool to combat that: the Level system. Currently, there are 5 forum levels, and the only thing that it does right now is giving L2+ agents the ability to embed links and upload pictures. Level 2 itself isn't that hard to reach either, I believe it's either getting 10 points or being registered on the forum for more then 24 hours, whichever comes first (which was added during the Tessellation so agents could post screenshots)

Here are all the level requirements as I remember them:

Locking some features behind the level system may sound unfair, but it'll keep abuse and spam in check, as people with higher levels normally are the ones that are more active and have good posts. Of course agents can ask their mates to go like their comments and posts, but that case should be rare and can be more easily managed by the moderators.

I'll try to list some features I'd like to see and the level they should require in my humble opinion.

This seems like an easy change that could bring in a lot of personality into the forums. Obviously, as with every user generated contend that can be uploaded, this can be abused to display pictures that are potentially bad, however, the same can be done with uploading a picture to a post or comment which also only needs L2.

G+ was an amazing tool to organize agents as every player who played Ingress had a Google, and therefore a G+ account and profile. In G+, agents created groups for all kinds of purposes: Swag trading, Anomaly organizing, Investigating etc. G+ was perfect for this as groups could be customized, either as public or private, had the possibility for group creators to appoint moderators etc. Since G+ died, no central website or tool had been found that is in use by a majority of agents due to the hurdle of finding one everyone agrees on and the hurdle of actually registering.

The groups add-on for Vanilla Forums seems to fill that hole perfectly and is the feature of all of the once here listed I want the most and which other agents would surly use as well. Users can create Public, Private and Secret groups in which they basically have a sub forum just for themselves.

Agents have full control over who joins the group and, if set up correctly, also have moderation power like deleting stuff they don't see fit for their group. In addition, they can make announcements that pin to the top of the group and can create Events (if enabled, see below).

A few public groups that I can think of from the top of my head: Regional groups (for new and established agents to connect, plan and share stuff), Operation Essex, Project Lycaeum or the Glyph Journal (for the investigators), Swag brag and trade, and "The Order of The Link Amps" or "Keyhoarders Anonymous" (silly little fun groups).

As groups can clutter the public group directory quite a bit, agents should have reached L3 or higher to prevent that, while also ensuring community leaders can easily establish groups without needing to participate in the forum for weeks or months. All agents have a forum account however, which basically eliminates the "where" question and the registering hurdle. 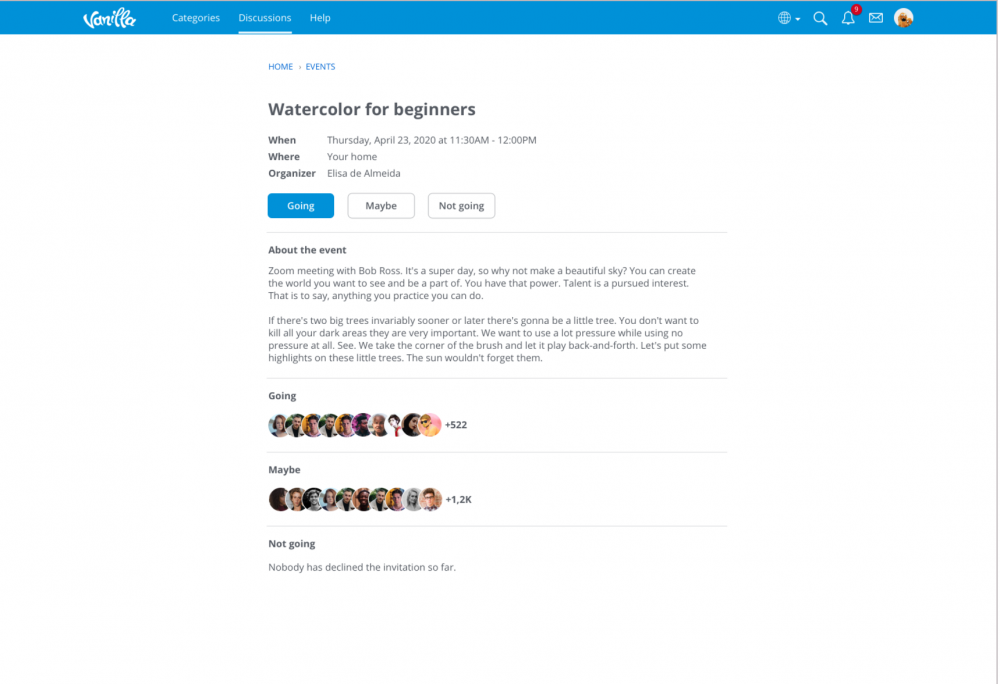 This was also a popular part of G+. No matter if NL-1331 came around, Anomalies were approaching or local farms needed to be organized, G+ could be used to create Events and invite people, as well as gauging interest.

Events are part of the group add-on and can, if I understood it correctly, only be created by normal users in groups they are a moderator in, which means it won't spam the normal forum. In addition, Niantic can create Events in every forum which are then displayed at the side of the forum, giving agents a quick overview of what events are happening.

As Events are part of the Group add-on and can only be created in groups anyway, I don't think a special level gate can be set, which is no problem.

At the moment, the profile for a user is quite bleak, only providing information about the forum. If agents want to privately connect, they'll need to share a way how via a comment, like "TG name same as IGN". While that itself isn't bad, it would be nice to have a way to have some information available to everyone.

With the Profile Extender add-on, Niantic can define fields agents can fill out to their liking, like:

Agents won't have to fill out things they don't like, and other who wish to contact them can see their social media links or Telegram username. In addition, the bio and the playstyle can indicate how an agent operates, so others recruiting can judge them quickly. I also believe Niantic planned to have the faction of an agent automatically on the forum somewhere, so a non-editable field for faction would be nice as well.

I don't believe there is a way to regulate those fields via levels, but I don't think that's necessary. 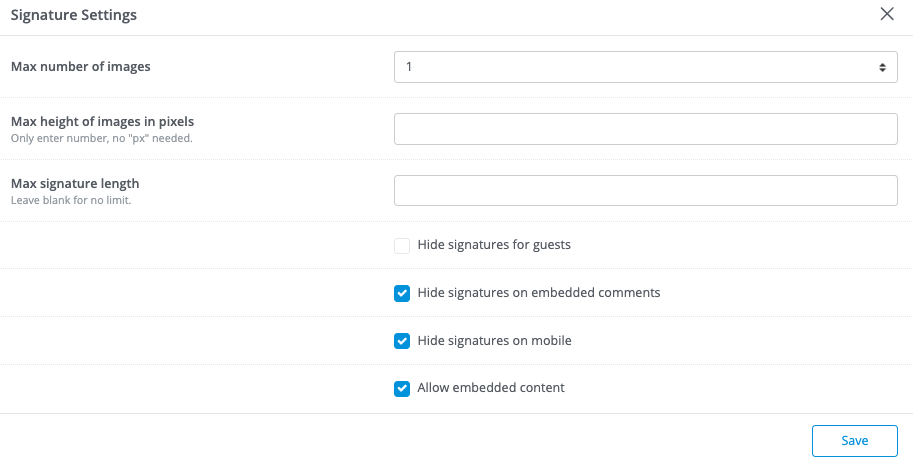 Signatures can provide the same level of detail as the Profile Extender can, but it is more easily visible to others.

The Signatures can be set up with a max. length and can be hidden for guests or mobile users, which both limits clutter and doesn't show things like TG usernames (or whatever the agent wants to share) with people who aren't logged in. 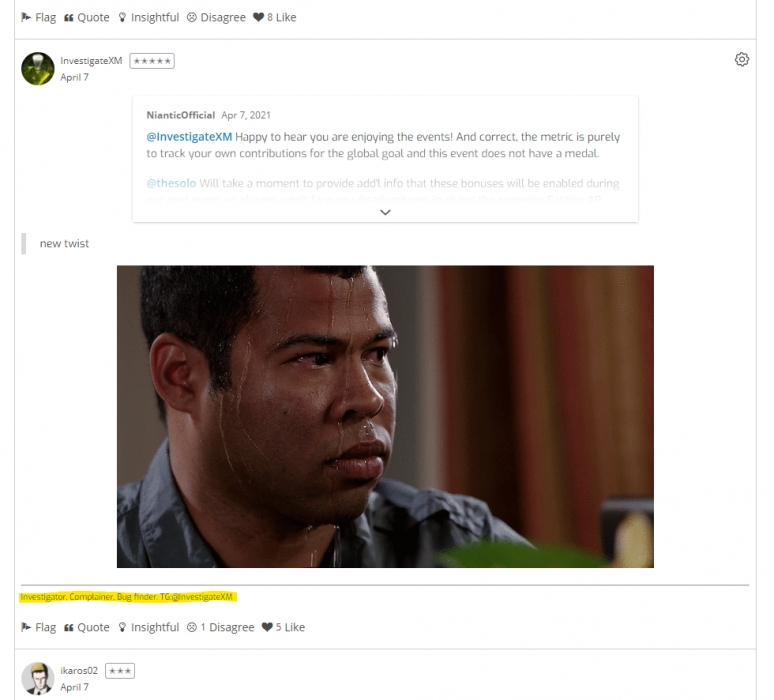 In addition, agents can choose to hide all Signatures from others if they so wish.

As this is text or an image that will, by default, always be displayed under posts, a higher level should be in order to not clutter the forum up. You can set it up that higher levels can post longer signatures or add images. 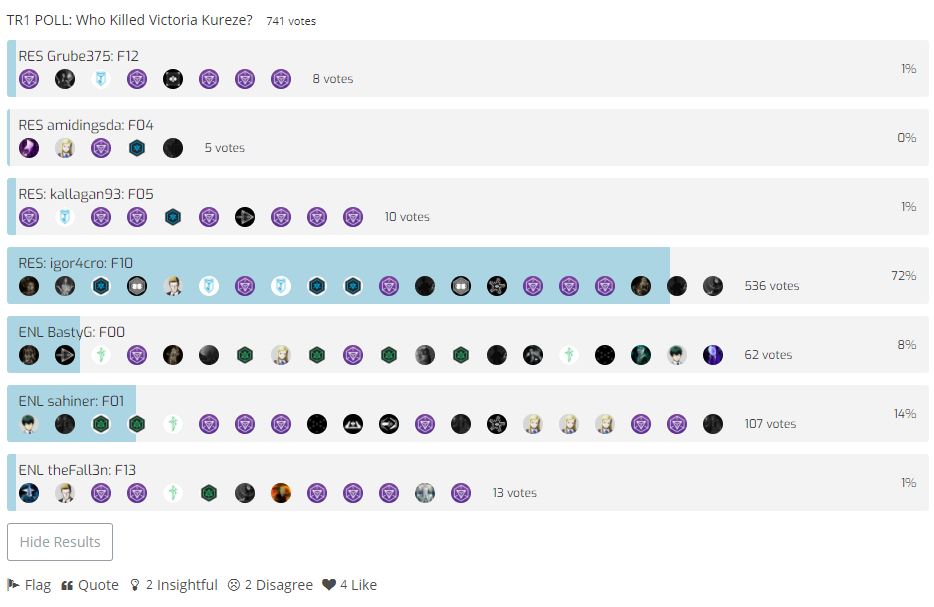 This is a feature that's already active, but reserved to Niantic only. Polls would provide another way for the community to communicate. In fact, the Catan forums have Polls for players active, so it shouldn't be that bad to enable it on the Ingress forums as well.

Editing posts (L1 and up)

Different lengths can be set for different levels

At the moment, all agents can edit their post up to 24 hours after posting. For things like an ongoing sitrep, event etc. however, 24 hours is nothing. I understand that the 24 hours may be in place to prevent abuse, but a raise would be very much appreciated and can be regulated via levels, like L1&L2 a day, L3 a week, L4 a month and L5 unlimited. 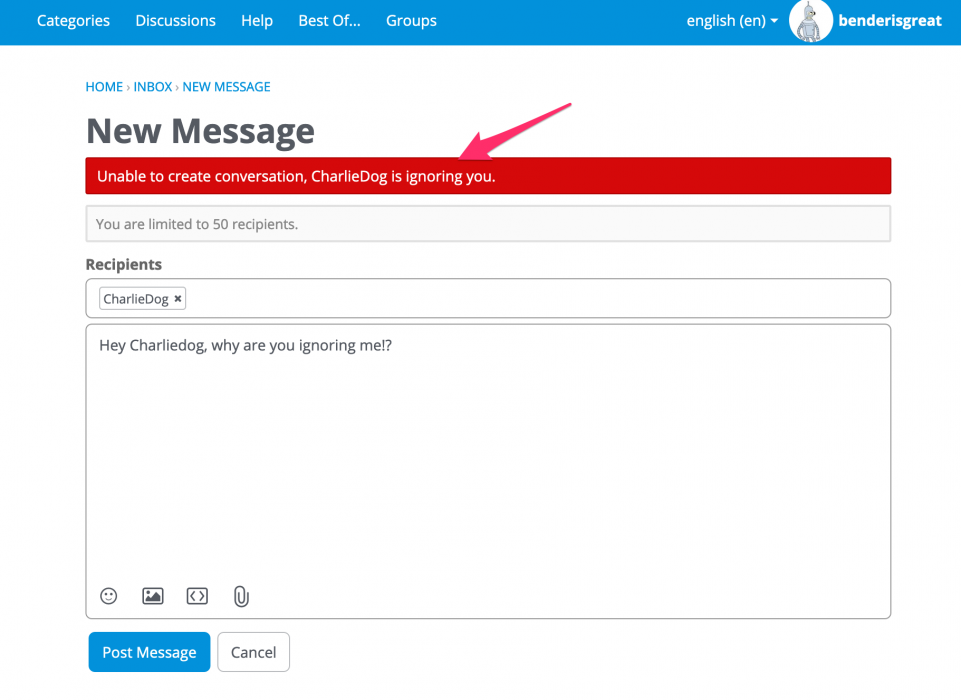 This is a feature I understand is not enabled as default, as this can be used for nasty abuse and harassment, and with a lot of agents using other messaging apps, not really needed, but it would still be a way to connect to users who don't have any other way to contact them.

To prevent abuse, the level gate should be high. While lower level users won't be able to create a new message, they can still respond to messages sent by others. In addition, admins and moderators can read these messages as well, so if someone doesn't behave, the user can be reported and be dealt with. Also, if a user has ignored another player, the ignored player cant send a message to the user.

Messages can also be used by Niantic to distribute, for example, passcodes for challenges like #IngressValentine.

Even if only once of those features made their way into the forum, it would make it a nicer place to be at instantly. Profile pictures, Profile extenders and Signatures for personality, Groups, Events and Private Messages for organizing and longer Edit times and polls to have a nicer experience on the forum.

If other agents have other ideas to make the forum a nicer place, please, by all means, share it in the comments.