Hey there! After the recent.. changes so to speak.. to the writers department of Ingress team, I wanted to make a field art of commemoration to the people who gave us the Tessellation. 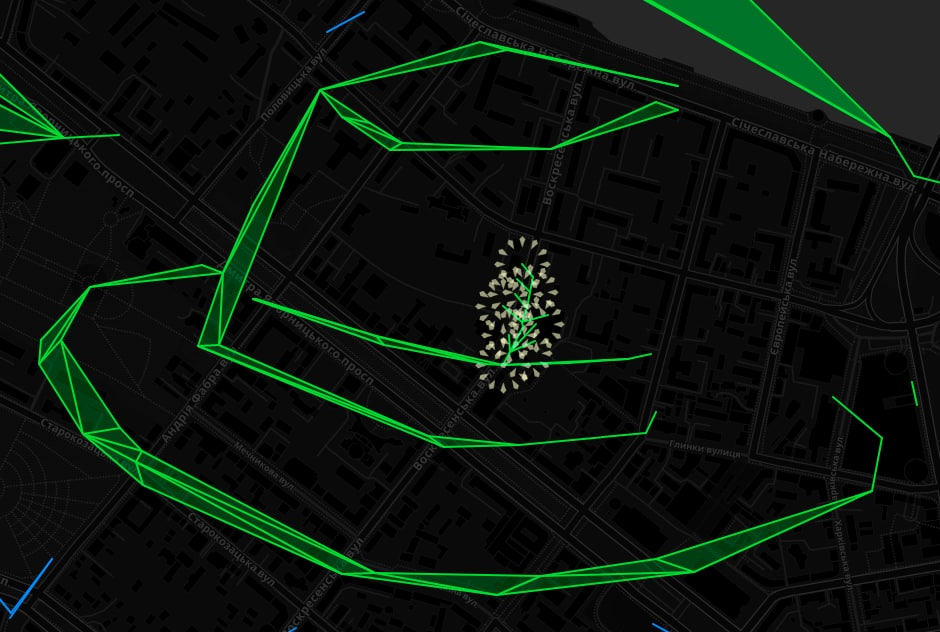 It all started with that I didn't even know what I wanted to draw; I just wanted to draw. Something symbolic and that which is associated with PAC @Truthseeker easily. So I asked people I got to know during the Tessellation for ideas. And an idea of a hat with a feather quickly came up, thanks to @Atunatunak.

@BatrachianAnura from the Netherlands PMed me and offered help in drawing; a few days later we got the final plan. A bit earlier, Belarusian Enlightened made a field art using fireworks, and I saw they're looking quite fitting for a feather. Now it was only left to gather people and make it live, with help of the night and rainy weather. Not without the (futile) Resistance of course…😜 More on that, and participants impressions below. 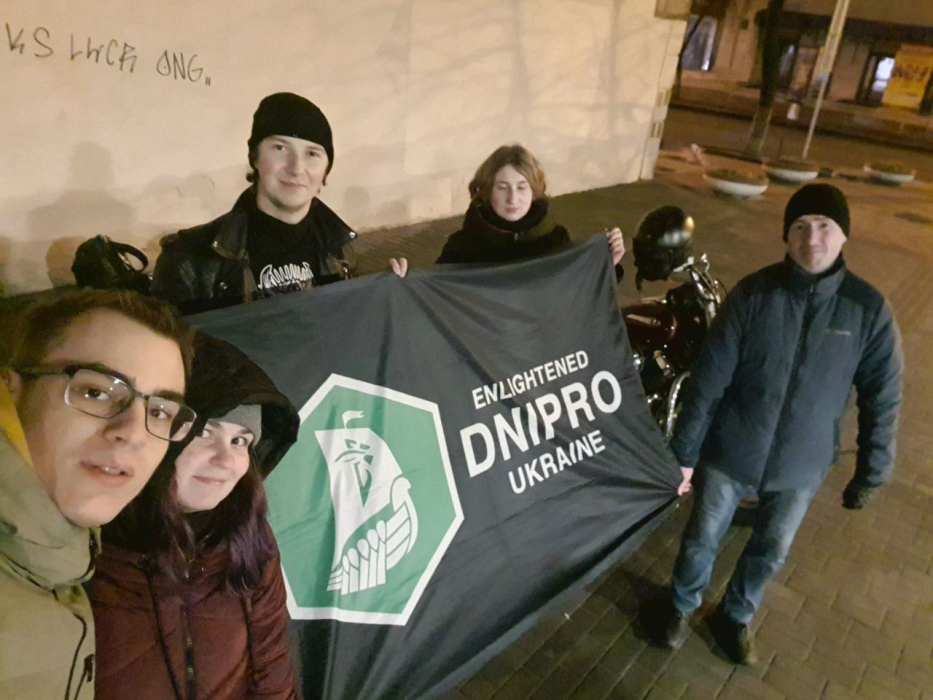 The field art was planned to be in the city center, and for sure we wouldn't be able to create it in the middle of the day because of active Resistance. But nighttime always helped our plans to succeed, so we used this card once again. We met up in ███████████████ at ████ o'clock. SInce █ of the 5 participants had no experience in making field arts, and the rest of us needed a refresher, I made a briefing on basic things such as █████, ██████████ and parts of the plan each of them would be making. The briefing however didn't include answers to questions "Why the hat?" 😅

We started at about 23:00 local time. We built the hat, screenshotted it and were about to start building the feather but then saw DerxIT (Res) approaching one side of the hat. I took Mangladar and we went to catch him and take him back home, either by helping him get rid of his entire inventory or ███████████████████████████ (no violence of course!). After a short "negotiation", the player said to be heading home, so I followed to make sure he will indeed get home successfully (nighttime, who knows what could happen?). Mangladar at the same time went back to rebuild the destroyed parts. As I returned back to the area 50 minutes later, the rest of the team was dealing with a couple new green links and building the feather.

Things went smooth from now on. The feather was built, the fireworks were placed step by step to later choose the best concentration. Thanks to agent pwrlmt for the final screenshot! 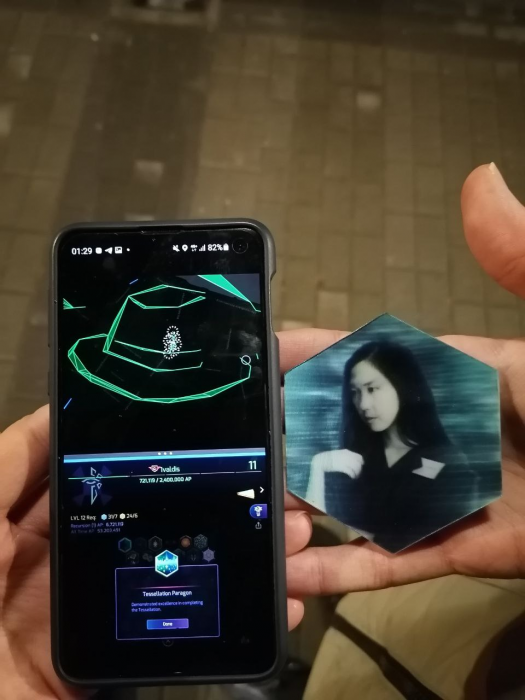 Well, my first participation in a Field-art creating left a really inedible impression. Starting with astonishment about the fact that there is a herd of madmen, Who are ready to run around the city on Friday, almost at midnight, when it is really cold and rainy, ending with being one of them. It began quietly and calmly, with no signs of trouble, but nothing lasts forever. So, there came a resistance agents, Who decided to take part in our little event. Wondering around trying to catch this wonderful person and see him home at 00.30 am is a kind of grotesque but ridiculous picture. We could sigh with a relief only after rebuilding of everything he had broken before. The art was ready, the fireworks were lit, the photos were made, and I was really satisfied. Riding a motorcycle back home through all the snow brought a lot of emotions, too, but that's another story.

My own impressions are very close to Mangladar's, it was my first participation in such event, too. I was hungry and exhausted, it was late, and the weather was horrible. But there wasn't any moment I felt sorry about my decision to join. It cheered me up a lot, it brought me So much positive emotions that the only thing I can think about now is the next event. I really want to express my gratitude to all participants, Who brought this idea to life, and Who turned it i to such a lot of fun and excitement.

Looking forward for the next time. 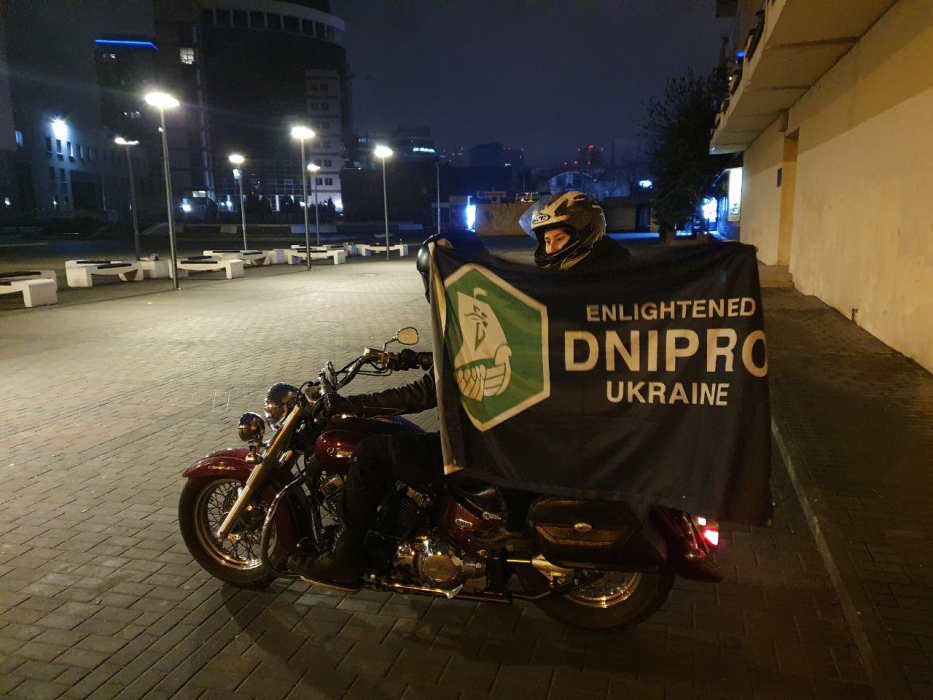 In every field-art or any other Ingress event I took participation in, the most wonderful component was always an idea. In this operation even though I didn't really know what the idea is, I knew it's a big one. I felt we were doing something special for someone special. That's why we didn't give up however the weather was horrible, the night was dark and resistance was insidious. The result you can see on the screenshots :)

Thanks to all the participants, especially our heroic intel operator Lennech ❤️

Why I participated in the operation - the picture of the field art is a hat. For a long time there was no real events in the game and I decided to participate, empty the inventory, took powerbank for charging the phone and a plastic package for rain protection from the shelf. It was not boring)

Despite the distance of half a thousand kilometers, I have been in this city for a long time, in this team, as an Intel operator. And I am very glad that every time, during the years, I'm called to help agents in the field 💚

From special impressions: if not for the кляты (untranslatable pun) Res, I would have slept for a couple hours longer before a long trip 😅 Well, and I hope that Daria DoraExplorerr will never be hungry again during operations ❤️