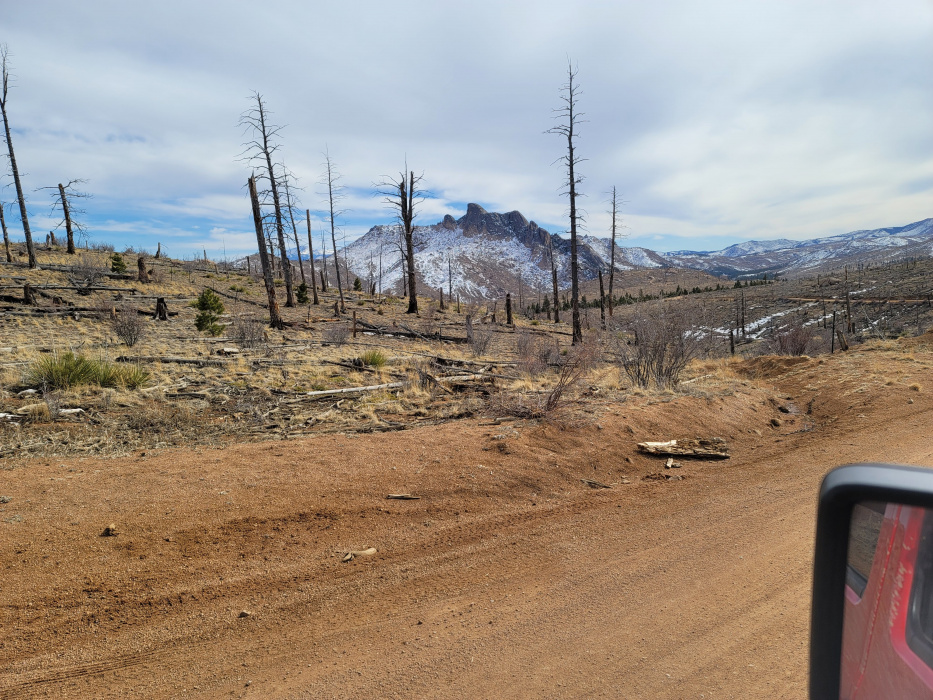 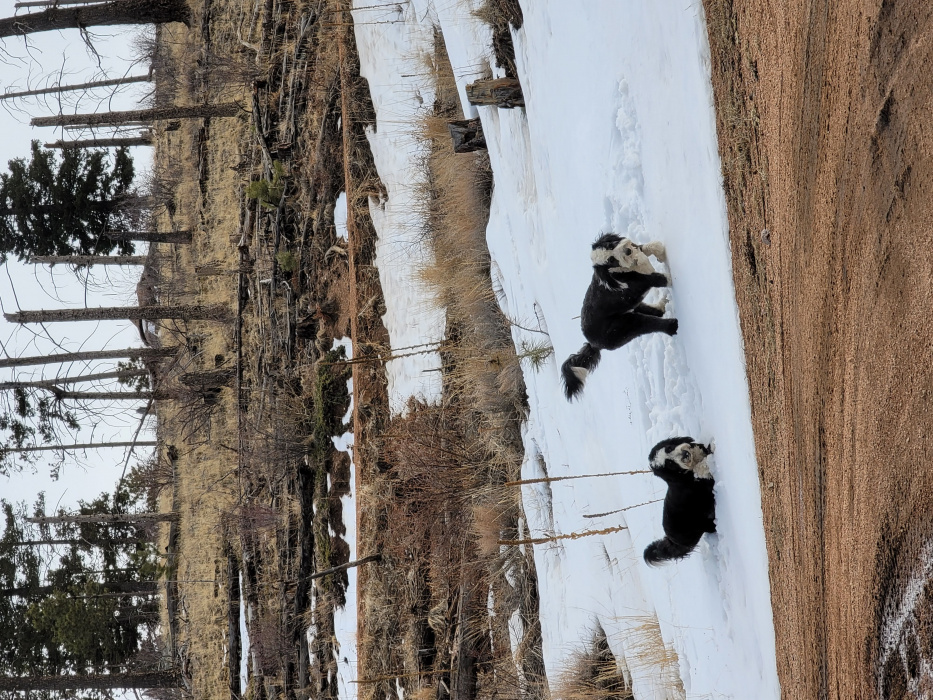 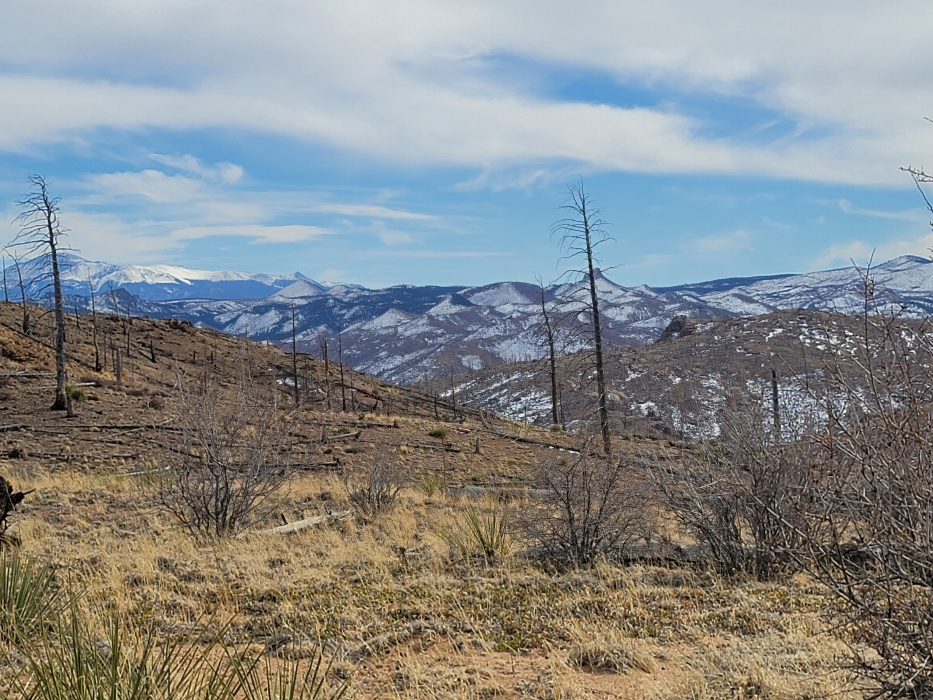 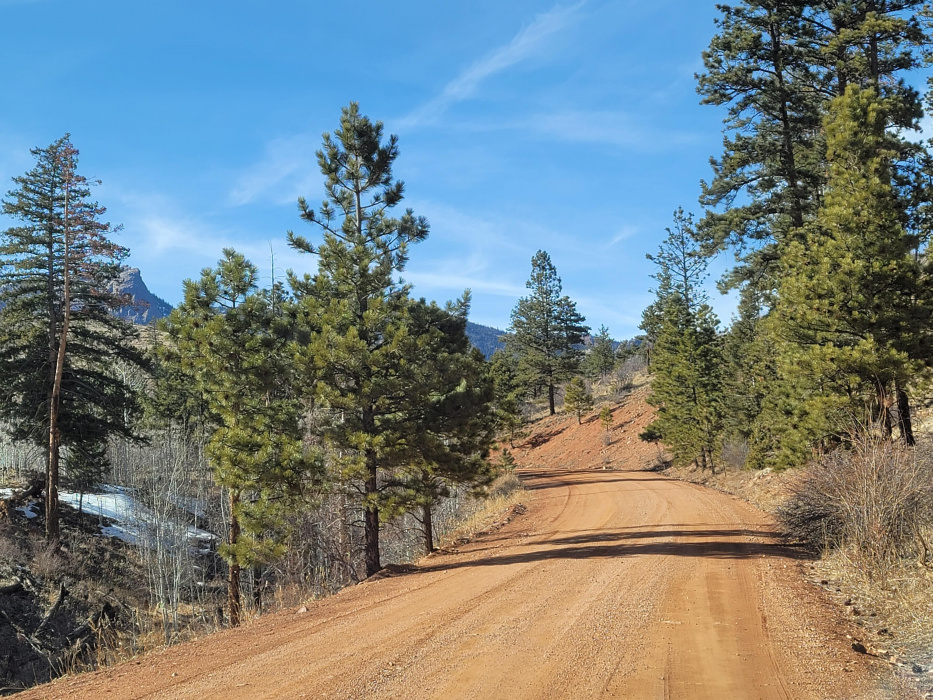 The Hayman Fire was a forest fire that devastated the state of Colorado back in 2002. At over 138000 acres destroyed, it was the largest wildfire in our state’s history… until last summer, when its record was surpassed by both the Pine Gulch Fire and the Cameron Peak Fire.

Today, Ingress took me up into the National Forest area that was part of the Hayman Fire almost 20 years ago. As you can see from the photos, the area hasn’t yet recovered. Amazing views of Pikes Peak, one of the more famous of Colorado’s many 14’ers, are set with a foreground of acres and acres of dead, burnt trees.

As my friend and I drove along some of the many 4 wheel drive tracks that stretch through the National Forest, our normally chatty nature was often silenced by the silent grandeur of the mountains and the tragedy of the lost forest that used to grow so densely there.

The Hayman fire was started by a human being - the reasons are still hotly debated, but vary around a forest ranger burning a letter from her ex husband on a red flag day, to her having deliberately set the fire so that she wouldn’t have to fight fires out of state that summer. The result today - a desolate landscape indeed, but one that does afford you some stunning views of the surrounding mountains that would normally have been hidden by the many trees. It will require many many many more years before the forest will be restored. 20 years have hardly made any progress on the task - but yet, there are signs of regrowth, and also areas where the forest remained strong in spite of the fire. When my friend pointed these things out, I pondered it for a bit.

Many of us feel that Ingress, and particularly our communities, has been almost destroyed over the past few years. The Prime rollout, an oft ignored community voice, apparent budget cuts resulting in a drastic reduction in the frequency and number of live events, a global pandemic and a constant onslaught of spoofing accounts have caused many of our communities to dwindle to such lows that in some places there is hardly anyone left to play with. Yet, some communities have stayed strong in spite of the problems. Their numbers may be smaller, but instead of falling apart, the agents have grown closer together, with members supporting each other through circumstances so dire that none of us could ever have imagined them a few years ago.

How have some communities thrived while others have not? Can this new view of the bigger picture afforded us by so many of our old reliable structures having been burnt down to the ground help us learn anything about how to better grow our communities moving forward? I see quite a few signs that give me hope. New, long wanted features (being able to see what portals I have not yet captured brings me so much joy!), more stable releases, a new Beta testing group, the promise of a long needed Community Manager…it feels like we, the Ingress Community at large, are finally being listened to. Will the improvements continue? I believe they will. It may take some time, but I see much promise in the progress so far this year. In my part of the world, Spring is on the way - there is a trace of warmth in the air, and a hint of green in the undergrowth, with more to come in the months ahead. I’m very hopeful that the same holds true for this “more than a game” we all are so passionate about. It looks to me like Spring is coming, with new growth possible.

Please don’t think I am naive. I’ve been a part of the Ingress community since 2015 and I understand the struggles and hard work ahead and that overcoming our current challenges won’t be a (excuse the pun) walk in the park. But I choose to believe we can succeed at revitalizing our struggling local communities and helping our strong communities to become even stronger. The pandemic is ever so slowly starting to recede. Slowly, the promise unfolds that we will be able to leave our homes and gather in cautious but happy groups again, maybe even by the end of this coming summer. It feels like Niantic is starting to listen to us. Agents, it is almost time to move. Are you all ready? I AM SO, SO READY!