The epidemic is slowly receding, which means that future events can begin to be planned. Unfortunately, it's unlikely that anyone reading this in English will be able to come and take part, but I'm interested in your opinions on the rules and the idea of an offline event after Covid.

If anything, we will not yet have abolition of the mask regime in public places and transport in our city at the time of the event (April 3), but it has never been in effect on the streets. Also, almost all other restrictions will have been lifted by the time of the event. Next, translating the rules.

When you were a child, did you ever dream of finding a real treasure? Re-watched Indiana Jones, The Mummy or Treasure of the Nation several times? So why not try your hand at being a true treasure hunter? Join the team of intrepid adventurers! The expedition kicks off on April 3!

Like all adventurers, your goal is to get the most gold:

The game area is divided into identical cells. Every 15 minutes the state of the portals is measured. If a team in one of the cells captures half or more of the portals, they get 1 gold coin, and if all of them, 2 at once.

You can also find real treasure! The chests hide not only gold, but also mysterious artifacts. The expedition lasts 3 hours.

A plug-in for IITC-CE, an info channel and a Telegram bot are all available.

Anomaly Zone and its exploration

Our expedition will take place on Petrogradsky Island, Saint Petersburg, Russia. The exact map will be revealed a couple of days before the start.

The anomaly zone is divided into 49 cells. Teams start the trek from the common camp in cell G1. 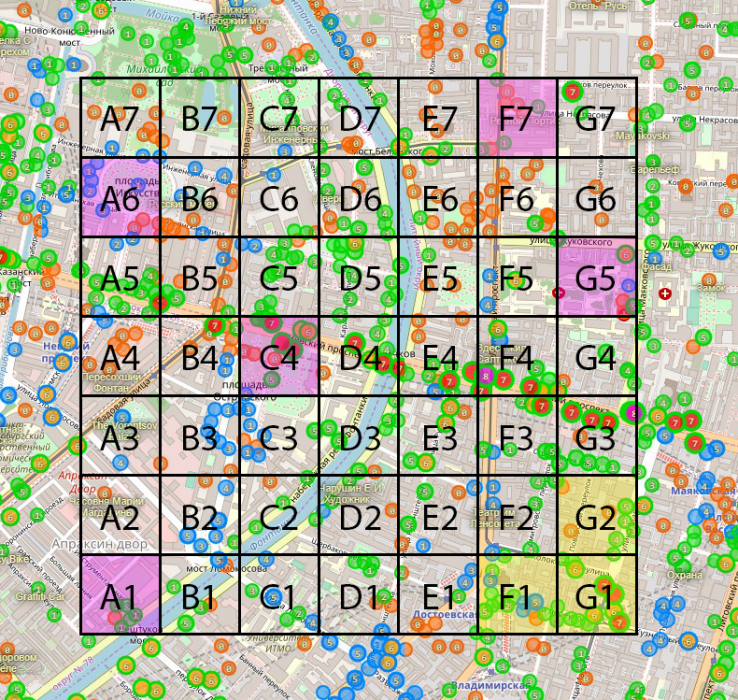 This is an example of an anomaly map. There are chests hidden on the purple cells, and tasks for the yellow ones are there from the start.

To start collecting gold from a cell, you need to do some kind of exploration in it - complete some kind of task:

The team that opens the cell will immediately receive the list of tasks for all adjacent cells horizontally and vertically. The second team will see these tasks with the bot after 3 minutes. The first to open a cell receives 3 coins.

The job list for the first yellow cells will be posted in the channel 10 minutes before the anomaly starts.

There are 5 artifact chests hidden in the anomaly zone.

The team that opens the cell will receive a number - the distance in cells, showing how close you are to the chest horizontally and vertically. The other team will see this distance immediately after the current checkpoint. If there is a chest in a cell, you will know this as soon as it is activated.

For example, if there is a chest in 4 cells, the bot will show the distance as 4 when it opens the cell.

To open the chest, you must deal with the lock, i.e. complete a special task. The opposing team will know that you have found the chest immediately after the current checkpoint, but where the chest is and whether you have opened it will not be known by the opposing team, so they can run in, fulfil the conditions and open it first.

The opposing team will need to capture one portal in that cell to know if the chest is open or not. In return, the bot gives you the status of the chest: open or closed.

The expedition lasts for 3 hours. Once completed, teams will have 45 minutes to get to camp in their full strength.

Checkpionts take place every 15 minutes with a window of 2 minutes. I.e. counting can take place from 0:14 to 0:16 minutes. The times are prescribed in advance and will be published as proof after the anomaly is over.

Coins can be obtained as follows:

Whoever collects the most gold wins!

Example of a scoreboard

How do you prepare for the event?

First time participating in an unofficial anomaly? This is the place for you!

First, see if you are busy on the day of the anomaly - April 3. If things can be moved or are not available, you can write about it:

You will then be added to your faction's chat room. There you will receive further instructions from the Team Leaders. Which ones are secret, but we can give some tips:

Any cohesive team is good on its own, so the organizers have set up a prize pool and are willing to give up to 36 extra coins to the teams for the following activities: 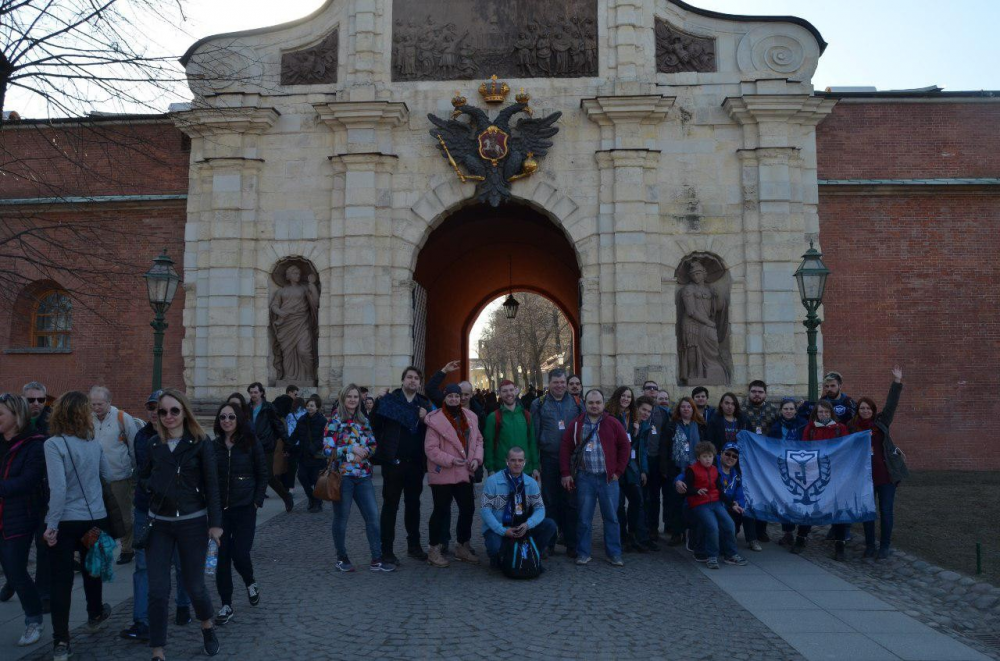 An example of a general photo from last unofficial anomaly "Fort"

Photos and videos need to be sent to the bot in the "Prize" section before the end of the gathering of participants together after the anomaly. You have 45 minutes to do this.

You can also post everything to Instagram with the hashtag #IngressTreasure, just notify the bot with a link to your profile!

If you are taking photos indoors or in transport, make sure you wear a mask! 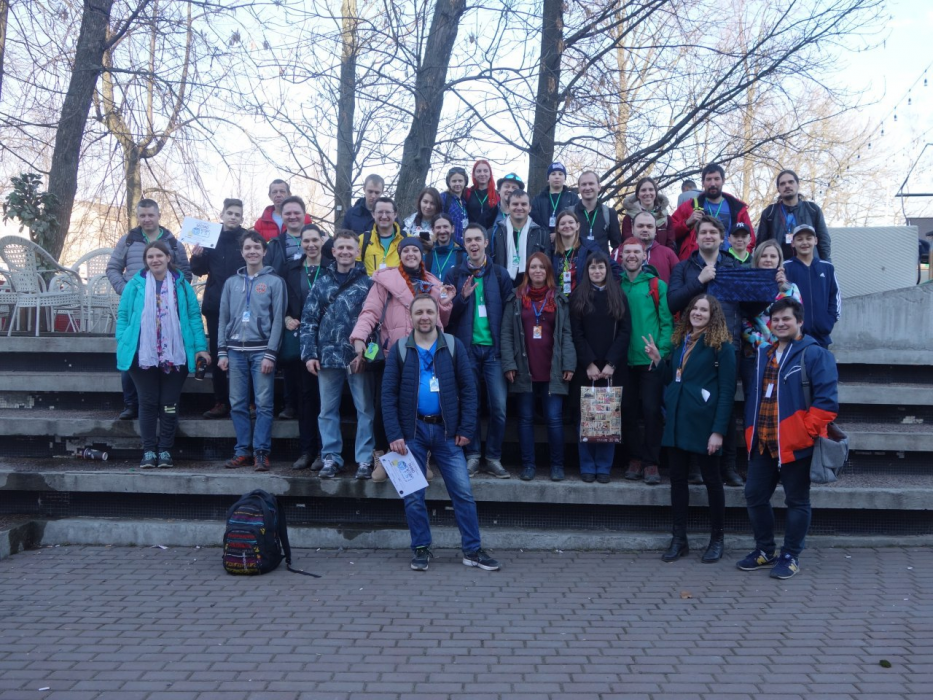 Q: How many agents can there be in teams?

A: Any number. In this format, the number of players affects far less than on the normal Niantic anomalies

Q: In the cages with the artifacts or chests will there be people handing out artifacts?

A: Unfortunately, it was not possible to agree on this with the natives. So either the bot sends you a code to activate an artifact after activating a cell, or it writes that you found the chest, you open it and then get the code.

Q: What kind of artifacts will there be?

A: All kinds. For example, the golden statuette of unknown Emperor or a Cap-of-invisibility (an item from Russian folk tales). And they are all very mysterious, so the full list will know only those who have agreed to participate in the expedition!

A: Yes, you can play around in the anomaly, capture poratls for your faction, but sometimes, on the contrary, some actions can interfere with your team, so at least notify someone involved.

These are the rules. If you are interested, go to the anomaly channel on Telegram or the FS Saint Petersburg, Russia channel. You can find the original rules in Russian here. Thanks for your attention, I look forward to your feedback!