This was intended as a reply for the current drone hack event thread, but I fear it may be lost there or change its topic so I'm opening a new one.

I've been reading comments all over the forum and I'd also like to see a "proper" drone event or medals for the drone stats. And yes, there are also ideas around about virtual MD, but this is a slightly different one (at least the final idea I present).

I already made a suggestion a few months ago (two different messages in the thread I link below) regarding the drone deploy that could be useful to implement to help everybody participate if there is an event or if medals are activated:

A MW- MM (week or month, not day, so it doesn't count for that medal and people don't complain about it perverting the meaning of a MD) drone event could be interesting, but maybe harder to do for some players because of distance/trolls.

Niantic could design some missions or just contact the community so we send special missions for some cities as we do when a MD is organized, and then give us a week (or even a month or two) to try to complete them. I'd give more than one day so everybody has plenty of time to move the drone to the nearest city with the MW-MM or in case some troll decides to force recall everybody's drone.

For this, in order to make it available for everybody, they would have to implement something like my linked suggestion, or maybe they could use some lore thing to make everybody's drone able to appear inside their nearest MW-MM playbox, where forced recall would be deactivated.

Even further, instead of appearing in the nearest playbox, it could appear randomly in any MW-MM playbox around the world, and when that mission is complete, the drone jumps to a different playbox in a different city. If they make it a month, the goal could be trying to complete as many global missions as possible, it could be a nice way to virtually "visit" cities around the world, like we do with Fevgame's A Puzzle A Day. But they would need to make a banner that looks good if not all the rows are completed or they'd need to give us plenty of time so the people won't complain later about not being able to finish the banner.

(Sorry for the mix up of ideas, I'm just writing as I'm thinking and the pause for having dinner has been fruitful)

Even better, we could have kind of a Tessellation II (drone version):

This wouldn't need to be presented as a MD-MW-MM, but NIA could make something similar with missions based on the lore. They could use it to create a new event where, for some reason, a new glyph is discovered (i.e: use of wrong tech by one of the XM companies from the lore, safeguards from Eos Protocol going south, or a different company trying to develop their own drone*). 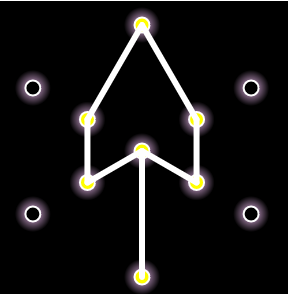 (Suggestion for the new glyph, probably @Ishira will have a better idea)

Here, we would have two options depending on the story chosen to create the event, either the new drone is able directly to teleport or the new glyph can be used as a command for MKI (like complex or simple but meaning "teleport" or something similar).

Anyway, the drone would appear in one of these playboxes (with forced recall deactivated because the XM has been affected in these areas) where strange missions have appeared. What do they mean? Who made them? What are the symbols that appear in the badges? What is their purpose? Why don't they appear in intel? (just don't add them) Why don't they appear in Ingress Mosaik? (please, talk to them beforehand so no one can add these special missions to avoid spoilers). Are they new or already known exogenous entities trying to contact us? Has the development of this new drone opened a breach in our Universe/node protections? Agents would have to participate in order to find the answers.

The winner faction would be the first one decoding the final media and entering the password in intel map, and they could get some info useful for the future, some random VRLA (kind of like the prizes we would have got with Eos Protocol) or they could just receive some new item (a new recipe for Kinetic Capsule, for example) that the second faction would receive a week or a fortnight later (Truthseeker could leak it to the public and make it available for everyone in that case).

If NIA doesn't want to design soooo many badges, they could make it just like a single badge for each city (it seems you can add around 100 waypoints or more for a single badge) and the final banner could have 12-18-24 badges in total, depending on the duration they want the event to have or how many cities they would need for their purposes (perhaps cities already related to the lore, or cities that won't get an anomaly ever because of the lack of agents, security reasons and so on).

They could also rollout the playboxes at their own pace, so that they can control the factions' advance.

*Being a drone not created by IQTech but by a different company, it could explain the strange missions (perhaps the company had laboratories in these cities, they participated in the creation of this new drone opening XM gates they didn't know where there). Perhaps it could be coded as a different item (I have no idea about coding, sorry), so that it is able to do the missions and use the teleport glyph, and later may dissapear from the inventory because of (lore) reasons.

Sorry for tagging you @NianticBrian but I think this could be a starting point for a great idea to motivate people and have a FvF event again while keeping everybody safe. Also @Truthseeker may find it interesting. Or @ofer2 could give some insight about the difficulties it may have in terms of coding.