Scout controller can be obtained without actually scanning the portal

Last night I was getting notifications that I was losing Scout Controller status, I looked at the portals and realised that this particular agent was simply scanning volatiles whilst on a train. The pattern indicated that they weren't even at the portals (which would require more time to drive/walk to and then scan it), they were just hitting scan whilst travelling on the train.

There should be some internal check to ensure that scans are conducted without huge movement? Perhaps grabbing the player's coordinates at initialisation and then checking the coordinates at the end of the scan. If the distance and/or speed from the initial coordinates is too great, the scan shouldn't count.

Also sunset is at 8:45PM AEDT, but these scans occurred after sunset, when it was dark. They shouldn't have been able to initiative if they were legit, however as the inside of a train is lit up, it was allowed. 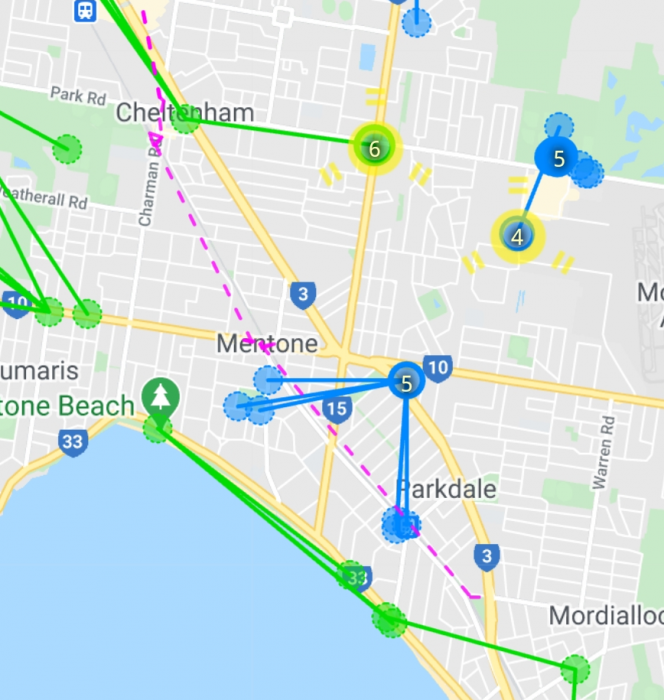 This is the only screenshot I have of the map showing the user's activity, unfortunately it refreshed and the actions were lost. Each major point of action has occurred at each of the train stations.

I only mention this because I've spent a lot of time and effort scanning unique portals (have done over 5k now), so it is disheartening to see somebody just lazily gaining controller (with the VSCP bonus) without putting in the actual effort. Hence why a distance/speed check should be part of the process to ensure that scans are at least at the portal when they happen.