On December 12, 2012, Enlightened agents from California came together and made the very first Level 8 portal at a work of art called “The Gates of Hell” on Stanford’s Campus in Silicon Valley. I watched the plans take place, but was headed for the airport about 20,000 AP away from being level 8. I was already kicking myself for leaving town, because I sensed this would be a big deal.

Magic was in the air as the agents came together for the first level 8 farm. 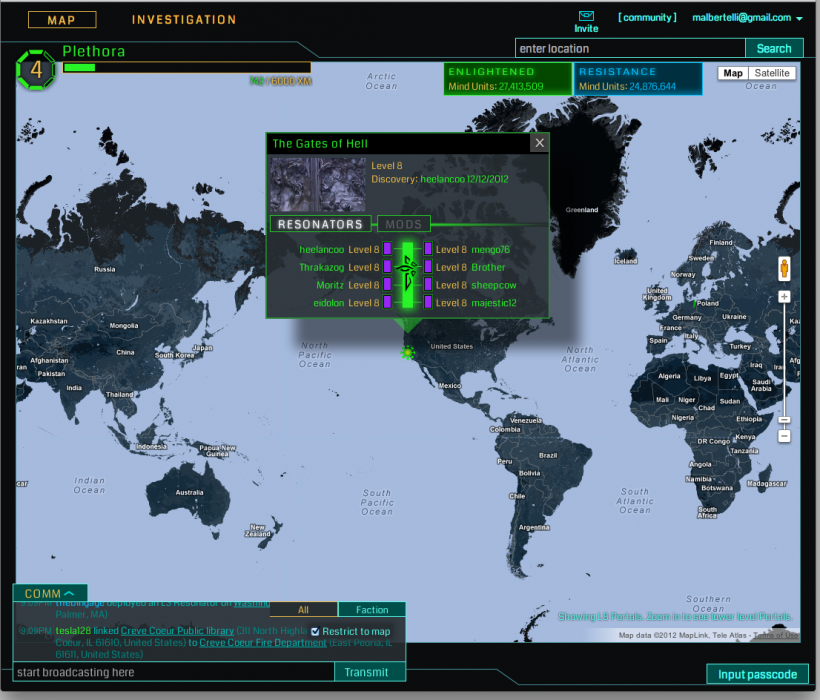 Every year since then, I made sure we had a farm there to celebrate on the anniversary. One year it was a rally; five of the shards of Roland Jarvis had just landed in San Francisco. Twice it was a midnight farm before anomalies. One time the Resistance waited in the cold for hours to crash it (we still made it 8). By the time of the 5th anniversary, we made a birthday cake for the event and celebrated our win at Exo5 SF. 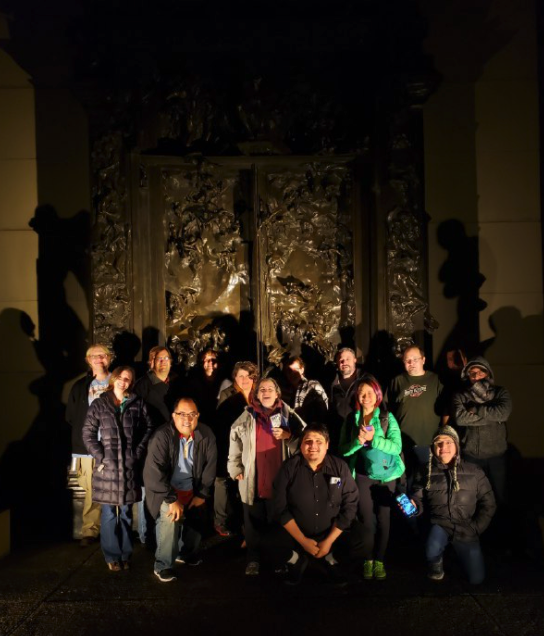 One year, I even baked a pie. 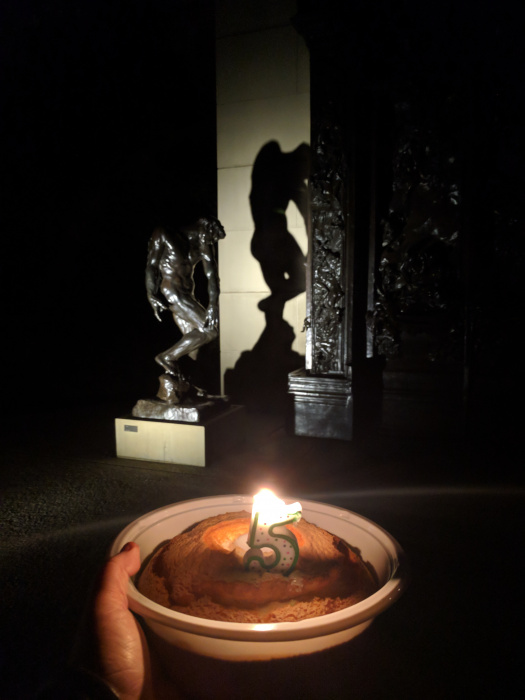 This year posed special challenges. Along with restrictions on gatherings, Stanford itself had closed to outsiders, leaving us with limited options for access to the portal. Even civilian plane and helicopter services were off the table owing to the pandemic; what to do?

As an agent with a certain reputation for getting things done, I was glum. Was 2020 going to beat the streak? 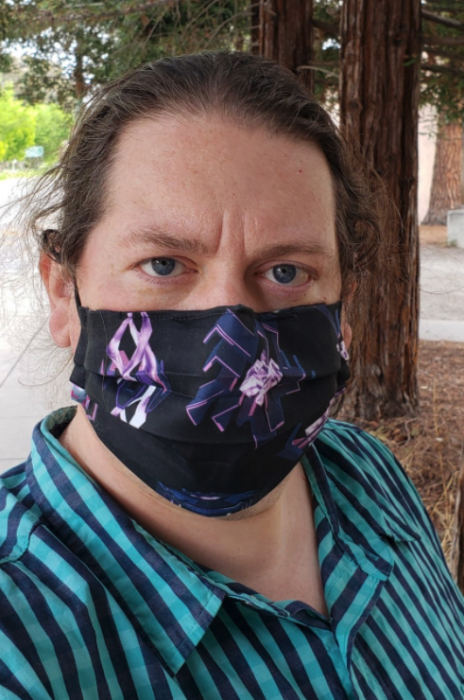 Then it hit me: Rodin was himself a kind of ‘digital artist’, working on molds that were later used to create multiple copies of his statues. There is, as it turns out, more than one of everything.

The Thinker has over 50 copies. The Gates of Hell, three in North America alone. And as we speak, the wellspring of Rodin’s work is now producing more in order to continue their streak in 2020.

The Gates of Hell would be level 8 this year; it just so happened that it would be level 8 in Tokyo, Philadelphia, and Paris, where portals all stood to mark it. All portals are connected; as it happens so are all agents.

It came together as Ingress always does, and I found agents eager to visit their respective Gates through some past adventures.

In Tokyo, I had a chat with agent @gentildonna, who was a guide for foreigners visiting the city for Aegis Nova in 2016. Then, a bonus!

There’s another Rodin in Japan in Shizuoka prefecture. The Enlightened brought in their Vanguard right after pivoting from an operation happening in real time.

In Paris, I telegrammed agent @nic0w, a man who I had watched defend Paris during the #Fateofthe13 in 2017, operated with and for in many anomalies, and who I’d most recently seen in the flesh over cocktails at Aegis Nova Tokyo. Other luminaries came by to deploy on that portal as the day progressed; Morka who was first with a billion AP and one of the remaining Elite V. Other people who made Paris the city of the Paris EN finished the job as 8 marked the spot.

Finally, in Philadelphia, the first ever cast of the Gates of Hell stands. There I chatted with @aneristic, forever in my mind as a captain who defended a famous dog sculpture we’d used to starburst in Obsidian Orlando. Incidentally, also a POC, organizer, occasional mover of shards. Along for the ride, @interlocking and @greatnorthern, both men with whom I’d shared excellent jambalaya with in New Orleans (an important bond), and key farmed more parks than I could name in our Greatest Anomaly Cities of America tour.

Come to think of it, the list of agents was actually pretty much all like this; all of them people who had come together in the past for Ingress and came together in some dark times to bring a little more light into the world.

Which is to say, pretty much the same as always. 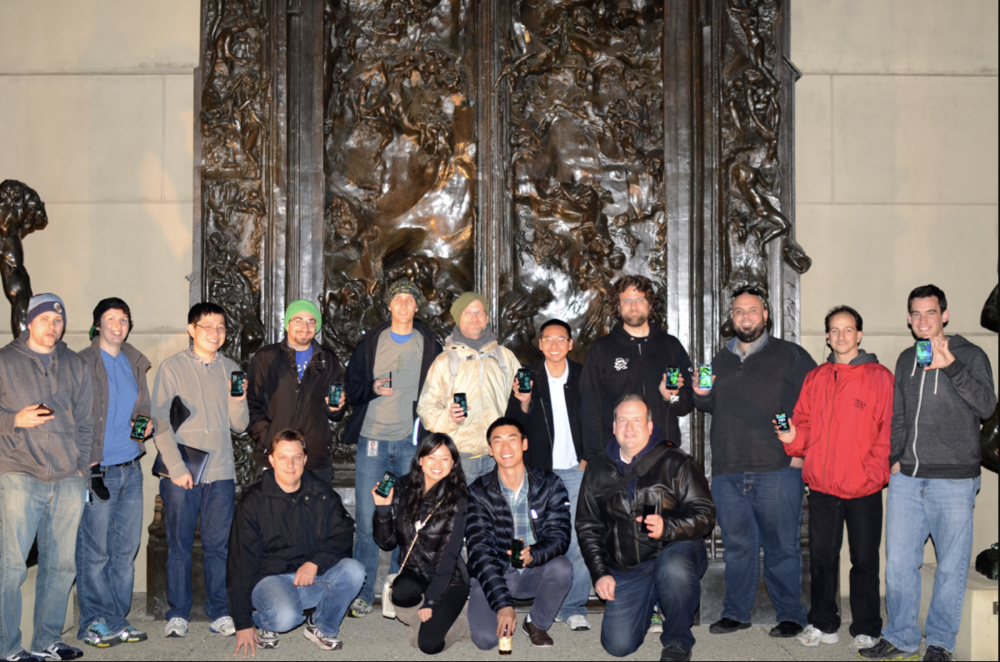