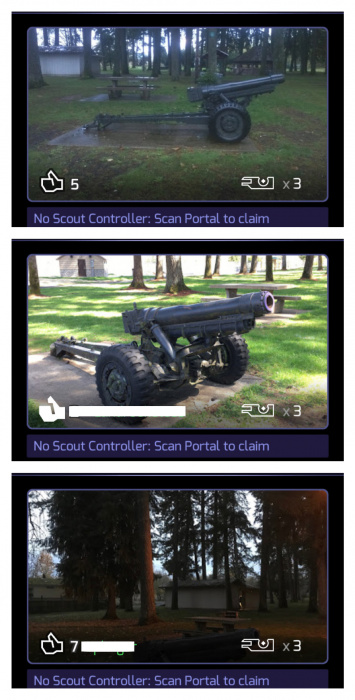 I play both Ingress and Pokemon Go. A lot of the Go community asked me about several POI's in our very small town that now have photos that are so dark or off-centered, that you can't even tell what they are anymore when sending gifts to people (as the image of the POI goes with the gifts they exchange).

I went and took new photos, being sure to center the object of the POI itself, and to make sure it is bright enough to see. However, the person who uploaded the dark images, suddenly got two more votes. I called in two of the only other players I know in our town and we voted the bright image back up. And then the dark image had another 2 votes.

First, this appears to be an alt account issue because we don't have that many players in our little town. We don't even get that many coming through. Also, I can't imagine any player choosing off-centered dark images over brighter clearer/sharper images. And thirdly, this isn't a faction war as we are the same faction.

This player has done the same to other POI's now where their replacement images really are worse than the originals he/she replaced and yet manage to get 7 to 10 votes in a town with maybe 4 players.

1) Is this a reportable offense without proof?

2) Wasn't there talk of a broader and more legitimate voting procedure coming?

As an example - the POI pictured is "THE CANNON". You can see the subject clearly in the original (top) and middle image. But the bottom one keeps getting voted up.

PLEASE tell me there WILL be a better way coming! Maybe only those level 8 and higher can vote? Maybe a Wayfarer like voting procedure?