In an attempt to create the fastest time for an Ingress player ever to reach from LVL1 to LVL16, on Tuesday the 10th of November, 2020, Resistance Agent @Jomocinho Recursed at 18h41PM and managed to climb all the way back to 16 at 00h27 AM on 11th of November.

For this Operation 2 more agents were directly involved. Resistance Agent @Vasconf77 7 and Resistance Agent geep44. I would like to give a very big thanks to both of them, without their crucial help and motivation the Operation would've been nothing more than a mirage.

For this operation a set of 40 portals were connected and farmed for keys, and a layered field was assembled. It was created on a specific place, so that on one of the ends of the multi layered field was surrounded by a big cluster of portals, in which 40 were used, serving as mobile anchors during the entire operation process.

4 SBUL were placed in each individual anchor (40x4). Each anchor was then used to link the other 40 farmed portals at the spine of the multilayered field, creating 77 fields at a time. Each anchor was then flipped one by one with a Jarvis virus once it was done being used to link all portals. One hour later, it was flipped back with an ADA in order to reday to use one hour later. Using 40 mobile anchors was the ideal solution found to fight the 1h Jarvis + 1h ADA usage waiting time window, as rotating one full cicle of 40 anchor was calculated to last 2h15minutes.

As agent @Jomocinho was creating the fields; using Jarvis virus; and moving on to the next one, Agents @Vasconf77 7 and geep44 were taking notes of ADA times, providing organized keys in capsules, and analyzing activities on intel to ensure no strange activity from other agents would compromise the operation.

After 94 repetitions, Agent Jomocinho reached the desired level 16, with a record time of 5h46m.

As a final verdict, this operation, a true mission, was a complete success. The record was established at 5 hours and 46 minutes.

This Operation happened during the annual double AP Event. To get 4x AP,12 APEX during the run.

To add some more information: 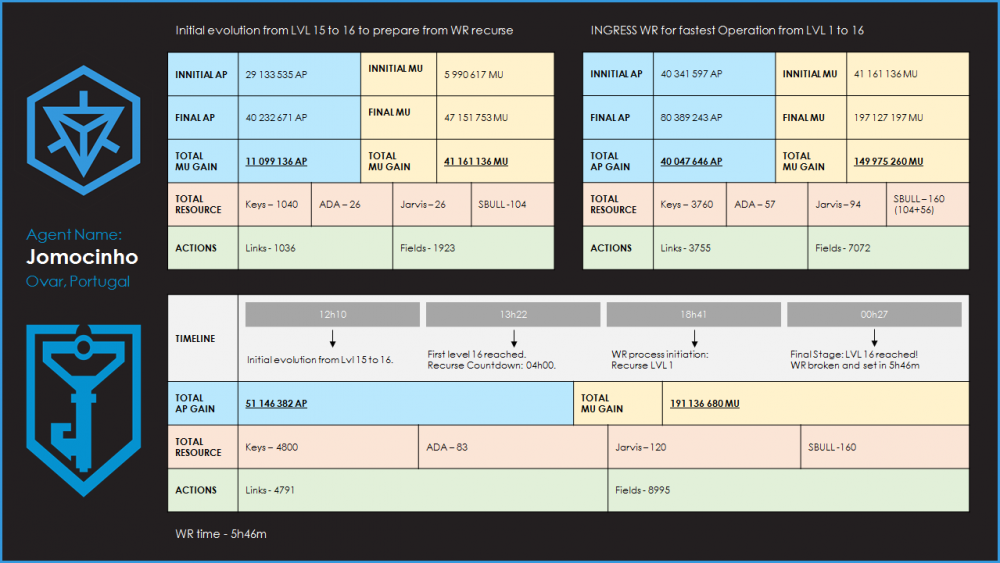 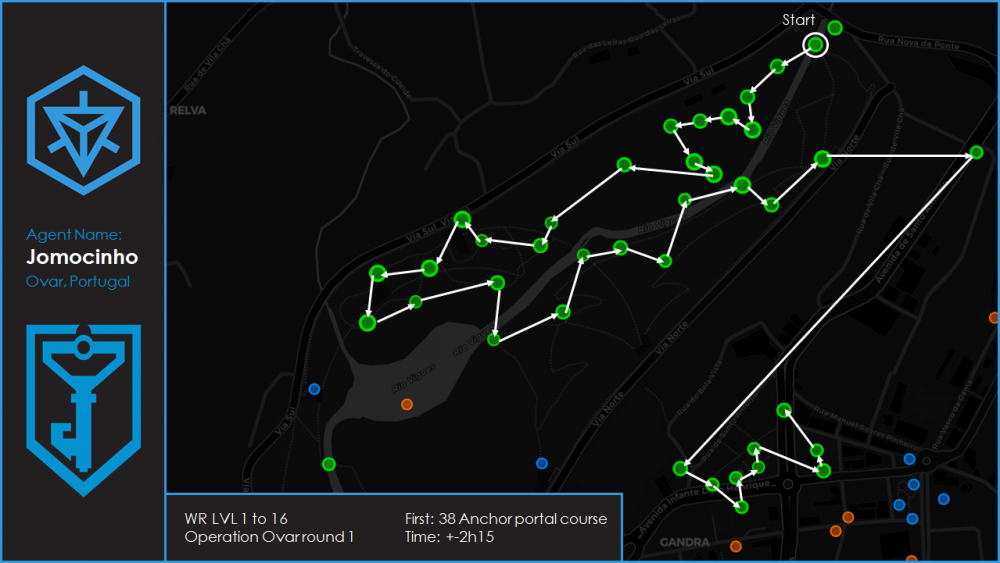 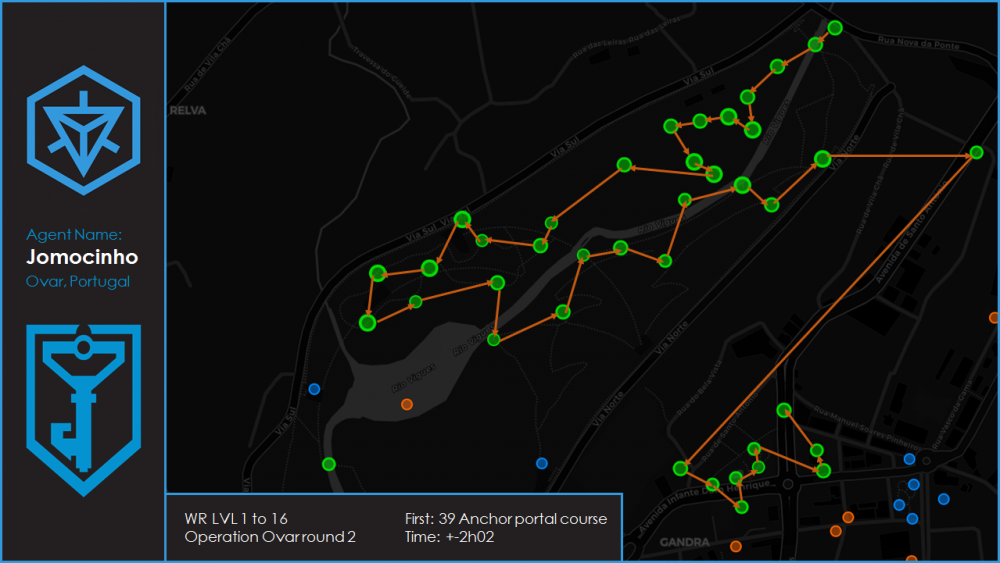 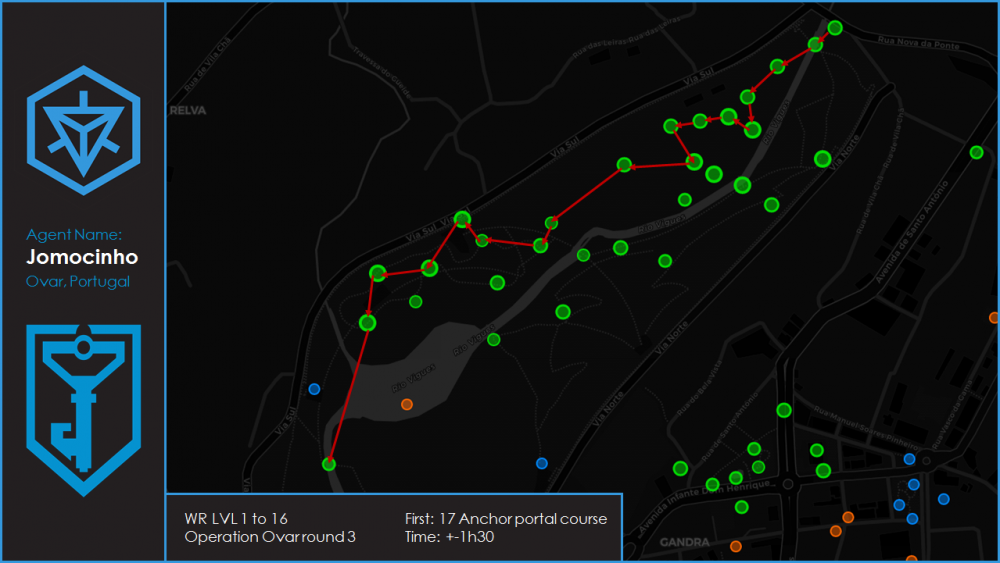 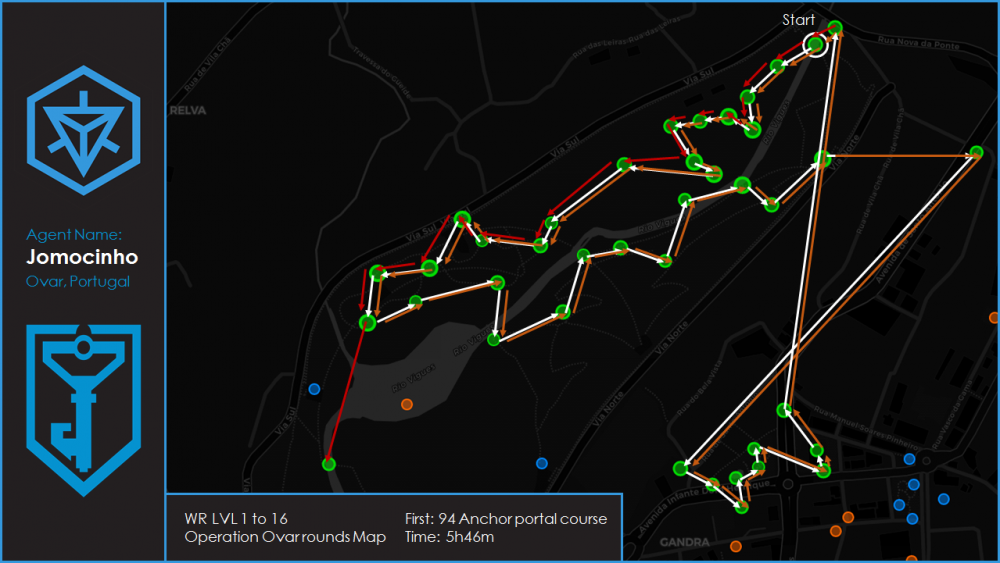 Image representation of the assembled fields, of operation Ovar.(No screenshot was taken from intel during the operation) 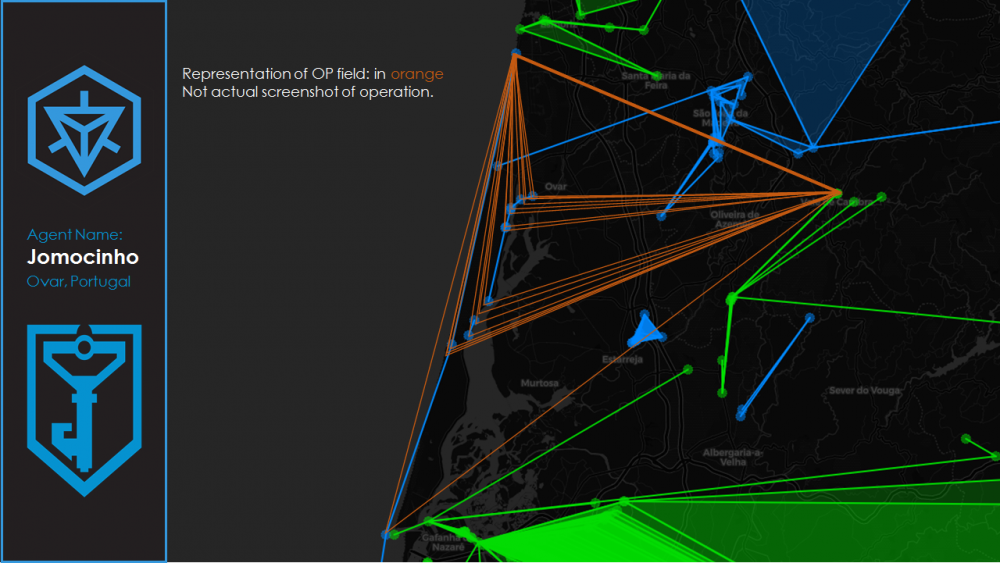 Screenshot confirmations for evolution to first level 16 and preparation of recurse: 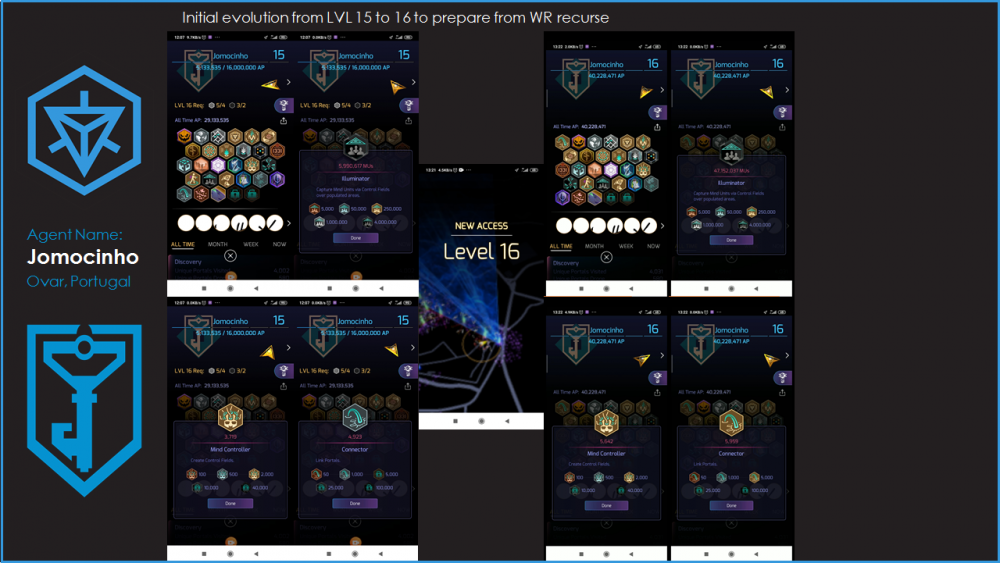 Screenshot confirmations for Ingress World Record for fastest level up from 1 to 16: 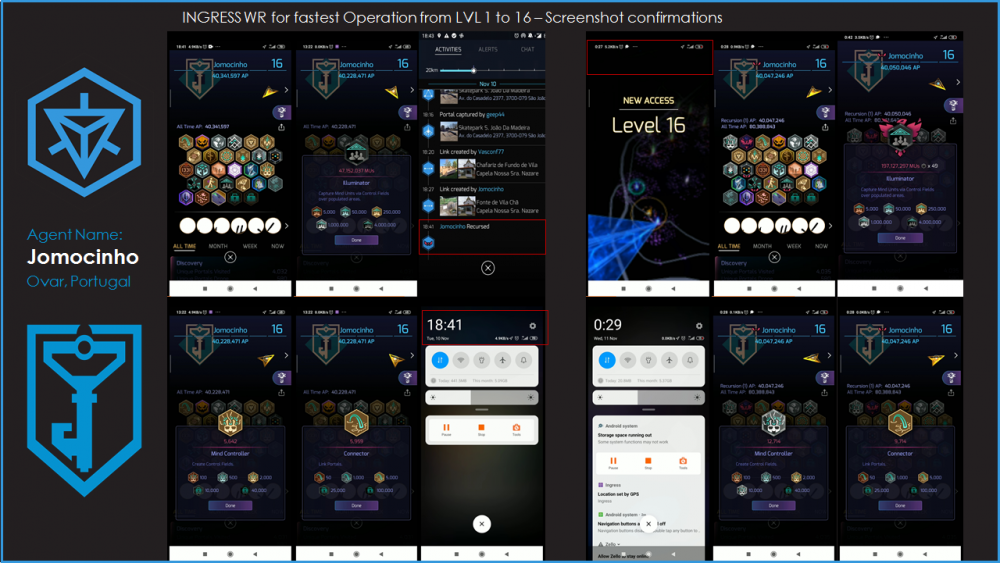 Would Like to give a special appreciation for Agents/friends who were not present in the OP but helped by supplying resources or in any other way to fulfill the plan:

A big thank you to all!