Truthseekers: while I was digging into Devra Bogdanovich’s new role at Visur, it occurred to me that - in this Post-Exogenous era - all of the corporations with a vested interest in Exotic Matter research are poised to make some waves. With that in mind, I thought I’d take a fresh look at another such company, and their current leadership: Hulong Transglobal, under CEO Yuen Ni.

Now, if you’ve been following the investigation, you might recognize the name Yuen Ni. She was the Director of the NIA when Calvin kicked off the NIantic Project in 2018. The attached photograph of XM suspending incoming missiles in mid-air above the Peshawar Anomaly Zone in Afghanistan in 2015 was actually the tipping point that convinced Ni that Calvin’s proposed cross-functional think-tank to study XM was warranted. 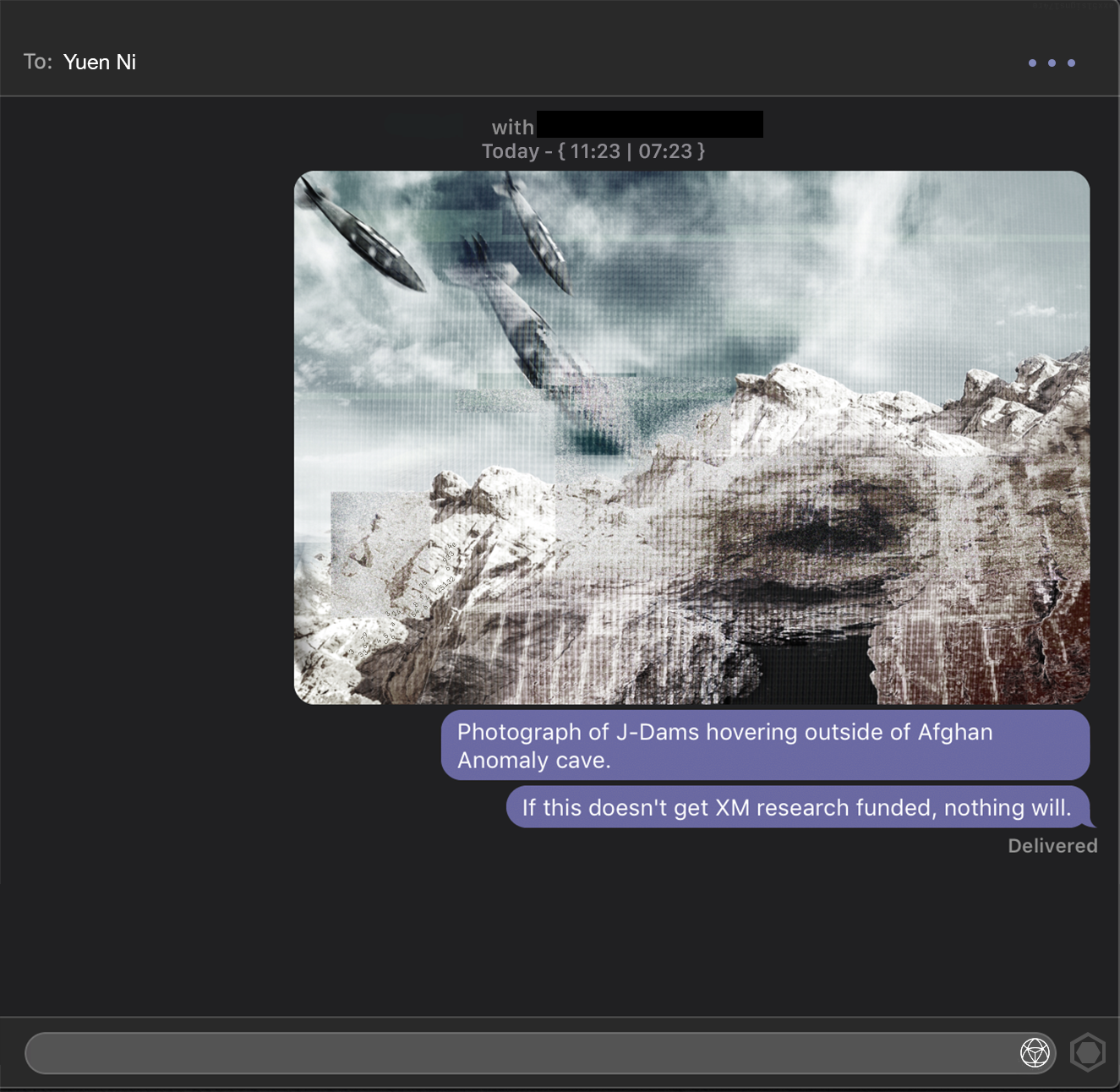 But, to all appearances, Ni got kind of a raw deal in the aftermath. After the explosion on Epiphany Night raised a stir, Ni got dinged for letting it happen on her watch. Even though Calvin was directly in charge of the Niantic Project, Ni was the one who fell on her sword.

Fortunately for Ni, that snafu did not represent the end of her career. After being unceremoniously dismissed from the NIA, Ni took a position at Hulong Transglobal, eventually ascending to the position of CEO, President and Vice-Chair of the company. Of course, a number of questionable things have happened during her tenure in the top spot at Hulong, not least of which being the ill-fated Hulong Goggles, which Nemesis revealed could be used to hijack the minds of those who wear them. But, to Ni’s credit, the recently leaked transcript between Ni and her Director of Operations Catherine Fan at least seems to suggest that Ni laments the oversights that led to that exploit, and has every intention of taking the steps necessary to prevent those kinds of abuses moving forward.

Is this a new beginning for Hulong Transglobal? That, Truthseekers, only time will tell.