FreakyJudge is a spoofer who really ruines game in Moscow 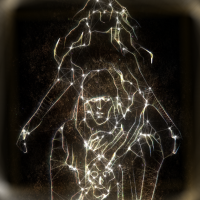 This account is an other account of some really social and active agent in Moscow (he knows coach portals of many Enl agents and destroys them). He always using timings from google or yandex maps to move between portals, so, dozens reports did nothing to it.

Here you can see this accound destroying agent's homeportals at bottom left and top right corner), and then - destroying links at one of the biggest enl nested fields at Moscow right now. 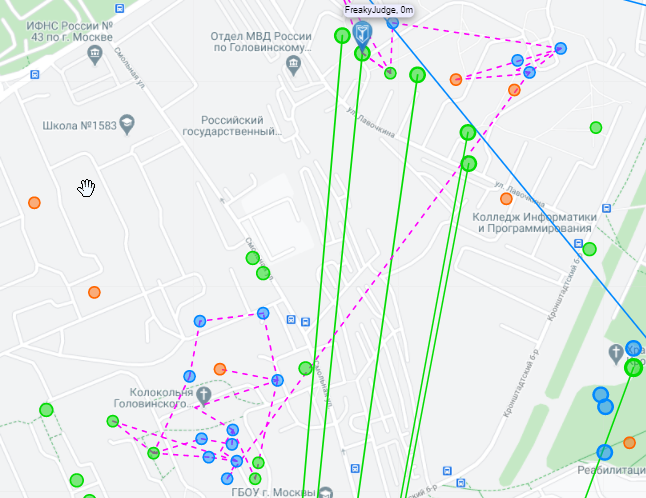 It begins in a month ago, when Enl agents began to celebrate yearly Octoberfest: the month of covering the most blue district in the city with green fields.

part 3: he destroyed our fields and created their own. At that moment we doubted is a spoofer or real agent 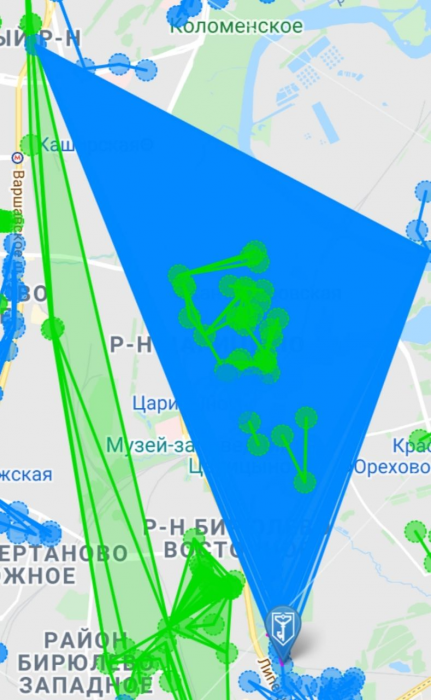 part 5: he destroys anchor again at the night. He also did it again at 15:00 (unfortunately, no screenshot)

And then he did somethihg much more interesting: he begins to create really huge fields at the corner of our cell (200 km from Moscow)

After that, he destroyed some new Enl nested fields, and created another one:

... Also, during one of our operations he created some fields near:

Some of them were created from close-by-night attraction park, but it never stopped him.

Our agent destroyed them, and he created it again, then, destroyed ours. 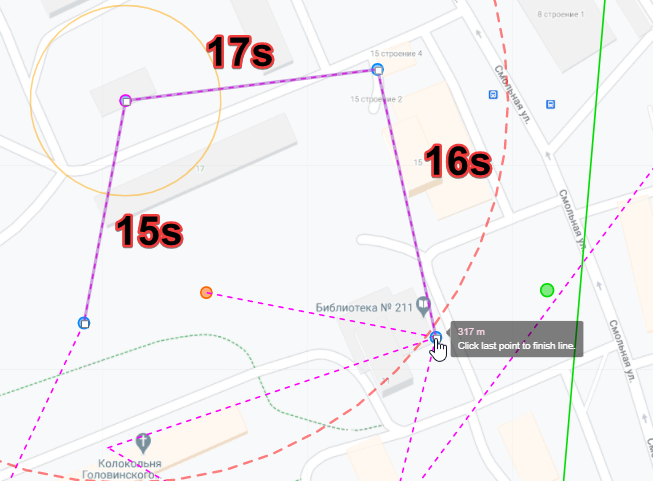 What are Usain Bolt! 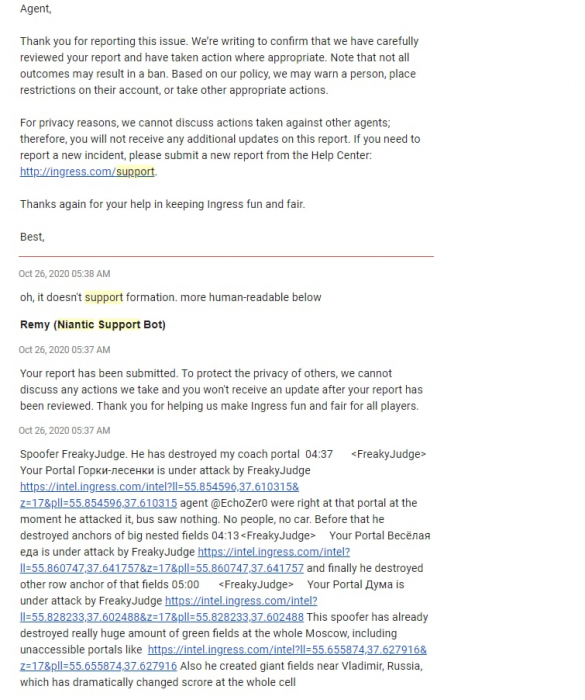 We created more reports, they also were "carefully readed", but hothing happens.