So on the topic from different recent threads about community engagement, I remember an old post from Year Two with the stats up to that point: 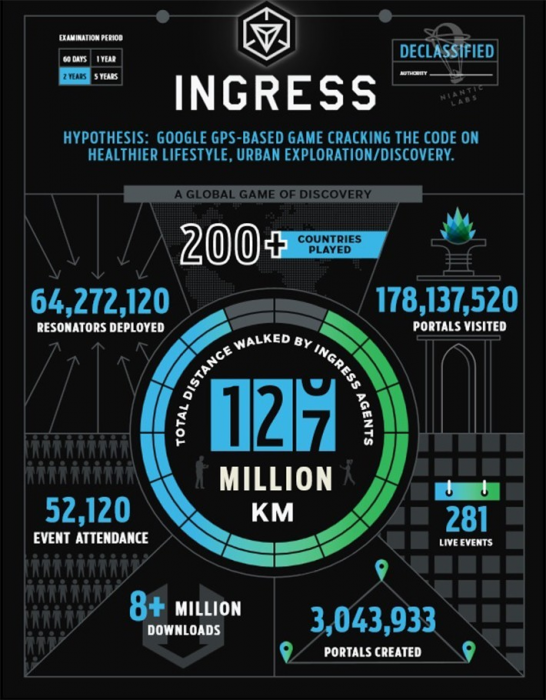 and when Ingress Prime was released they added more information in a blog post stating:

"Ingress launched in 2012, and now, more than 20 million downloads later, Agents in more than 200+ countries have participated in more than 2,000 real-world events and visited more than 1.2 billion Portals. "

The game has changed significantly as has the community since then (especially after Prime), so I was thinking, what stats would we like to see now on how the game is going as we approach the 8th anniversary of Ingress?

Obviously some of these they don't want to show due to business reasons and bad press, but here's my ideas/requests:

What other overall statistics would people be interested in?