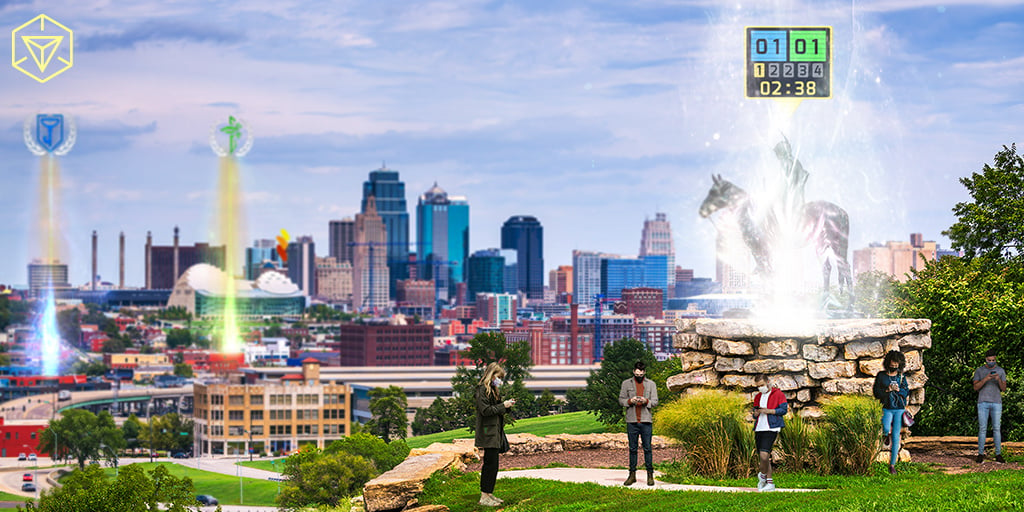 Battle Beacons are competitive, Faction-based challenges for Portal control. If you choose to initiate, your objective is to control the Target Portal across 5 Checkpoints.

Checkpoints occur at 3-minute intervals, with the following escalating Point Values: 1-2-2-3-4. Point Values increase as the battle progresses to reflect the increasing intensity of the competition, and to create opportunities for a Faction to possibly come from behind. The maximum Point Value in a single battle is 12 Points. The Faction with the highest total point value successfully captures the Target Portal.

After each Checkpoint, the Portal will reverse alignment to the opposing Faction, retaining any Portal Mods applied. Battle Beacons are intentionally designed to allow Factions to experience both offensive and defensive play. When the attacking Faction neutralizes the Target Portal, they also have a small window to re-capture the Portal and deploy the first Resonator. If one Faction is outmatched or heavily outnumbered, these adjustments can help promote more back-and-forth game actions during the 15-minute battle, but are not so powerful as to change the final outcome.

Each battle uses a category classification system, Category-I to Category-VI, which is based on total Agent activity during the battle. Combined Agent activity is used to determine the category or level of boosted hack output, for example 2X for 10 minutes or 150 hacks. Both Factions benefit from this boosted hack output, but only the winning Faction earns their Victory Emblem on the Target Portal for 4 hours.

At launch, access to purchase the Battle Beacon (5,000 CMU) is restricted to Agents with at least 40M AP. Any Agent can participate in a battle, but the ability to host a battle is currently limited to high-level Agents.

Additionally, a Target Portal can be inoculated prior to deploying a Battle Beacon, preventing an ADA Refactor or JARVIS Virus from being used during the battle to snipe a Checkpoint; however, the Target Portal will still reverse alignment after each Checkpoint. We believe the 5,000 CMU cost will deter abuse, and we are currently discussing ways to mitigate this further.

Finally, thank you to everyone who playtested Battle Beacons in New Zealand and Taiwan. From your feedback, we fixed a reported issue that could have allowed a single Agent to create an L7 Portal or 2 Agents to create an L8 Portal. We also saw different play styles emerge, from using 1 Battle Beacon for a single Target Portal contest, to deploying multiple Battle Beacons simultaneously spread throughout a park for something similar to a Portal Cluster Event.

We’re eager to see how Agents use Battle Beacons to host their own local battles for Portal control. As always, we encourage players to follow local health and safety guidelines (such as wearing masks and keeping at least six feet of distance from other people).