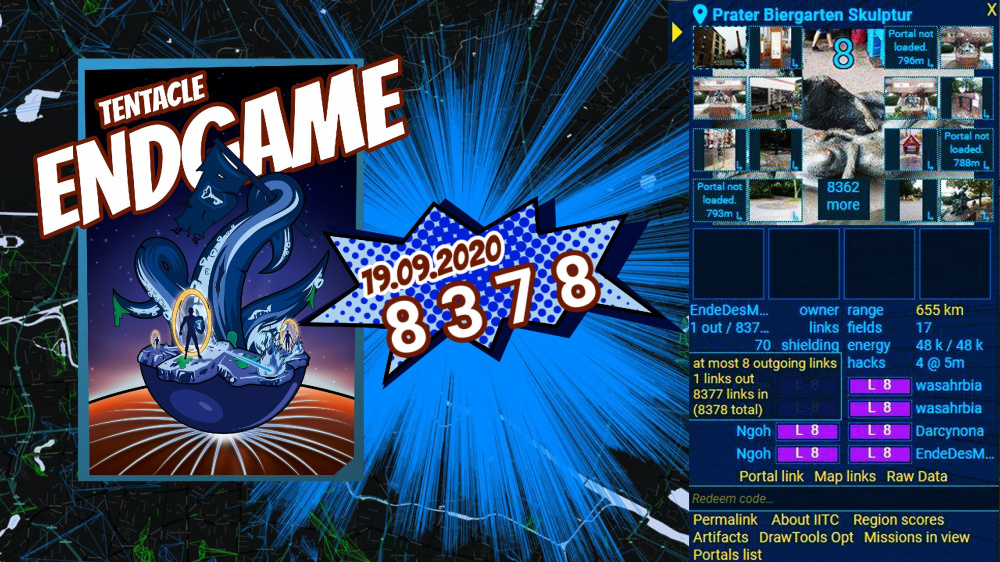 After carefully searching for a portal that could function as a core target portal for a monster linkstar, we found that the 'Prater Biergarten Skulptur' portal in Prenzlauer Berg was the perfect candidate because it was inside a Biergarten and was therefore inaccessible at night.

During 10 weeks of key farming and beer drinking, we farmed more than 10.000 keys and recruited 105 Resistance agents from across Europe with the goal of pushing the concept of 'Linkstar' to new and unknown German limits.

During the distribution event, where troops were to be supplied with keys, JARVIS and Currywurst, a frog stole one of our capsules containing 100 keys from the core target portal.

Being happy with the catch, the ENL then raised their big green alarm because all those empty Currywurst plates and all those 'tourist' RES agents looked too suspicious.

Because our friends in the Czech Republic also got the idea to make a monster linkstar, the Niantic servers where pushed to their limits... resulting in a global game lag. This meant that for 90 minutes, it was impossible to share keys and items. Niantic hastily fixed the lag issues prior to us starting our Op.

23:30 Frogs at our Core Target Portal

The “Enlightened” troops were mobilised and a total of 2 (two) ENL agents waited for us at the target portal. These frogs were trying to maintain flip control of the target portal and as we did not know yet what the ENL had in store for us, the Dispatchers activated “Anomaly mode”. An anchor team of 11 battle agents was deployed to take care of business.

The frogs, not knowing what awaited them, where brutally overwhelmed and flip control soon turned against them. After quickly explaining the game and the fundaments of Enlightened philosophy to the employees of the Biergarten, the frogs were quickly removed from the facility and a small Resistance anchor team was allowed to stay. The first links had already come in, and so it began...

We were kindly asked to leave the Biergarten and the gates were locked firmly behind us. A strong anchor team guarded the gates and all other possible entries.... and the very painful night of linking started.

We linked while linking, and linking became like breathing. The area around the core target portal turned deep blue and at this point, it appeared the whole world was linked to the target portal. It got to such an extent that the links started to link themselves and agents had to be careful not to open a time-space rift where the links would take over control of the event.

Linking became painful, but we continued to link to the core target portal because we did not care. At this point, probably because of the 8350 links being rammed into one portal, the servers of Mr. Niantic did not understand the concept of linking anymore. Each incoming link resulted in an 'alignment problem' in the heart of the Ingress Portal Network.

It is not clear who threw the last link to the target portal, but they made sure Niantic knew about it, because not much was possible anymore in game. All agents were able to reach home safely, knowing that they participated a very special event where 8378 links made sure that the Resistance still remains strong. 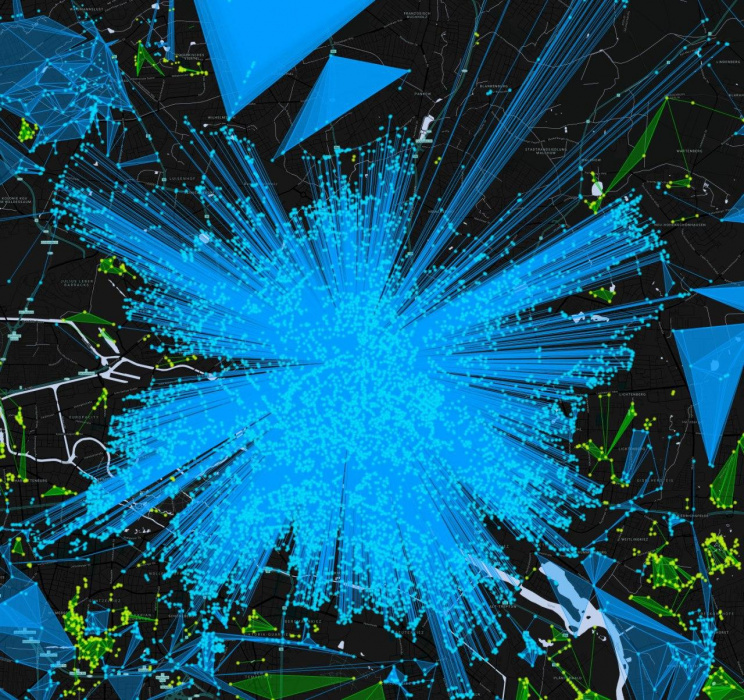