Tell me, please, how to properly write a complaint about a person who plays with two accounts on two phones? The usual complaint with a short explanation did not help. 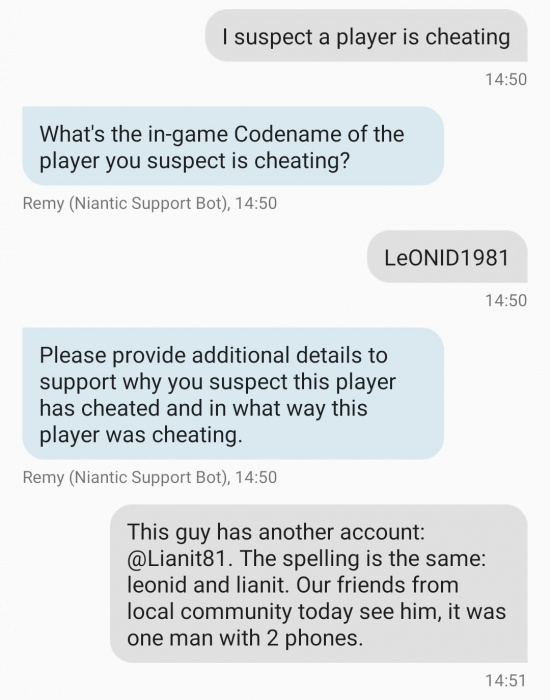 Or maybe something had changed, and such a game is no longer a violation of the rules, huh?