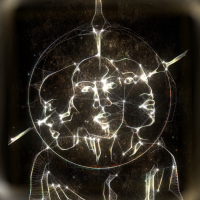 MailEater ✭✭✭✭✭
August 18 in The Investigation

With many help of agents, I got all medias of 13ArchetypeChallenge. And I found these medias have changed several times during Tessellation, so I saved all versions of them.

1st version: At first, they all have white pictures of each Archetypes and there were no sound.

2nd version: When each tesserae are placed to the board they changed with colored picture, sound, and Archetype name in Nemesis rune.

3rd version: And when Tessellation game ended, I found out the medias changed again. so I don't know when the 2nd change has happened exactly. They have been added newly the sounds of Resonance (they seems have some arrange though).

*Original links of these medias are published in Tessellation board as asset.