Operation Green Pie was an operation to throw a large green blanket over the town of Wigan and was named for that town's residents famed appetite for pies. The Idea was first floated in June and after initial recruitment a planning group was set up. Multiple field options were discussed and discarded until the final plan was formed to link from Hesketh Out Marsh in the north to Carr Mill Dam in the south and then the fields would be layered out to the east through Little Lever for an 8 layer field.

Once the field plan was drawn then agents were dispatched to farm keys and scout the route. Following on from this on the ground intelligence it was decided that as one of the eastern anchors was half a mile down a muddy track into a park it would be best to throw most of the links from the northern anchor with an agent walking down past the rest of the eastern anchor points.

Given the high number of active smurfs in the area it was decided to start the operation early on a Saturday morning in the hopes of catching them napping and the morning of Saturday 1st of August was chosen to give time for the farming and transporting of keys. Due to the number of clearing links left agents would start their clearance at different times

This shows the area at the start of the operation 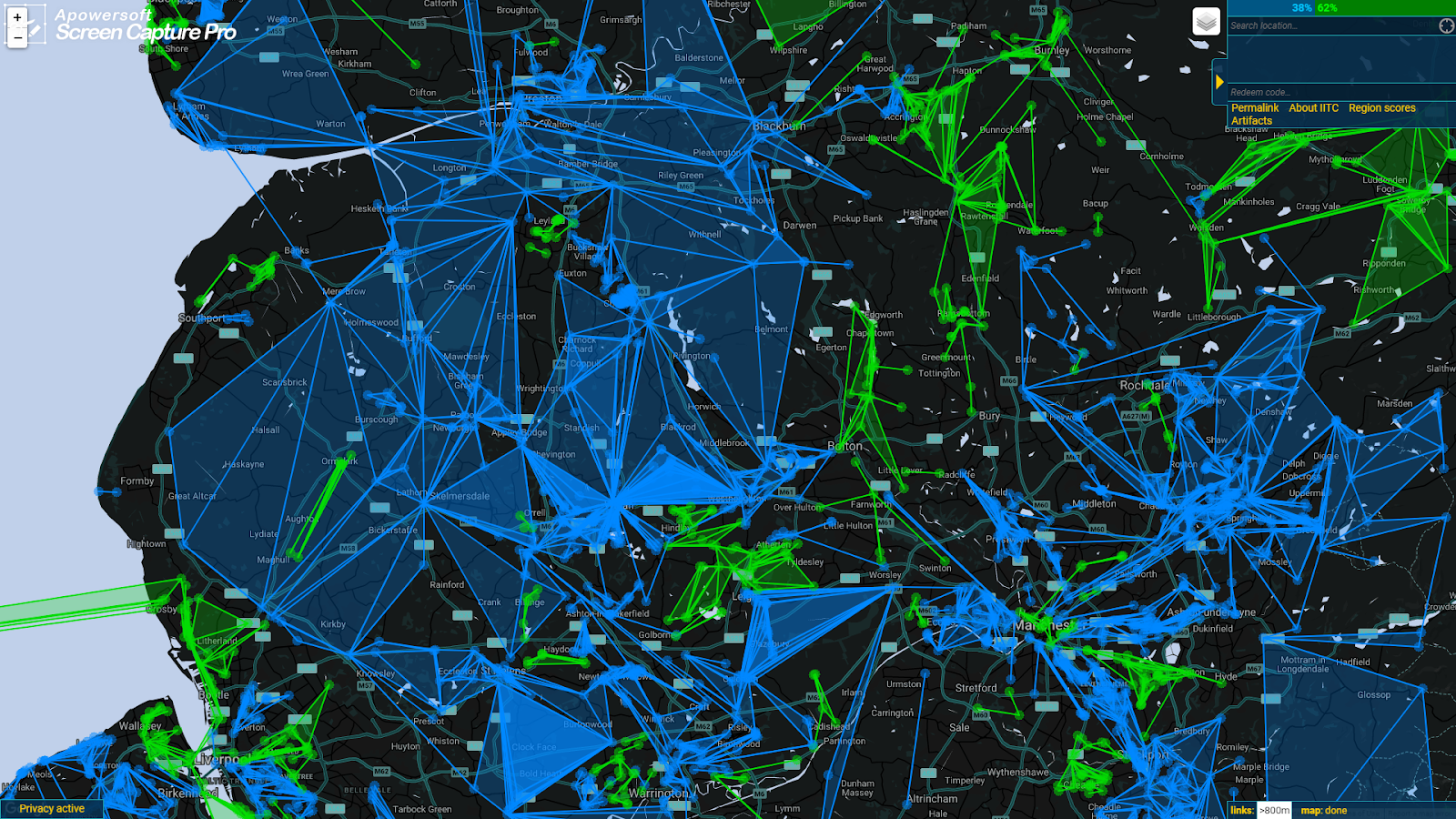 So on the morning of Saturday 1st of August agents started out early hoping to get the field up in time for the sleeping smurfs to wake up under a nice green blanket with the first agent starting his clearance just after 0400 and by 0530 all agents were in the field. Clearance progressed smoothly at first however at 0613 one of the agents received a message on Comms from a local smurf indicating that he was awake and wise to the operation. The agents on the ground progressed with the clearance plan and by 0703 the North-South and South-East lanes were clear with an agent in place for the final clearance on the North-East lane. The North-East lane was cleared at 0709 and agents prepared to throw the first links. Then at 0710 the early smurf tried to throw a spanner in the works by throwing a blocking link from the top of a nearby hill cutting across the South-East link corridor. Links were quickly thrown down the North-South and North- East corridors and agent Hazleballs was dispatched from his position at the southern anchor to remove the smurfy interruption.

Blocking link in place along the South-East corridor 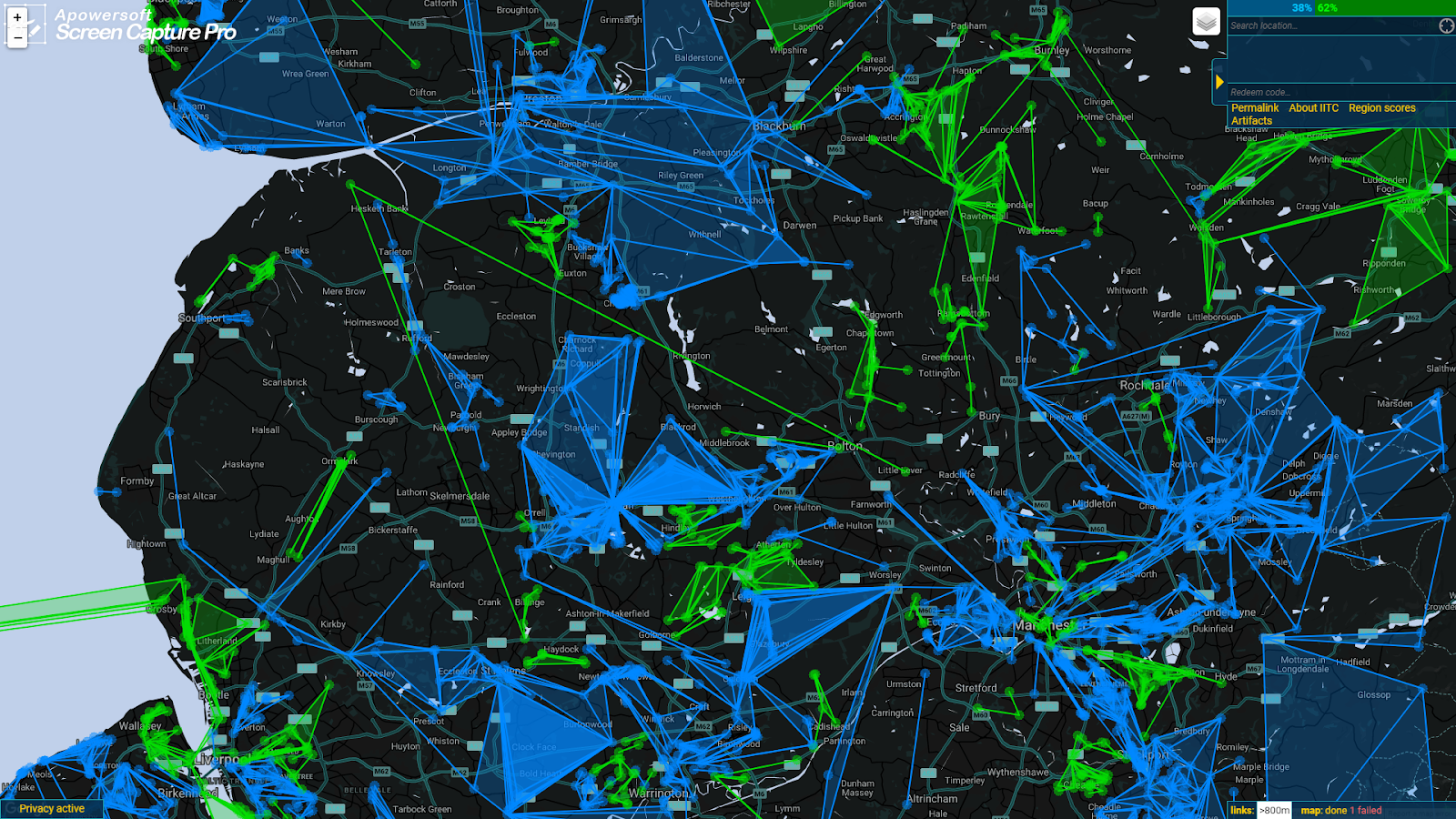 When Hazleballs arrived at the car park at the base of the hill he saw a car which he thought belonged to the early smurf and as he started to climb the hill he saw the car drive off to potentially cause further mischief. As the southern anchor was now unmanned this meant a race was on to prevent the smurf from ruining the field plan with Agent Hazleballs getting his morning exercise with a run up and down the hill and agent MightyBaker racing towards the anchor to prevent it falling into the wrong (smurfy) hands.

By 0727 the blocking link was down and a link was quickly thrown down the corridor to stop any more interference. The fields started to go up but then the rogue smurf appeared at the Southern Anchor and fired up his bursters. Fortunately agent Hazleballs following his early morning run was soon back in position and backed up by Agent MightyBaker managed to restore the anchor and persuade the smurf to leave the field alone.

The operation was completed by 0803 with all fields in place. 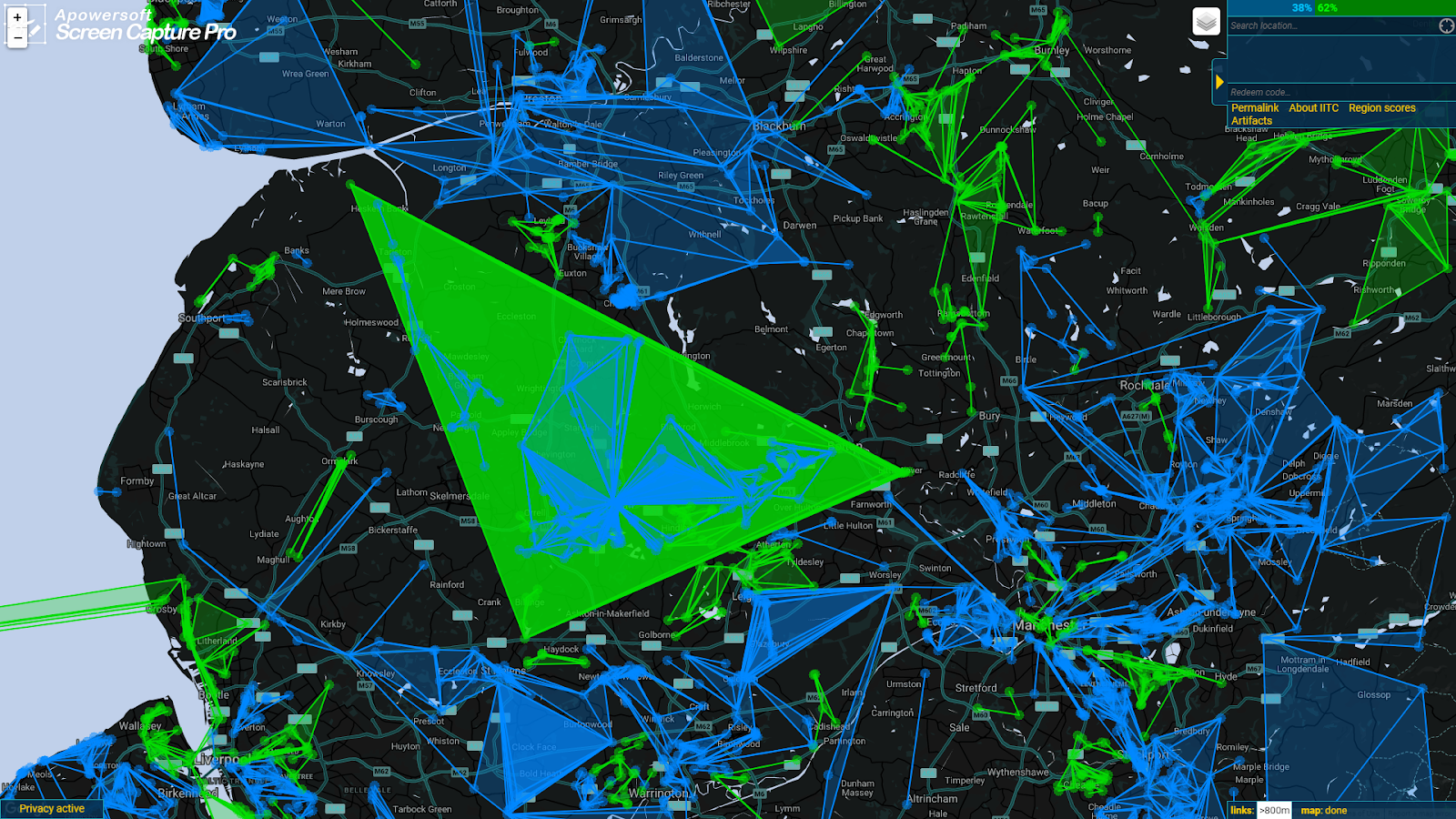 Agents Billymdean and FatConsultant were number 1 and 2 respectively on the scoreboard for cell NR02-JULIET-13 with agent Hazleballs getting the number 3 enlightened agent score for the cell.