From the latest Virtual Live Drop we were able to recover a conversation between Dr Kureze and Lynton-Wolfe. It sheds a new light on how we view the Portal Network. From research, I realize what happened in the 1218 universe might offer a good reference for our future, seeing the term "Obsidian Shield" has come up. But I doubt things are going to be the same, since we have a lot more complicated materials or you could say, literally, puzzles at hand. An updated version of the report shows the Researchers have further interpreted the glyph messages. 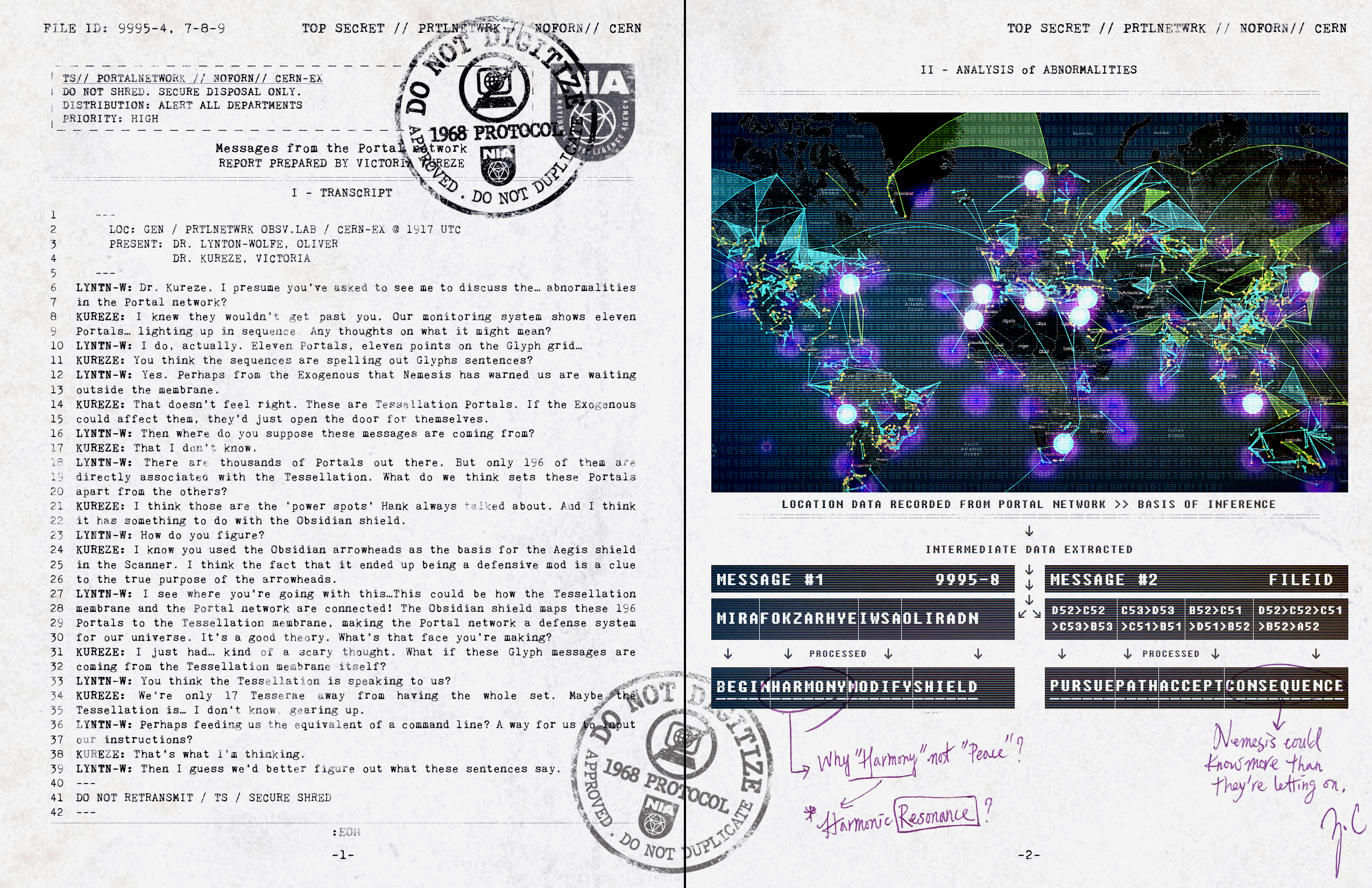 As a lot of you have noticed, the clues from the Tethered Hand are often Undine related ever since we learned about this other ancient Exogenous being. This particular clue caught mine attention, seeing the objects the deity, Matsya, has in his hands. This could provide us with a path to making the connections between the Undines and the Prime Artifacts. Perhaps I am overthinking it. 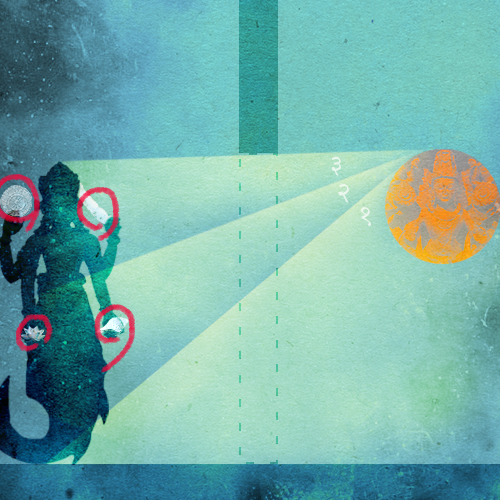 Carrie Campbell's journal page is as enlightening as it is confusing. Could time be viewed as a form of waves or is it what enables us to perceive and experience the waveforms? The cave drawing she made looks like a unique version of Plato's Cave, but reminds me of the Nemesis logo and a pinhole camera. Probably another rabbit hole, but it is amusing to discover unexpected links between things.

I've been told by the Tethered Hand, Round 13 is soon to begin after the last Virtual Live Drops for Round 12 conclude. Whether this is their plan all along, somehow we always arrive at the same number. We've come a long way ever since the first Nemesis member taunted us, one by one revealed their identity to be alternate versions of our Niantic Researchers. Now, we are somehow, forced, to collaborate with them. Nemesis certainly operates in their own peculiar way. Always oscillating between sincerity and deception.

There's no real way to verify whether if they can be trusted, but the more intel we get, we can be closer to piecing together the truth. Whichever outcomes we face at the end, I hope we will finally be able to make the judgement calls by ourselves, and decide for our own world's future