This madness started with Agent @VE6SRV going through Intel Map searching for AP heavy anchors to smash. It was on June 14th, 9:06 PM, Agent @Naruwasher (yours truly) was (jokingly) pinged on our Slack channel: "Are you looking to boost the Smurfs up like crazy? Two fully fielded fan-fields waiting for a little Smurfy action". Seeing this as a window of opportunity to finally realize what I had been thinking of doing for the last 2 months (a L6 HCF), I finally asked VE6SRV if he was interested in doing a field art together, and dozed off shortly after.

Next morning, June 15th, I woke up to VE6SRV's message as to what I had in mind and I said a L6 HCF!! I proceeded to show him an image from an Op that took place in Victoria, BC (Thanks for the inspiration @MXXW ) and the beauty of the masterpiece seemed to have grabbed his attention. That's when we started butting our heads trying to figure out how to do it. We knew where we were going to do it. It was just a matter of figuring out the base layout and selecting the best anchors.

On June 16th, @DrHydrosaur and our silent ninja @wjmyeg decided to join the team. By 6:20 PM on the same day, VE6SRV had already figured out the base structure and mapped out the portals. As we were covering a major chunk of University of Alberta Hospital portals, and due to the pandemic it would have been hard to get into the hospital, we had to make adjustments keeping in mind that all portals would be accessible from outside. This is what the baseline structure looked like: 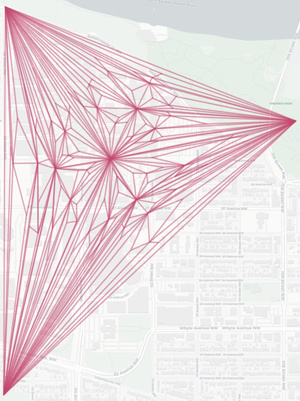 June 17th came perhaps the most tedious part of all - figuring out the correct linking order. So we (VE6SRV, DrHydrosaur, and myself) decided to come up with our own linking orders, go through them in the end, and based on the logistics figure out which one to go with. In the next few hours, we had 3 different linking plans ready (one starting at core, one at the core and baseline simultaneously, and the last one starting at the baseline). Given the logistics of splitting the assignment equally amongst the 4 of us (not forgetting our silent ninja - wjmyeg), we decided to move forward with the baseline approach for our linking order. DrHydrosaur used his magic touch with Google Sheets and had a sheet with key count for each portals prepared. He divided agent assignments equally such that we could start together and eventually moving into our individual sectors (Purple - VE6SRV, Teal - Naruwasher, Red - wjmyeg, and Green - DrHydrosaur). 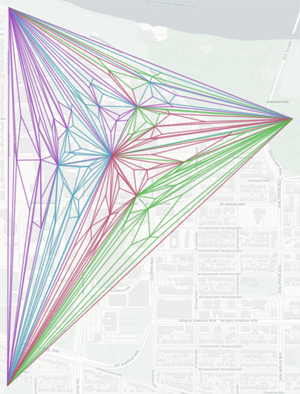 We spent the next two days going over the plan again and again making sure we weren't missing out on anything. Since we were almost ready with the plan, I decided to go ahead and start the other painful job - gathering keys to the anchors. Riding a steep hill down the river valley, I arrived into the mosquitoes nest - our anchor portal (Treebeard). This Frog even found food on the way down and without any surprises it was GREEN as well. 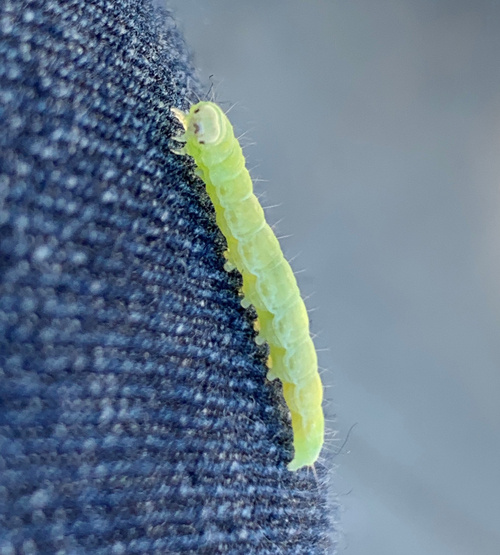 Anyway, gathering keys went by faster than anticipated and what seemed like something we planned to execute in the next few weeks suddenly became: Can we do it tonight? Tomorrow?

We decided a place to meet on University of Alberta campus. Link order spreadsheets and maps to portals were handed out to everyone and customized key capsules were dropped. I had pre-deployed on portals (while farming keys) that were being used in the Op so it was easier for everyone to find their next portal. 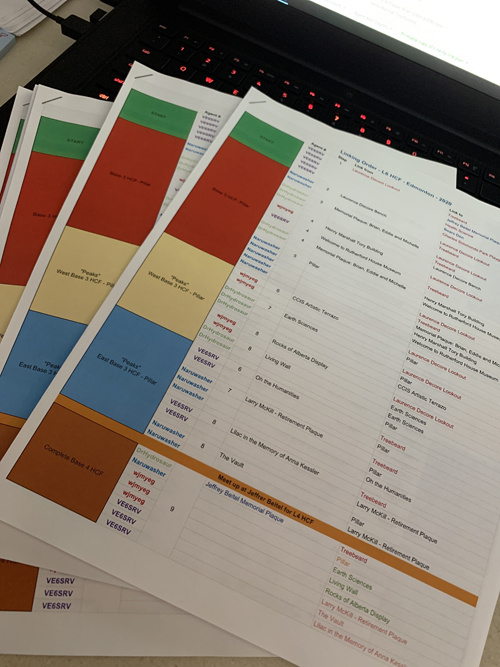 After a short debriefing, at 6:35 PM, we started the operation and some of the screenshots are below: 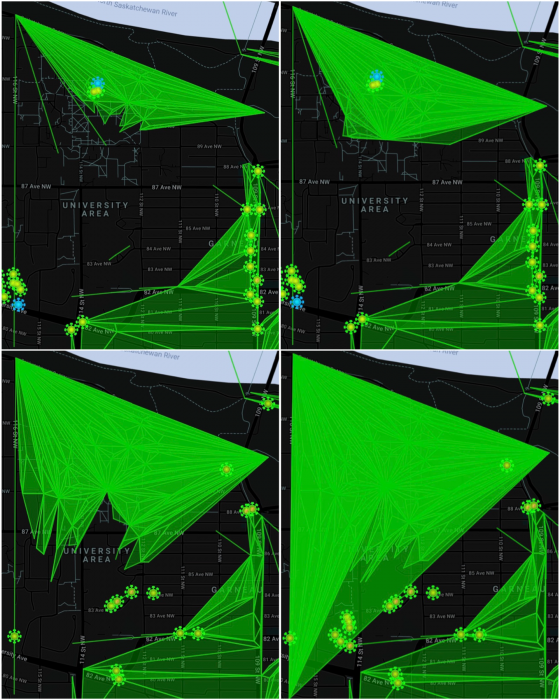 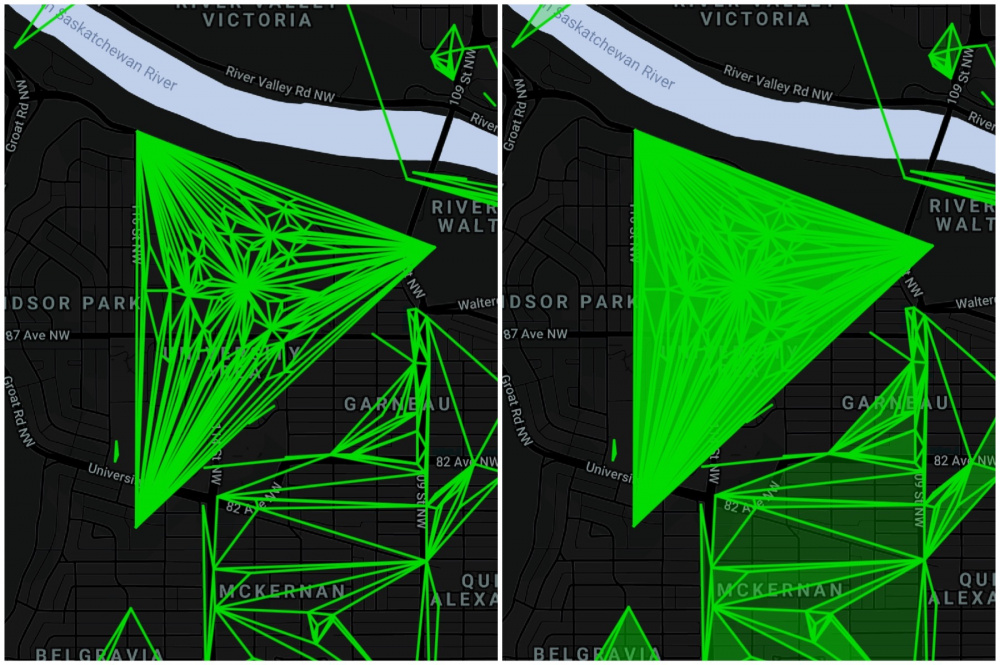 We had some minor hiccups but we managed to quickly fix them. Overall things went incredibly smoothly and we were able to plot Alberta's first L6 HCF.

Of course all of this wouldn't have been possible without an insanely amazing and a crazy organized team. Operation name courtesy: @wjmyeg 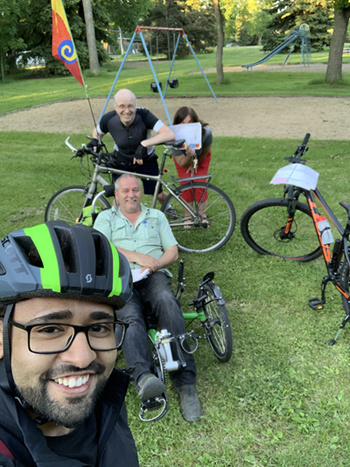 If you are interested in achieving something as insane as this, I highly recommend watching the videos on L6 Homogeneous Control Fields by Agent @57Cell.