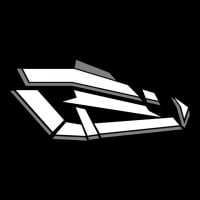 Some of my ideas about the new feature Dronenet.

Drone should introduce new kind of gameplay, but should never substitute the core gameplay of Ingress: "being an agent and adventure outdoor"

- Drone can move to Portal via links, with larger cost (cool down time, XM). Fun idea: Drone can move freely via link in friendly alignment, but can only move along link direction in link in opponent alignment.

- Use large quantity of XM to force cool down Drone moving (maybe reduce 30 mins?). However hacking still requires 1 hour to cool down.

- Drone hack counts in Mission in a limited manner, for example, one mission can only have one waypoint finished by Drone.

- Allow an agent to keep two operational Drones at the same time, especially useful when more kinds of Drone or Drone event arrive, because some agents may want to keep one Drone to travel as far as possible while use another Drone for other purpose.

Scout Drone: Gain wide vision around target portal, only takes effect when target portal is in friendly alignment. Its vision becomes wider when target Portal has higher level (since a Portal becomes taller in higher level). Consider it a spycam that can be placed on a portal.

It is a special Portal that connects to another Portal far away. When a Drone is attached to this Portal, it can teleport itself to the connected Portal. Consider this a teleport gateway between city.

A Portal won't be a gateway forever. Periodically the gateway network is reformed, old gateways are gone, new gateways shall manifest.

A Gateway Portal should remain hidden on Intel, but can be found when an agent is in range personally. Its destination can only be revealed when a Drone teleports through it.

It is an event about delivering a special type of Drone to a destination Portal. In this event, agents can hack a set of special Portals (Source Portal) to retrieve a special type of Drone. This Drone should be delivered to one of the several destinations (Target Portal) around the world by any means: he or she can either visit the destination personally and move the Drone in its inventory to the Portal in one move, or move the Drone to a local Portal and try to deliver it to the destination via normal move, link jump (mentioned above) or Gateway jump (mentioned above).

To make things easier, this kind of Drone should never recall upon change in Portal alignment.

Hope these ideas can interest you guys :)