This pandemic is bringing all kinds of strange things to come to pass the world over, and I think we’d all have to say that we never expected to be organising stay at home events in the game we’ve all come to love in varying degrees over the years. I mean, “It’s time to move”, right agents?

I’ve been fortunate enough to make a lot of really good friends overseas through Ingress, and one of them, an Enlightened agent from the US, @HarleyQuinn42, said to me in the wake of the May [email protected] events “We should run an event together. We’ll never get another chance… But where?”. The very first thing I said was “McMurdo”, and a controversial event began to take shape.

I’m not here typing this out now to tell you about the hurdles we had to overcome, or even the success of the event itself. I saw something after our event that I’ve definitely not seen before and am unlikely to see again. We knew that our passcode was going to be incredibly difficult to crack, and all our participants were prepared to forego their badges because of the enjoyment they’d found in the new community we’d inadvertently created for them.

Once our main event was over and focus swung around to the passcode, the feelings among the participants shifted noticeably from “I’m happy to forgo my badge” to “I don’t want to let these people down, I want them to get their badge”... A beautiful and unexpected pandemic analogy, no? It went from being about the individual, to being about the community.

So people started reaching out to their local communities, other [email protected] sites, their decoder friends. Before long we had a very solid team of folks working together on an array of ideas to crack this code; when I finally got to sleep at 7am Australian Central Standard Time Sunday morning our code chat was over 200 strong, and upon waking 3.5 hours later we were pushing 270… I know a lot of them were spectators that were there for the show - that’s fine, because they saw a display of the most phenomenal team work in a cross faction environment that this game is likely to see. There was no Resistance and Enlightened anymore, it was Agents vs The Code.

After some very much appreciated guidance the decision to brute force the code was made. The known parameters were loaded into a google spreadsheet, around that the unknowns were generated, and the ever growing team set to work on the arduous task of copy/pasting.

How annoying are repetitive tasks? I try to make little number games out of them to occupy my mind, or find a way to create a rhythm to make the data entry a background task. It’s hard when you need to copy/paste on a phone rather than a computer to even get into a rhythm, so what we were doing truly was onerous. I think what got me was that here were all these people, literally from all over the planet, people I'd never spoken to before, all joining us to beat the code; Agents from India, Denmark, China, Switzerland, Russia, Japan, UK, Brazil, France, Portugal, Austria, Norway, Indonesia, Chile, New Zealand, Belgium, Hungary, Czechia, South Korea, Latvia, Poland, The Netherlands, and of course the country-people of the POCs and their 2ICs, Canada, the US, and Australia… And those are just the ones that have flags in their Telegram names!

2 days and 16 hours after the first half of the code was received by a McMurdo host, the alarm was sounded - “FOUND”. It didn't feel at all real, but I may owe that to the fact it was 5am when I saw the message. After so many hours of debate, back and forth over how best to approach the code, how to reverse engineer it, how to save as much time as possible, and being entirely convinced we were going to run out of time, there it was.

So, to celebrate the end of what was in the opinions of @bluesfemme and @enrybkram the best First Saturday ever, @HarleyQuinn42 and I would like to thank the following agents for their monumental efforts:

If I’ve missed your name it isn’t personal and you absolutely have our thanks; I have been going like stink all week at work with restrictions being lifted enough to return and have desperately been trying to get this posted in and around everything else!

Also, if you're interested in the mechanics behind the cracking of the code, an excellent break down has been written by agent @quattro

Thank you to everyone that made our event so special! Big love to you all, on behalf of myself, @HarleyQuinn42 , @FeatherCuffs and @AgentSuperior 💚💙﻿💚💙 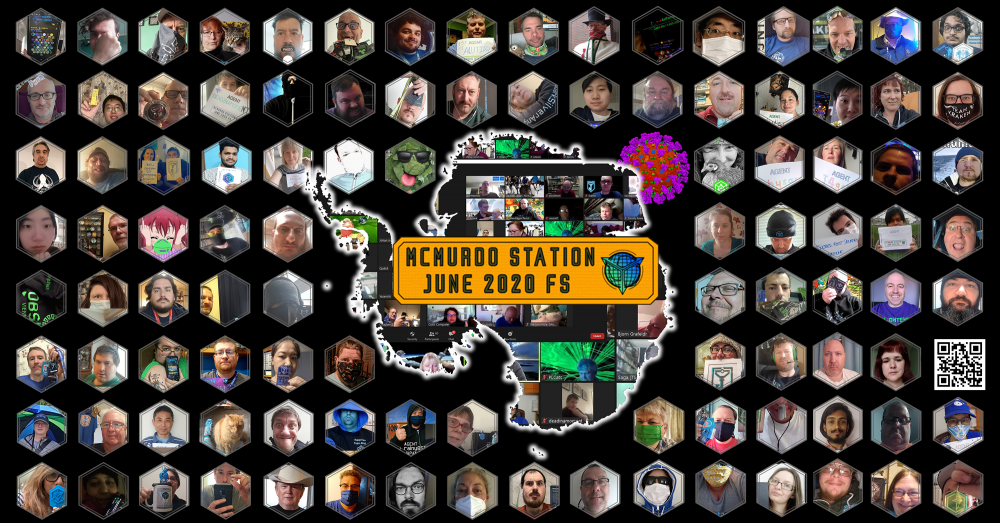