I've combined the images of the Tessera that have come out so far that I believe were made from the same picture. 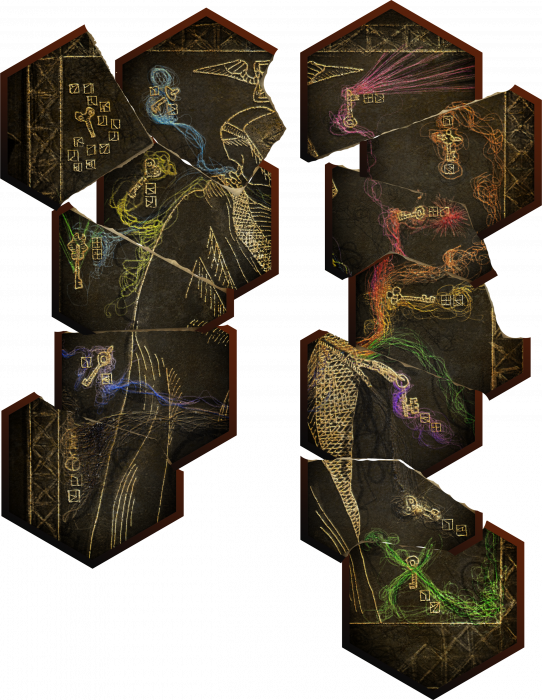 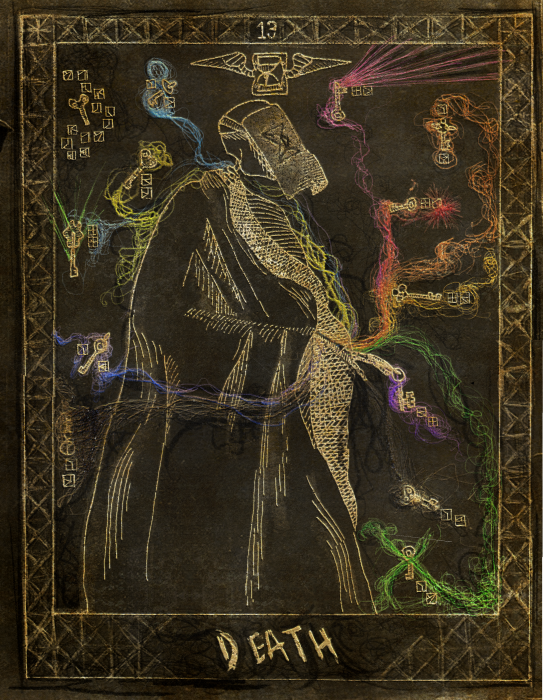 Unbeknownst to me, it turns out that this is the same picture as the Aurora’s game picture, though in a different color. 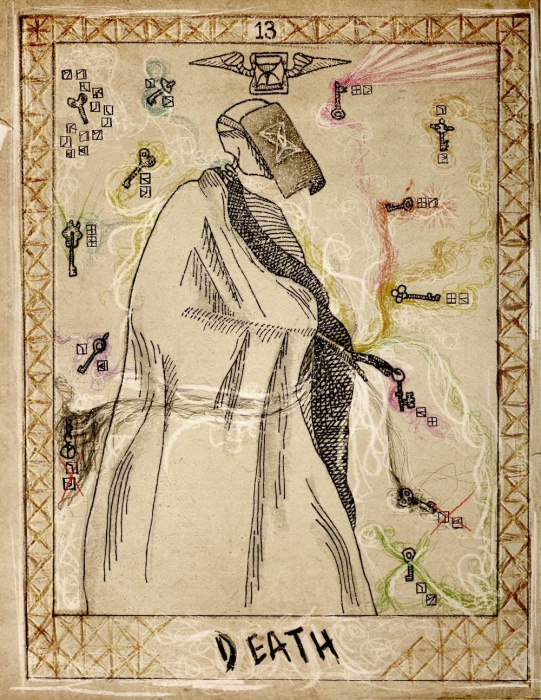 Tessera is made up of only cut out keys, even in the images in it 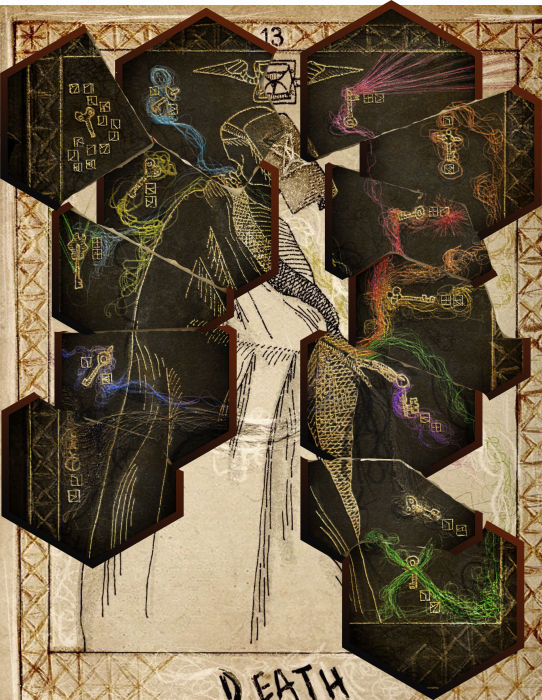 These are the tesserae that were used in "why who killed...". I just participated in the tessellation and it was very interesting that these images represented Nemesis and ****.