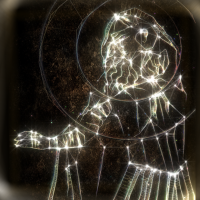 The discovery by @InvestigateXM and @MegaSteeliX reveals a lot about the truth of Tessera and the truth of time: 28 days makes a month, and 13 months makes a year. In that setting, we have 364 days in a year, which is quite close to our current calendar. (BTW @MegaSteeliX has a thought-provoking discussion on the history of implementing 13-month calendar in human histroy.)

Their excellent works make me thinking about an important next-step question: what is a year? and why?

When people (especially people who haven't witnessed the miracle of the 13 Magnus, the Shaper and the N`zeer) talks about year, most of time they are referring to so-called “year” made of 365.2422 days. This is why we have 365 days in an ordinary year, and 366 days in a leap year (every 4, but not every 100, but every 400 years). This is only true when we use tropical year. A tropical year (also known as a solar year) is the time that the Sun takes to return to the same position in the cycle of seasons, as seen from the Earth.

However, there is anothe definition of year, which is more commonly-used among astrophysicists: sidereal year. A sidereal year is the time taken by the Earth to orbit the Sun once with respect to the fixed stars. One sidereal year consists of 365.2564 days, which is 20 min 24 sec more than one solar year.

I notice that, for every 39 (=3*13) years (sidereal year, henthforth) there is 49 extra days. This is to say, on top of 364 days, every year we have an extra day, every three years we have another extra day, and every 13 year we have one day less.

These above gives the simpliest calendar system considering the Tessera E13.

The following is my guess:

(1) For the ordinary year, the extra day falling to a given month (13 Exogenous month, henthforth), the corresponding Magnus gets stronger. Its ability and the impacts on human beings are amplified.

(2) For the leap year, the two extra days falling to one or two months. If they fall to one single month, the corresponding Magnus gets much stronger. If they fall to two different months, two Magnus get stronger simutaenously and more influences remain to be seen.