Lucida and Optima: an EXO-theory

Miketrevis ✭✭✭
May 2020 edited May 2020 in The Investigation

Many of you will think that we're finally in the home stretch and that the battle against Nemesis is leading to a possible collaboration. Even Hank Johnson 1218 seems to believe that Nemesis is working for the good of our universe, but is it really so? the last video of the meeting between NIA and nemesis has highlighted differences that can not be ignored and phrases of blatant ambiguity by the two nemesis researchers. All this adds up to numerous other clues that before might have seemed random but now give shape to a real theory.

But let's go in order. 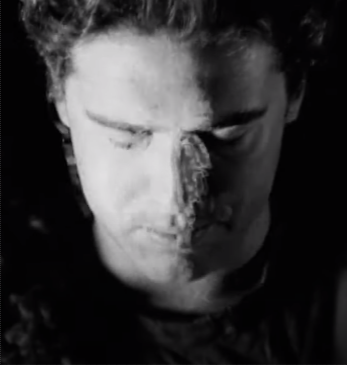 And here comes our theory:

Lucida, Optima and maybe many other members of nemesis, if not all of them, are actually Exogenous.

Exogenous, yes. Somehow the Shaper and the Nzeer would have taken control of the Nemesis members Or anyway are inside their Simulacra, but unable to simulate an equilibrium and a similar behavior, they exagerate all in a Shaper or Nzeer way. They are egocentric and fearless like gods inside an human body. 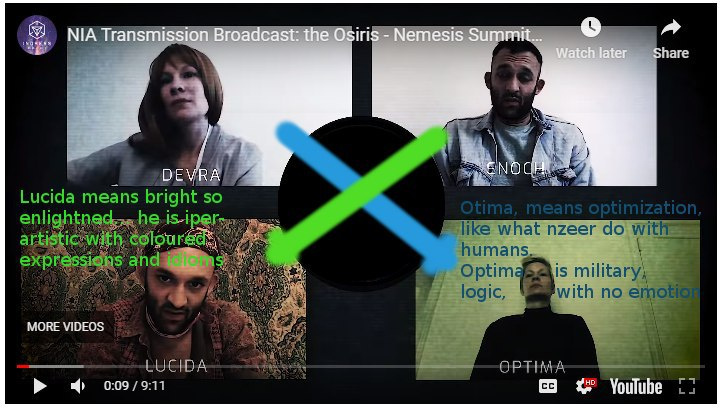 A further clue could be also the code name of the nemesis researchers, initially we thought they were just "font" names but if we analyze them well they all have a meaning (that we have discovered or that we have yet to discover: Courier is the courier, the one who brought the RPE technology from one world to another Aurora is Lightman who just through the colors of the light spectrum created the Nemesis alphabet, Myriad could have been named so for having erected a barrier that prevented the exogenous from entering all the other realities of the multiverse, and so on...

Lucida and Optima? Lucida means bright, reflective and would be therefore connectable to the Enlightned (and therefore to the Shaper) while Optima could indicate the optimization of the human being.

Lucida and Optima, Enl and Res, Shaper and Nzeer.

All this throws a new light on the current strategies of Nemesis, which would not be working to block the exogenous but to help it overcome the barrier erected by Kureze-Nemesis and which could have similar characteristics to the barriers that are holding the researchers captive.

Helping Nemesis at this time could mean helping the exogenous to enter our world. Some sentences by Lucida seem to further confirm this theory: he is not clear in saying what their intentions are, just asking fake rhetorical questions:

The tessellation membrane can make it easier for the exogenous to ingress. Or it can make it impossible. Guess which thing we want to do - Lucida

So, we are guessing and the answer isn't so obvious...

Please NIA don't Trust Nemesis they can be not who they are telling us that they are...

(From an idea and suspects of the investigator @SiIverSmurfer)