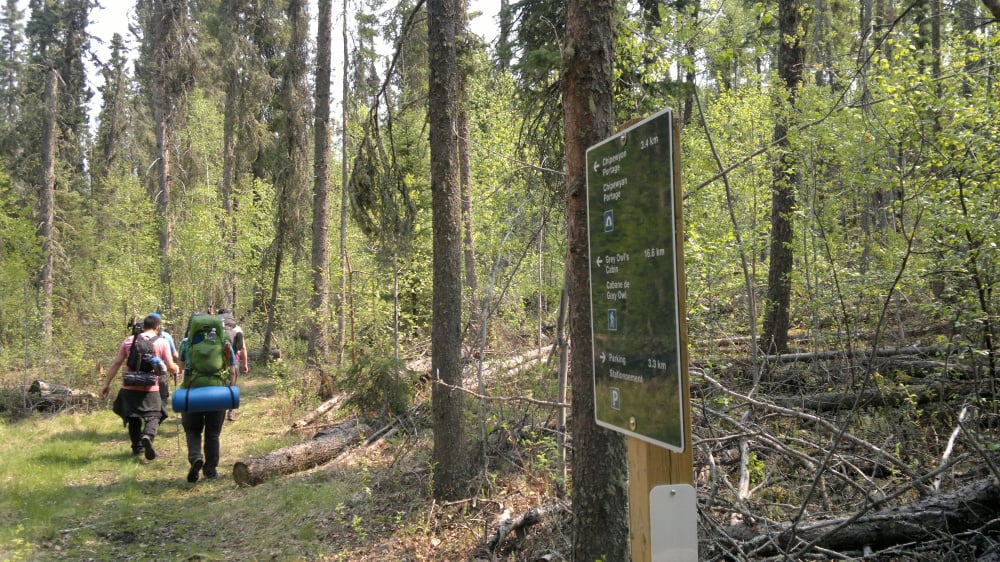 "Far enough away to gain seclusion, yet within reach of those whose genuine interest prompts them to make the trip, **** Lodge extends a welcome to you if your heart is right." - Grey Owl

Located in Prince Albert National Park, towards the center of Canada, Grey Owl’s Cabin is something of a storied location. Both the cabin itself (built in 1931 by author, conservationist, and occasional fraud Grey Owl) and the portal located there have been the backdrop to more than their fair share of stories and adventure over the years. Tales of each have been circulated far and wide in their respective eras, and found many, many receptive ears - from The Adventures of Sajo and her **** People to Nuclear Winter, the significance of this log cabin far outshines its small size.

When the Saskatoon community wanted to do something just a little bit different, a little bit special for Ingress First Saturday, they only had to look a little north for the obvious choice. Grey Owl’s beckoned - IFS was going to go deep into the backcountry!

There were obvious challenges to this plan. For one, getting to Grey Owl’s cabin is not particularly straightforward - the nearest gravel road ends some 14km away as the crow flies, and further by any reasonable approach, so the participants would need to be rather committed to their goal. For another, cell service disappears somewhere on that gravel road and doesn’t reappear anytime soon. We’d need to get a little more creative with our data solutions. There were also less obvious challenges: Grey Owl’s Cabin has quite the reputation regionally as a strategically valuable portal to whoever owns it, and information around our respective satellite data solutions is somewhat sensitive, raising concerns even in a community with fairly healthy cross faction relations.

Amazingly - and to a disproportionate degree thanks to the Res PoC Ixxis - these barriers were all overcome. Sufficiently dedicated and crazy people were found of both factions. Satellite modems were made available. Agreements were made about sensitive issues. Logistical problems were identified and solved.

The Friday before June IFS, the first two agents set off for their adventure. Ixxis and DrkPortal would camp the night in the park, provide important advance boots on the ground, and boat in most of the way the next day. Nothing they found seemed to be an issue - the forecast was agreeable, bug pressure was minimal, and everything was ready to go.

Early Saturday morning, the remaining agents departed Saskatoon, Canada, driving several hours to the trailhead and boat launch before continuing on foot. Trail conditions were excellent, the weather was good without being oppressively hot, and our band of adventurers showed they had the stamina to cover the ground needed. Indeed, there was plenty of time to regroup with the boaters and set up camp at the closest site before heading to the cabin itself for IFS. A couple of curious tourists were even persuaded to take photos and be turned into new Ingress recruits.

I won’t cover what happened during IFS in great detail (though the pictures, which you can find in this Google album, are certainly worth a thousand words) - no one set any AP gain records, and the event as a whole was far more than the two hour window of IFS itself. There was no swag for a winner, just well earned participant buttons for those who made it to a truly unique event. If anything, card games around the campfire were more competitive than IFS was - exploding kittens are a serious matter. No IFS banners were made or completed, though two more people (@kn00dle and @DrkPortal) added themselves to the very exclusive club of people to complete the Grey Owl Trek banner - in DrkPortal’s case, the first missions they’d ever done in 72M AP worth of play!

As might be expected on a project as ambitious as this, there were also a few setbacks. Due to a combination of real world factors that prevented a couple agents from attending, and some technical issues (I’m looking at you, Prime), not enough agents were able to hack the registration portal to certify this as an official IFS event. AP gain was, of course, negligible. There were certainly some blisters and physical hardships. But none of them damped the spirit of the event, and it probably wouldn’t have been as worthwhile if it had been too easy.

All in all, everyone involved has called this a great success. We did things that no one had done before. We had a fantastic weekend with good people, all of whom shared an interest in both Ingress and outdoor adventure. Around a campfire, with a cold beer and no cell towers for miles, faction differences melt away and we’re reminded that we’re all just people - crazy people who play a crazy cell phone game. While we are all parts of our faction communities, it’s a good reminder that we’re all a part of the larger Ingress community, too, and it’s a pretty remarkable community to be a member of.

This is, to our knowledge, the first IFS event held without cell coverage, the first IFS event held in the backcountry, the most agents ever at Grey Owl’s Cabin at once, and one of the finest cross faction events we’ve attended. Many agents have done the AP grind in urban centers, but this allowed us to show more agents a completely different side of Ingress that many never get to play, one where just a single portal can be worth great effort. We challenge all the other communities to take up the mantle of a new and adventurous IFS - or join us in June 2020 when we do it again! 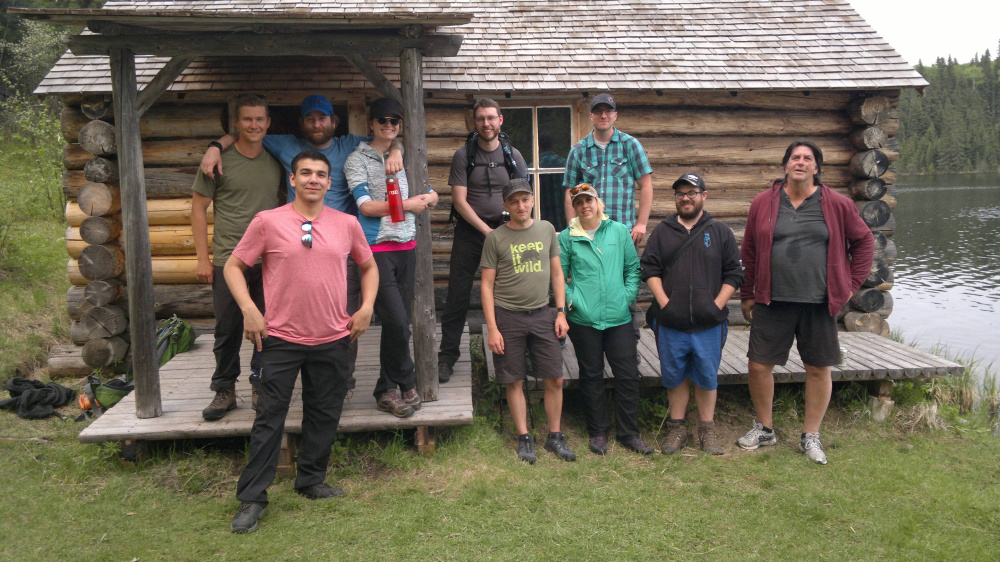