Putrefactio - @Truthseeker and his dragons 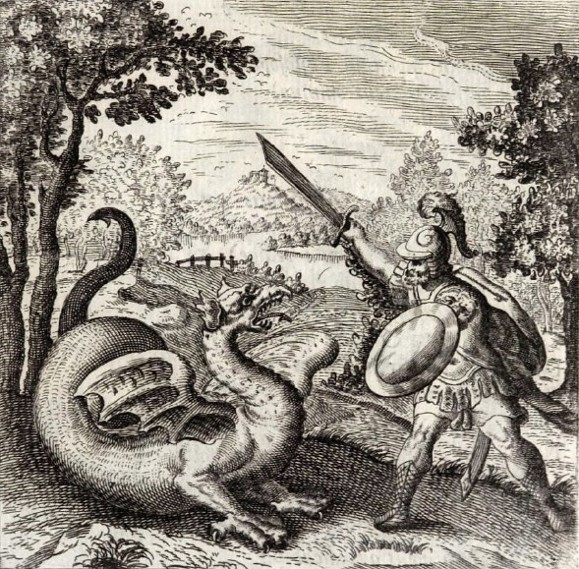 As some of you might know there are three aspects that interested me most: glyphs, dark xm and the possible existence of dragons. I've been silent and hiding for a while nlw but I think it's time to reveal some odd facts again. Please forgive me to open this Pandora's Box. This investigation initiated for me in 2015 and it was getting a hunt leading to this post today. A hunt for an xm or dark xm created beast. The krakow manuscripts with their dragon paintings fascinated me since the beginning. Later with the glyph studies the symbolism of the dragon once again came to my mind. The Techthulhu examination again revealed details filled with this mysterious monarch entity. For that and in response to Edgar Allan Wright​​​ question about possible secondary archetypes I wrote about shadow archetypes and the jungian dragon.

DISCLAIMER - POSSIBLE HIGH XM EXPOSURE AT YOUR OWN RISK

You’ll need a print version or ebook of Ingress: Origins for this investigation. I want you to explore my insights by yourself making your own thoughts about

H. Richard Loeb​ and the dragon

At the end of Ingress: Origins there's one page illustrating a scene between Loeb and A Detection Algorithm​​​. It's about their romantic relationship and their speculated status of secret lovers. In this scene’s room what I would assume to be pac's private habitation you can see three different paintings at the walls. One of them caught my eyes. A knight facing the dragon and it’s deadly breath. I searched through the world wide web and finally found the source.

I was really embarrassed to see a medieval alchemist's painting in PAC's room. That picture’s meaning could be when you work in the lab, one of the aspect is the **** of the matter, and the other is the link between the matter and you, your aura, your psyche. This is a very important law : the interdependence law. What you generate in other, you feel it too, in backward ! Not only in the lab, but also everywhere/time in your daily existence! When you face the Dragon you die with it. It is fully an energetical and psychological process that takes place in the Alchemist.You manipulate lives, life, forms of life, and as a bringer of Secret Fire, you are responsible for your actions and its applications.

As above, so below.

It's possible that xm or dark xm created beasts emerge in our minds. There's no light without darkness.

It's my belief that PAC had this painting for a good reason. He knew he had to face his dragon by creating ADA. But only he could give answer to this and other questions. We can only speculate about. Now Nemesis is coming. Is this the new dragon @Truthseeker is facing? Will this dragon devour us all?