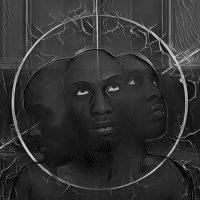 I've been thinking about some tweaking to the cost and rules of deployment of resonators that might benefit rural and solo players, w/o making things too easy for the other players.

In my idea, there would be no limit of deployments per resonator level. Instead, the cost of deployment would increase exponentially! However, the decay rate would be greater for every subsequent resonator of that level deployed by one player. This would make L8 portal made by eight players long-lasting, while a solo player could accomplish the same, but with a greater cost and less duration. A L1 player would have more slots to fill in the long run, making the game more dinamic for begginers.

I would keep the level limitations - that is, a L5 players still cannot deploy L6 ,L7 and L8 resonators. (Maybe he could do it for an hour with a new - purchaseable - item? wink,wink. @NianticCasey @NianticBrian)

Anyway, here's my table with suggested costs of deployment: