I found the character limited as i can't actually copy and paste my full story in one post you can read on to the comments in this post to get the full story. Not sure if this counts as a sitrep but it is a traveling story!

When Abaddon Prime was announced, i knew the moment it popped up that i would have to go to it no matter how i got there. The original Abaddon was an anomaly that was a starting point for me in many ways and had been my first anomaly on ground. It was the first time i challenged myself to travel for what i thought, at the time, was just a game. I had no idea if i could handle it because of my health and i had no idea what to expect. In my small town, Oakland California did not have the greatest reputation but i was somehow convinced to go and there was no turning back after that point. Keep in mind this was before i became who i am today or who the communities made me. I was not involved in storyline/lore investigations, i had never seen swag made by the communities, i was barely involved in other communities. I thanked Hank Johnson for being part of the team that made this amazing game, yeah i was that sorta newbie. Oakland Abaddon, on December 12th 2015, changed all of that… So there was no way i would miss the second round 4 years later.

Second round meant though, that i would have to fly….. I had never flown in my life, in fact i was quite terrified of flying. To the point it would make me sick to think about flying, to see a plane or helicopter, or even get close to any flying box. I am a logical person and my brain knew they were one of the safest ways to travel but my subconscious has always been too terrified. There are plenty of times i have almost passed out and have gotten sick from not even being on a plane but from being around one or watching one take off or land. One of the biggest things about Ingress though is traveling. One of the biggest goals i have had is visiting all of the places i have found for people to get intel drops at, places of interest in storyline, and ultimately anywhere Ingress could take me, so i knew far before Chicago that i would have to do this at some point. When Chicago became not just the second round of my first on ground anomaly but also a lore hub and the end of the Osiris sequence, it became very clear that Chicago would be just like Oakland and change my life. I would be challenging myself in new ways and facing one of my greatest fears, but i wouldn't be doing it alone.

From the first day i decided i was going, i had outpouring support. The communities cheered me on, gave me advice for the flight that would be the key to getting me through it, and was there for me every step of the way. From the moment i bought the ticket, to becoming an ER for the event, to standing outside the parking garage of the airport. I was terrified and i didnt want to move. Waiting for the bus was nerve racking, because it was another experience i wasn't thrilled at. Public transport isn't a big thing in my local community because we are really small and barely need it. The thought of someone else driving me down a highway, while i was unbuckled, was not a pleasant one but i had driven seven hours to get down there and i had already checked my car in. I had no choice.

I had a moment right outside the doors of the airport where i could have turned around. I wanted to… It was huge, nothing like the tiny airport a town away from mine. I could have easily gotten lost as i was by myself. Yep, i went and did this without anyone physically driving down with me and getting on the plane with me. But my phone buzzed like it always does and the community told me i could do it. Yeah, anyone can say this, but when you have chats full of people saying you can, it gives you every ounce of courage you need. With their guidance i found my security check in, i found my gate, and i waited over 2 hrs for my flight. 2 hrs where i was a jumbling, shaking, sick to my stomach mess with no caffeine! Nothing was open, it was 3 in the morning, but Ingress is never quiet when you don't want it to be.

While I was personally by myself, i wasn't alone. I had more agents messaging me, updating me on my flight, and looking out for me that it felt like everyone was there with me. They made jokes, they made me laugh, they kept me occupied and calm so that i wouldn't run. They told me how to check in the bag i had already paid for, which i had not known i needed to drop off somewhere, and they helped me get the courage to talk to the other people on my flight. When my flight was delayed and my pilot went missing i panicked but everyone reassured me. I had agents even looking at different flights for me so i wouldn't miss chicago and advising me not to schedule for another flight yet until mine was cancelled, which in the end they found a pilot.

When i finally was called up to boarding and stuck in line, agents convinced me to keep walking. They gave me the courage to touch the plane while i waited for a woman to stop screaming at the flight attendant and even helped me speak up so i could get past her and not turn back. They went over details of my plane to help my logical mind think as we waited to get the ok to take off, and they convinced me to look out the window, to see the world. When i was told there was a storm ahead of me, everyone reassured me i would be ok and gave me advice on how to deal with turbulence. When we finally got to the point we would be taking off, they all cheered me on and prepared me for the take off. Every second they were there until i had to put my phone on airplane mode and even after that they tracked my flight and left me messages to read the entire time.

I was told take off would be the worst but the worst part of it was my phone no longer buzzing with messages. I couldn't get wifi to work almost the entire flight but i remember every piece of advice i was given and tried it all. One of the biggest things was looking out the window. I was so scared to do it but when i finally did it was amazing. It was like the Intel map in a way, i could see the world divided by roads and pieces of land. It's something even google world and maps can't replicate completely and it was mesmerizing. I got to see the top of so many clouds for the first time, and so many gorgeous mountains. I saw so many different places i have never visited, so many places dramatically different from my hometown. And I would have never looked if it weren't for those Buff quotes. The first round of turbulence sucked to experience by myself but i luckily didn't run into a lot of it alone. When i finally got wifi and reconnected with the community, they shared my excitement and guided me the rest of the way. 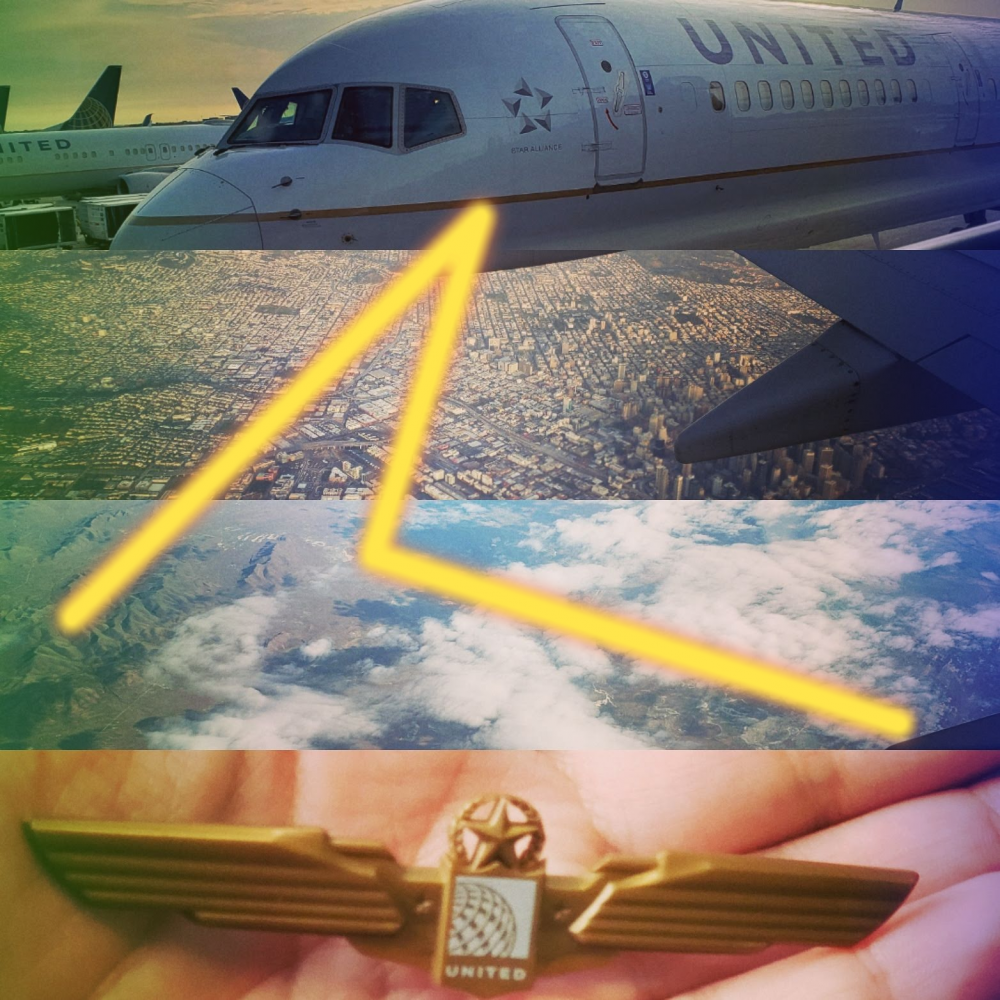