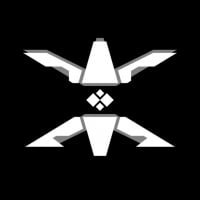 I have saw before a lot H6 news but i have never tried before. It was already my 2. time recursion. I am trying some different ways to get ap and level up. So i decided to build one.

I was visitied Sömmerda serveral times before. I know there are a lot portal there and almost not active ingress player there. It does give the chance.

It's just a little unfortunately, There was some lag from Ingress, which slow down the process. There was also some strange problem, like some portal i just want to temporary glyph out one or two keys. It still took me about 20 min to requst one or two keys from one portal even i used HS. Which also caused i used a lot HS on the way of building. On 18.03.2020 when i try to glyph out enough keys for the midpoint, it was 19 keys from 20 times hack. I glyph first 20 min with 4 times then i used HS. I had still not enough keys after that and had to used JV and HS to glyph again.

One of corner is official center of the district of Sömmerda.

In order to build 3 zerofild, two extra portal were used. One of them is a little way form the main area. Therefore the longest link is about 5.6 km. 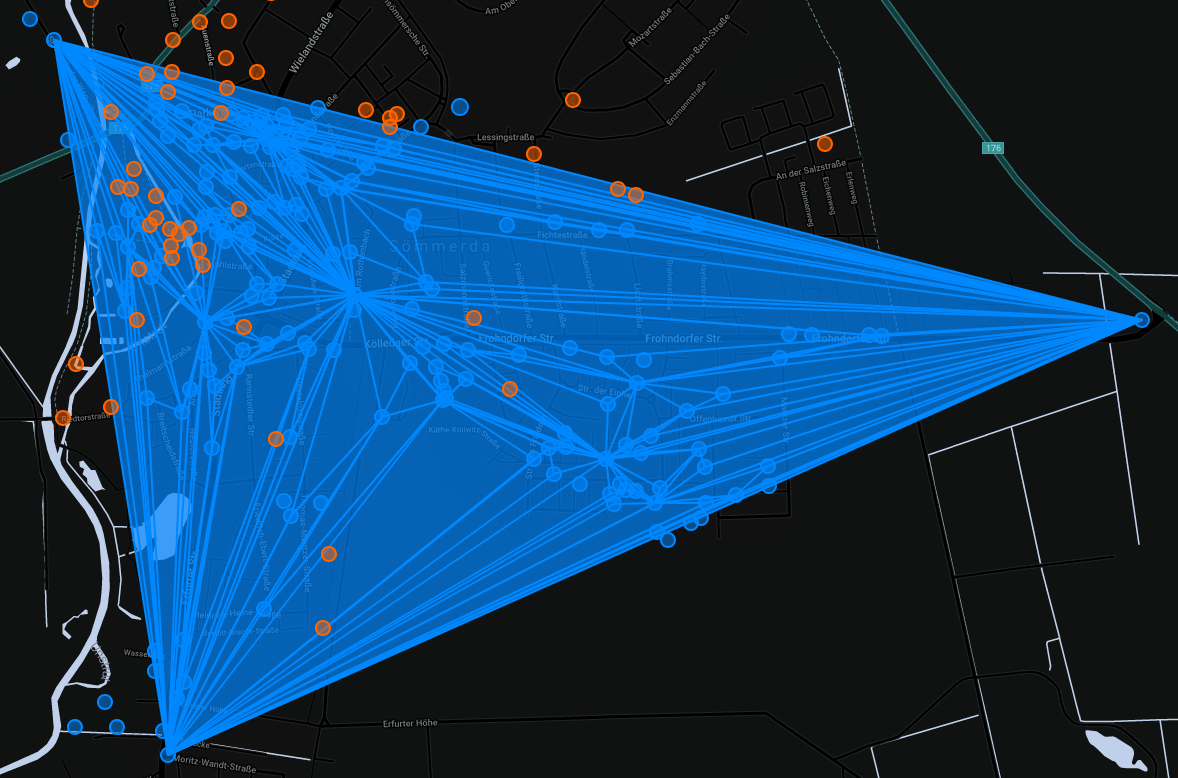 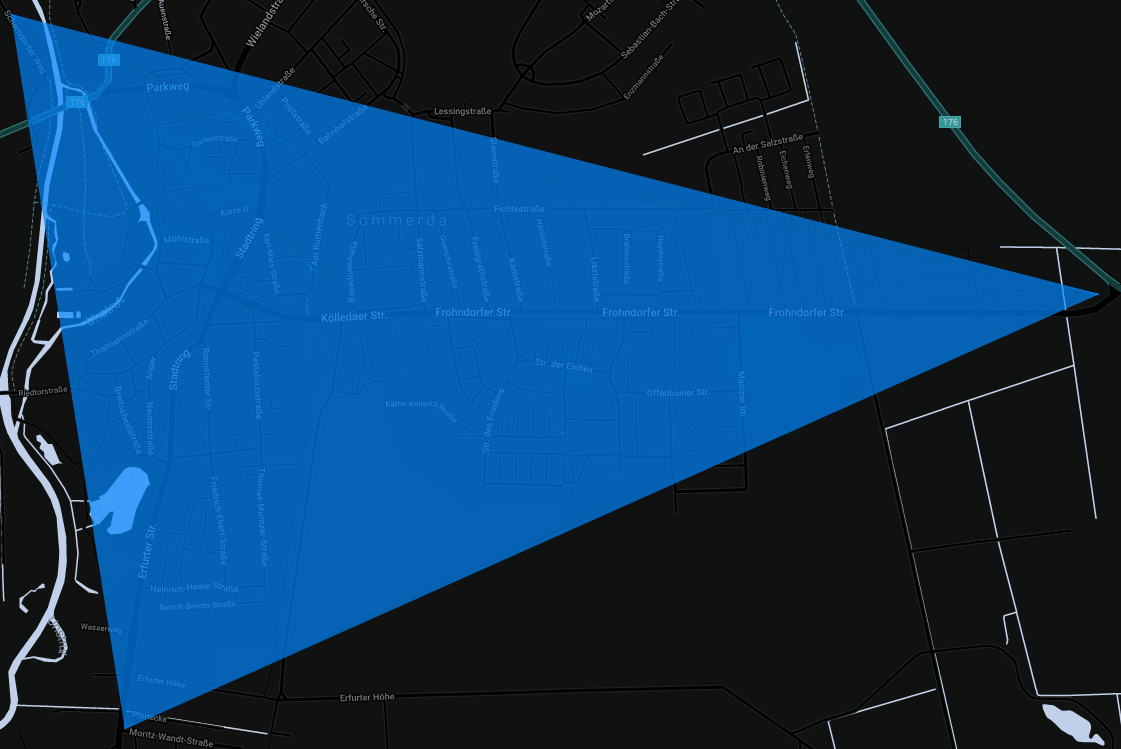 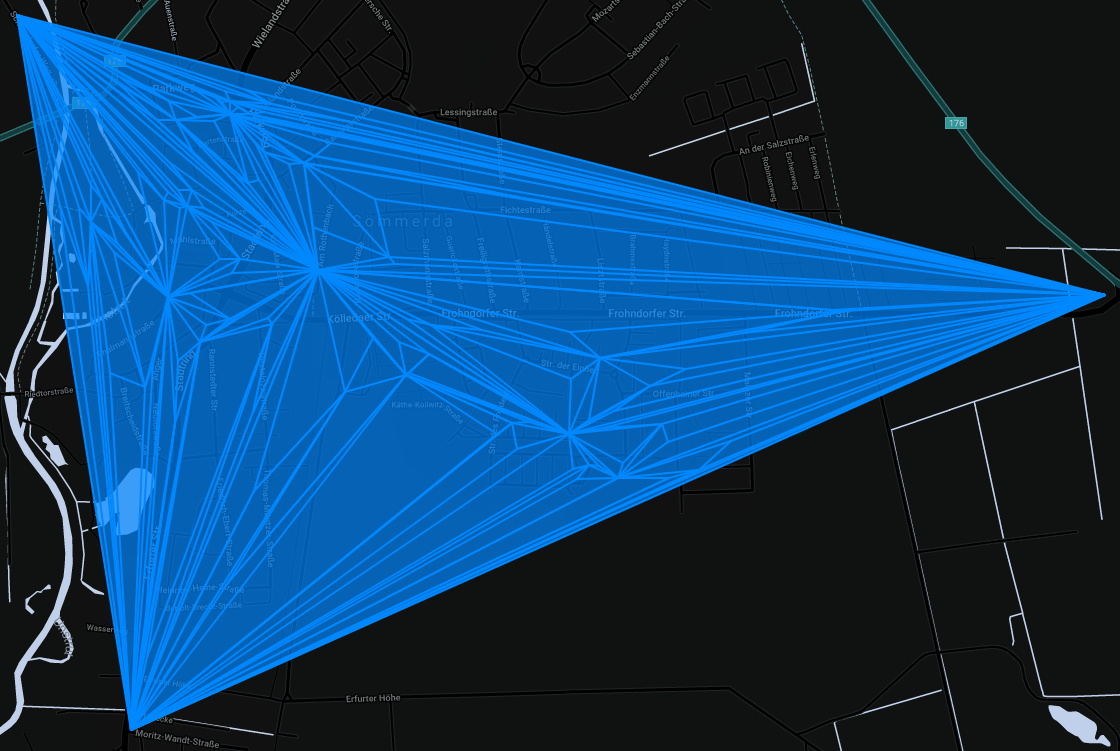