Re: Active Sync and the Trekker Badge

Here is the link of the interview https://community.ingress.com/en/discussion/12307/iueng-q-a-sept-30-2020#latest

The condition to recurse is to reach level 16, as everyone knows.

@NianticBrian This ABSOLUTELY needs to be opt-in rather than opt-out. Stalking has been a real issue with Ingress all along, and Niantic needs to show they are serious about the safety of their players.

@NianticBrian on some serious stuff my dude; please fix this! Especially in these times we don't need people having the ability to dox others. Make it to where any information that's out there needs consent to be used or shared.

I would prefer not to have them linked. I have to deal with enough in game harassment, I'd like to have it limited to only one game if possible.

The only time I can see this New feature being helpful in Ingress is if they allow you to friend teammates, so that they know when you’ve been active should they need help. But if anybody on your faction, whether you know them or not, can see it then I would not want this option at all.

Re: Make the Ingress great again!

@vojtuss Redacted is never coming back. You have to let it go.

RGNN has gathered some information on the new Kinetic Capsule. These details were mentioned by Niantic employee Fumi during a Japanese live stream. This is what we know:

🔹 Agents need to be at least Level 6 to use the Kinetic Capsule.

🔹 Agents will need to select one of the four recipes and put items which match the recipe into the Kinetic Capsule.

🔹 Agents need to walk a certain distance. This will spawn Very Rare items inside the Kinetic Capsule according to the recipe used. 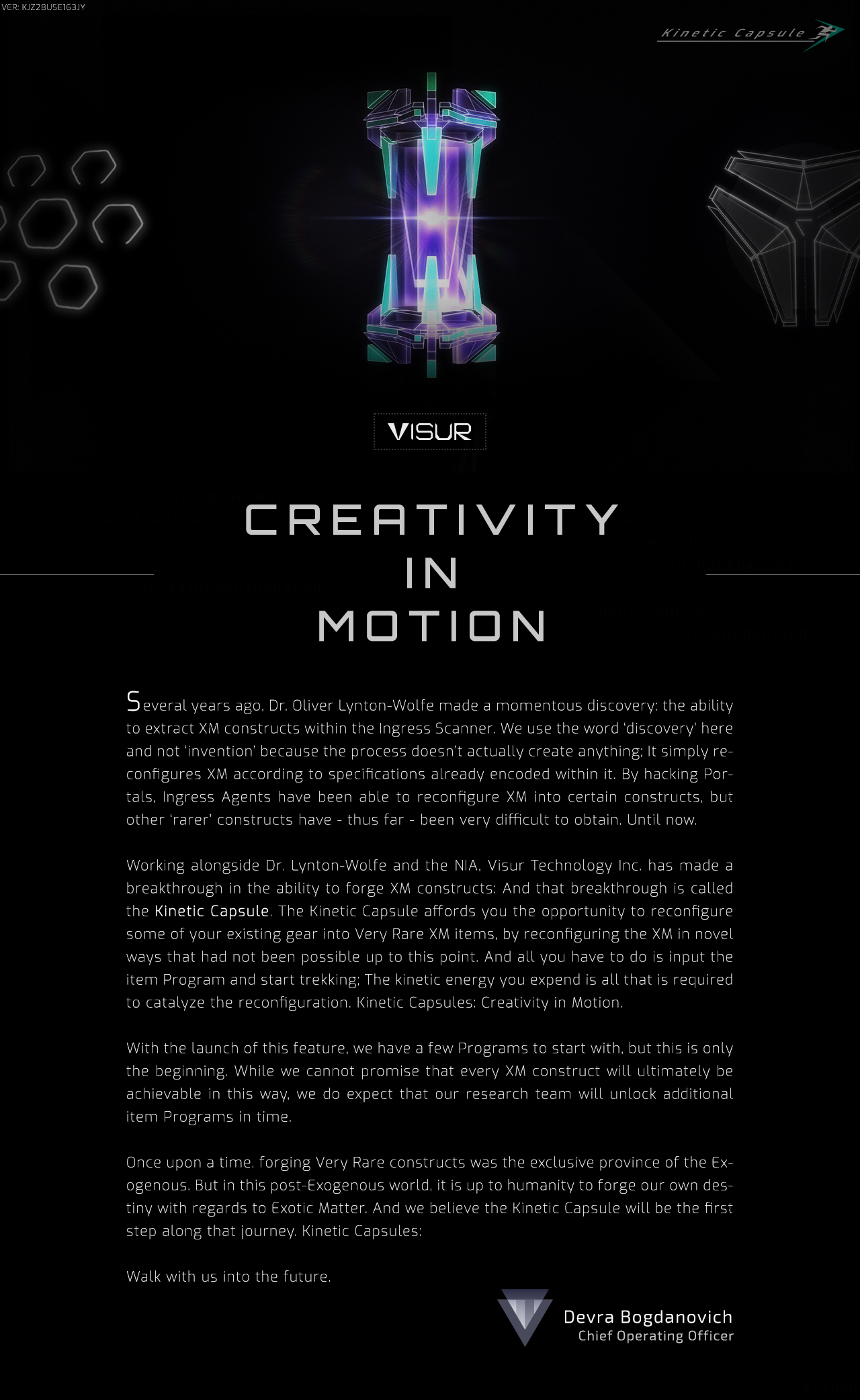 Potential fix: Unable to create a Link to a Portal until restarting the app.

This holds the most excitement for me. Restarting 2-3 times an hour sucks.