Re: World Record in Ingress

@oscarc1 There was a bug in a math library that Ingress used. If you managed to hit just the right set of conditions, including three portals in a straight line and throwing the links in the right direction, Ingress would draw a very tiny sliver field but calculate the MU for the "outside" triangle. I unknowingly did this one morning and Ingress calculated the MU as though I'd covered the entire earth and it used the population density of Oakland California to do it. I wasn't the first to stumble across the bug, but I was (almost) the last.

Niantic "fixed" the bug by moving one of the portals a few feet. A couple of my friends searched the map and found another set of portals that would work. They each threw the field then immediately Jarvised it so that it wouldn't count for the global MU, then went to Niantic and said, "Hey guys, you need to fix this properly." I've chatted with the developer who patched the server that evening. The library was later fixed properly.

There are a few threads about it on Reddit. Searching for hosette ingress site:reddit.com will get you more info.

You don't need free stuff every single day. Do you have dron over a portal?

Yesterday's action has once again exposed NIA's weaknesses and inability to learn from past mistakes.

I want the old scanner back!

BUT: The action was announced, it was clear to NIA that a record attempt on the old record (also 8.4k links) would be made, it must have been clear that many player actions are straining the servers (comparisons with the anomaly in Dresden came enough over the air yesterday...) .

But that's not all; actually this is only the tip of the iceberg

* The game is and remains unstable. I suppose I'm not the only one who has to restart the scanner regularly because suddenly nothing works anymore.

* Alarm messages about attacks on my portals come so delayed that the portal is down long before I could even react.

* If I notice an alarm it takes ages until the messages load in the scanner. It sometimes takes minutes until I can call the corresponding portal via the Comm messages.

* Today, even calling your own profile sometimes takes minutes (!) or several attempts.

* Instead of fixing the known bugs, Nia prefers to build in one completely useless and meaningless function after another. (NIA profile, portal scans)

==> FIRST the foundation, THEN the house, otherwise everything will collapse - as shown.

With regard to yesterday's Link-Stars, I feel sorry for the orgas who invested hours in planning for a project that was ultimately doomed to failure for technical reasons.

(And this is exactly why I will never participate in any Ifs event. It's structured and encouraged for players to gain AP, yet it's a complete gamble if you get punished for doing it. Naw, I'm not interested in this. Niantic must explicitly and in great detail explain what's allowed and what's not. Not some "personal opinion" of Krug, ex-employee, from years ago which sends mixed messages. Until then Ifs events can ****.)

This is the very first time I witness a WinTrading ban and I really would like to request such effectiveness upon ALL players who WinTrade.

Also, reading this post, I just learned that it is only considered WinTrading if it is publicly stated. And now I'm wondering if that is enough to trigger the ban. What if I publicly state about my abuse intention and then I stay at home, gaining 0 AP?

As always, lacking equality before the banhammer.

Re: About Scout Controller

Although I hadn't considered it before, safety is an important issue that Niantic obviously haven't considered.

I've done about 150 scans since the change to a 15 second minimum and can attest from my own experience that the length of time is far too long. Most portals don't need more than 5 seconds to be scanned, see below examples. The increased minimum time means you are spending more time at a specific portal, often just waiting there for the timer to finish so that you can move on. You're not adding data or gaining quality by standing there, you've already quickly done the scan and should be able to move on. But being held there means you are at the whim of the environment around whilst you wait. The weather, other people, or in the thread creator's case, danger.

It feels awkward enough to have to walk around an object to scan it, now it's even worse when you have to wait around at the portal until you can move on. I've had lots of people looking and glaring, probably wondering why I appear to be taking a video of a playground or random bench, I can definitely see the police questioning the activity. And when asked for proof of the 3D scans, what are we supposed to show them? Other than a badge increment and our name on the portal, there's no evidence that the video I took actually exists and does what it purported.

Niantic need to reconsider the minimum length of time, perhaps if they actually went out and did some scans themselves (I know Brian has, but has his experiences aligned with other players?), they might understand that the 15 second minimum is more of a hindrance than a benefit.

Some examples of portals where more than 5 seconds is unnecessary:

1. Information signs along a trail. Clearly I can't walk around the object due to the bushes, so I all I can do is walk past. Estimated time: 3-4 seconds. 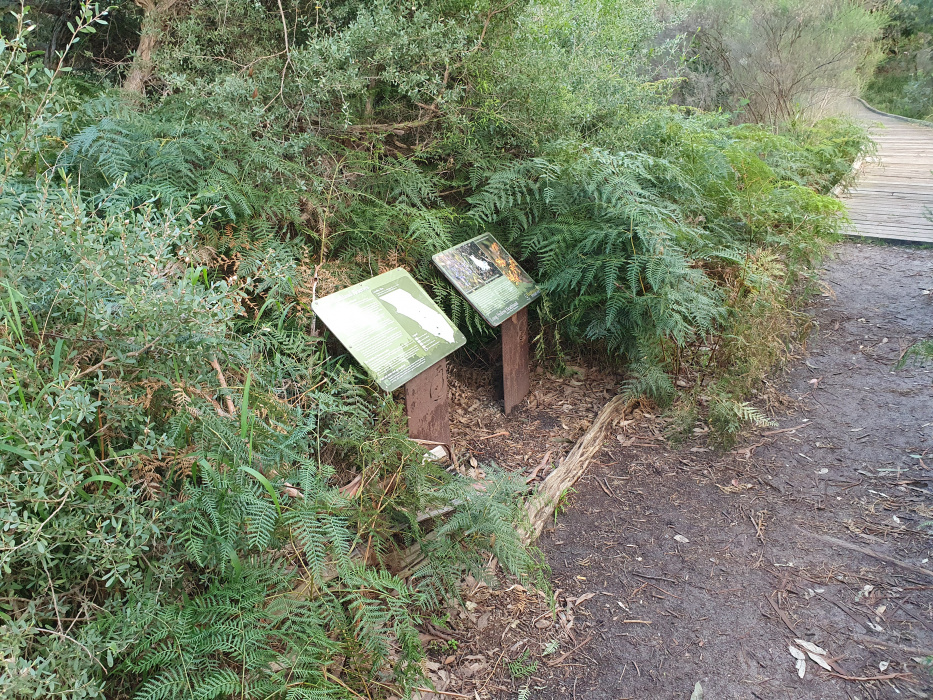 2. An info sign within a fenced off conservation reserve. The sign is easily readable from the footpath, however, the reserve is fenced off with access only available to the council. As a passer-by, I cannot enter the reserve, but I can read the sign. A person cannot conduct a full 360 degree scan of this as they simply cannot access it. So a quick walk-by is sufficient. Time: 3-4 seconds. 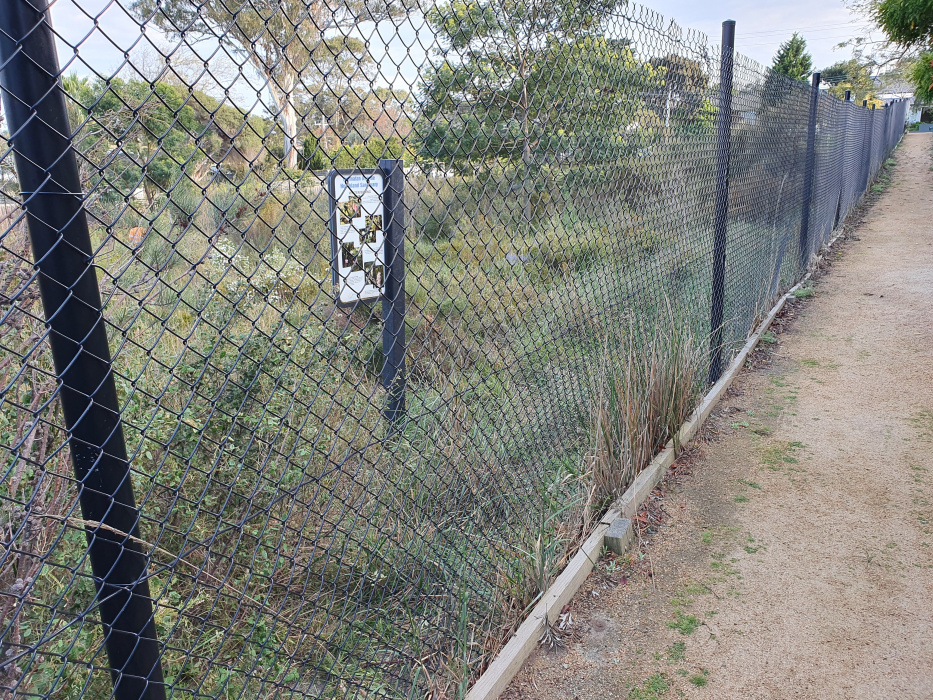 3. A completely flat 2d tile mosaic embedded into the footpath. Literally one frame (or just a photo)) would be enough to generate a flat object with a single texture. Time: 1 second. What do we do with the other 14 seconds? Waste frames, waste data, waste time. This mosaic was also part of a large series of mosaics along a beach walking path, so this example was encountered many times (in fact the other examples were also quite prominent). 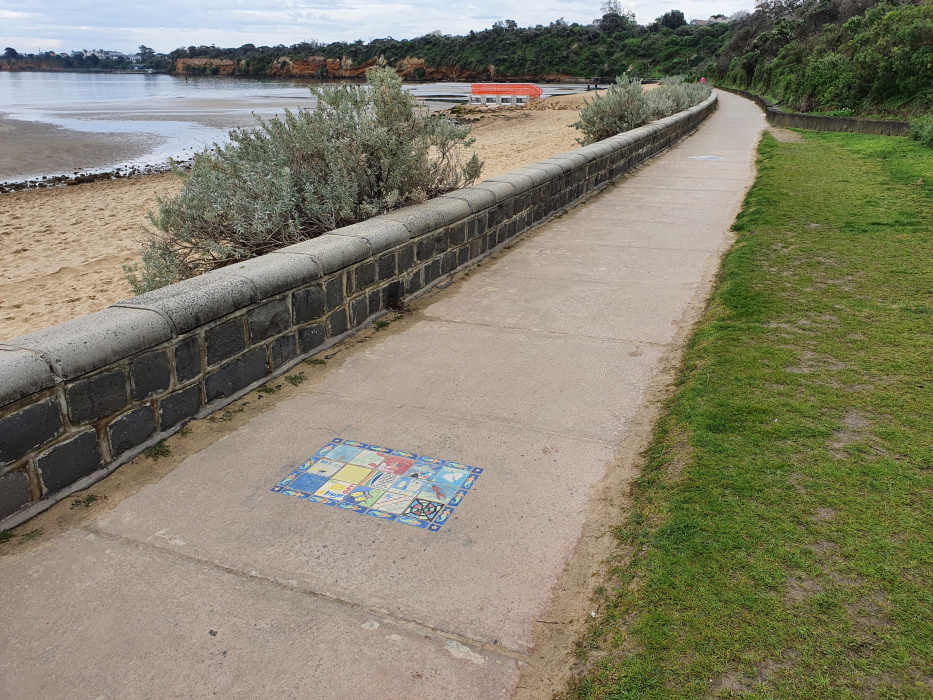 None of these areas or situations were dangerous for me, but adding that element and being forced to wait around does make the situation anxious.

Sure, it could be dangerous so we shouldn't it? Perhaps we simply shouldn't be going outside, the word is scary. We can minimise our own risks as much as possible, but when we are forced to wait at a location, that isn't necessarily a risk that we can control, the risks come from the environment. If we could do what we needed and moved on, we would be in control of the risks (excluding the whole "just don't do it mentality" others posted above).

The people doing scans understand this and can empathise. Scanning isn't something we need to do, hell it's not something that's even fun or rewarded, we do it simply for the badge. If Niantic want 3d data and give no reward (such as AP), then the least they can do is at least make the process streamlined and efficient so that the people doing the free labour can do it efficiently, without risk.

You should now be able to get back into Ingress and load the Map Screen with Portals. We're continuing to monitor and investigate the cause of the issue. If you're still experiencing increased latency or other issues, please let us know via the forum. Thank you.

Once all players are banned, all ops are cancelled because they crash the servers, Nia can simply shut down the game. With the new Niantic profile, players will know which other games their friends play and find them there. 👍🏽

Apparently due to a 4500+ link link star in Europe, the game is unplayable in many other locations including the middle of the United States.

My question is why? Is it the cheaper servers Ingress is on? Did someone turn down the resources again? Or something else?

This really shouldn't be happening.

I get a black screen. Then sometimes I get to see the map. Sometimes I see portals.

It's really getting frustrating. It would be less so if I weren't some 200+ miles from home attempting to play ingress.

@NianticBrian any thoughts? Any way to get the app working again?

Has anyone else had the game just stop working? Either loads a black screen or if it loads the map nothing works, resonators dont load, attacks never launch, hacks end up with errors etc?